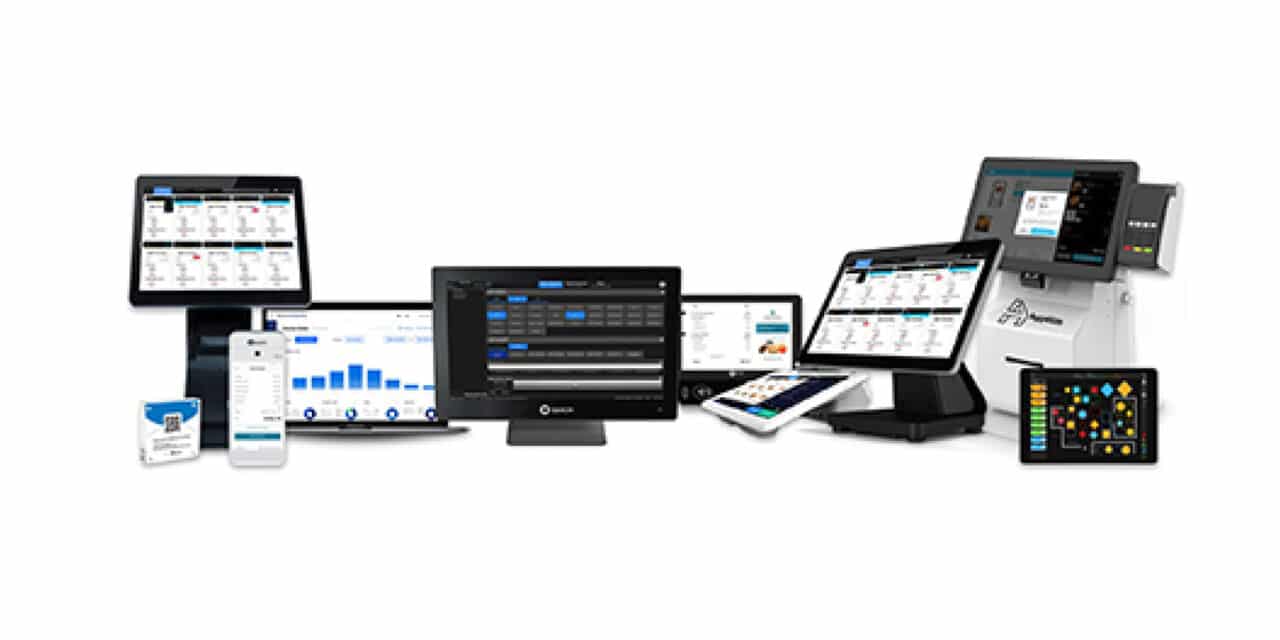 A suite of products from SpotOn, which acquired Appetize in September. (Courtesy SpotOn)

Fresh on the heels of its $415 million acquisition of Appetize, cloud-based, cashless point-of-sale company SpotOn has expanded its footprint in the educational market with 14 new college sports facilities and campus dining contracts.

That brings to more than 50 the number of educational institution clients for SpotOn, which folded 10-year-old Appetize into its operations under the name of SpotOn Enterprise.

The company’s mobile ordering and tap-to-pay technology promises safer transactions, key in the post-COVID-19 world, while reducing transaction friction, and it also works in conjunction with mobile wallets such as Apple Pay and Google Pay.

Wayne Scarsella, SpotOn’s executive vice president of sports and entertainment, said in a release that campuses also benefit by “future-proofing their operations.”

The company had existing partnerships with the University of South Alabama’s Mitchell Center multipurpose arena and Gonzaga’s McCarthey Athletic Center.

SpotOn partners with campus card management solutions, such as Compass, CBord and Atrium, and its system also generates inventory and other data.

Oak View Group, the parent company of VenuesNow, was an early investor in Appetize, having participated with Shamrock Capital Advisors in a $20 million funding round in 2016.

SpotOn was founded in 2017 by twin brothers Zach and Matt Hyman.