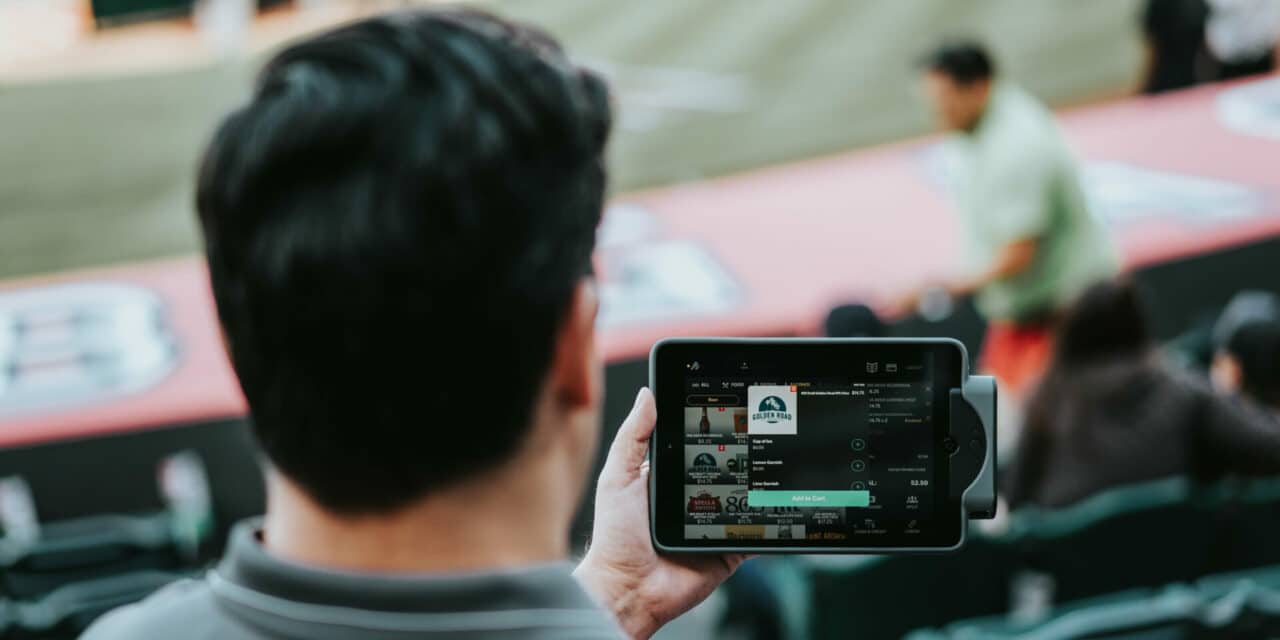 An Appetize handheld point-of-sale device in use at Angel Stadium of Anaheim. The 10-year-old company has been acquired by SpotOn. (Courtesy SpotOn)

Point-of-sale expertise, funding cited as benefits of deal with SpotOn

The acquisition was made possible by a $300 million fundraising round led by Andreessen Horowitz, and the combined company is now valued at $3.15 billion, according to the acquisition announcement.

Oak View Group, the parent company of VenuesNow, was an early investor in Appetize, having participated with Shamrock Capital Advisors in a $20 million funding round in 2016. 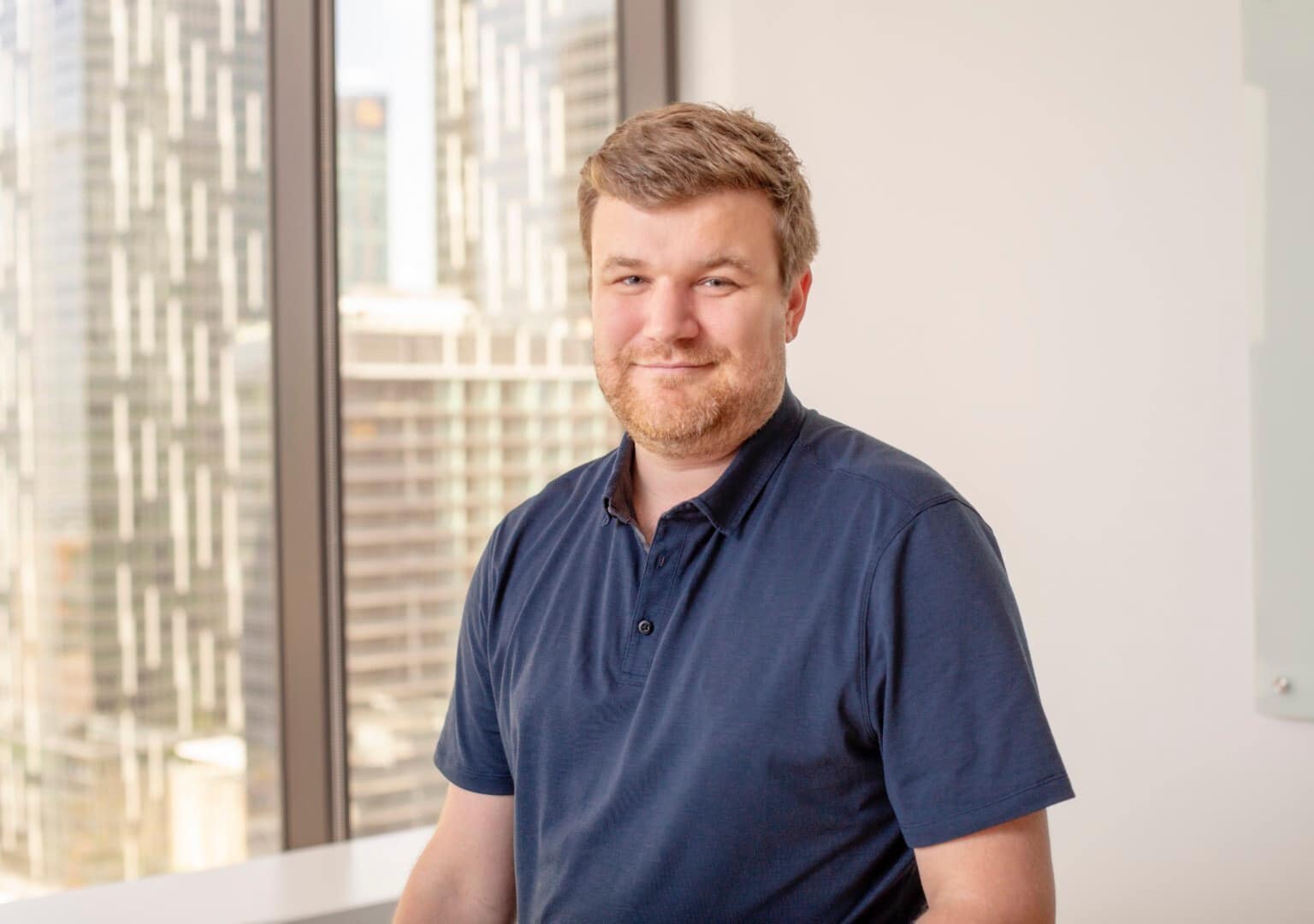 SpotOn, which was founded in 2017 by twin brothers Zach and Matt Hyman, is keen to serve and grow relationships with clients like Live Nation, Louisiana State University, Dodger Stadium and Yankee Stadium while putting its software and customer loyalty and marketing products to use.

In the wake of the acquisition announcement, VenuesNow reporter James Zoltak caught up with Roper, who offered more detail on the acquisition and what it means for the company’s clients operating in the venues space.

How long was the acquisition in the works and how did it come about in the first place?
We started talking with the SpotOn guys around March or so of this year. We had seen each other kind of in this space a bit. They were always very focused on downmarket. We were always kind of upmarket. We had started talking about maybe a referral partnership between the two companies and talks started evolving. Really, there’s this huge untapped market, we think, of having a point-of-sale provider that can go from a mom and pop business all the way up to running a Super Bowl. There’s not really a provider that’s modern that can do that.

How do you feel about some of these investors that are being brought in to help fuel the growth of this combined company?
You can’t ask for better ones. Andreessen Horowitz is No. 1 in the space, very well respected. You say their name and everyone is like, “Oh, Andreessen.” That part is very humbling for us, too, that they see the value of what we’ve built, what the value of us together is.

Will Appetize — now SpotOn Enterprise — operate as a separate entity within this combination or is it going to be more fully integrated?
There will be parts that are fully integrated. I think from the product perspective there’s a lot of things that SpotOn has built that would be super awesome for us to have for our clients and vice versa. I think we’ve built some incredible products like the core technology of the point of sale, some of that stuff that will be awesome and utilized by both sides, but we will be operating as SpotOn Enterprise, definitely, out of the gate to really have that laser focus still on our enterprise clients, which are a bit different, and we have just the right infrastructure to support that right now. But the product side is really where we will see some of the benefits of using some of the stuff SpotOn has built and vice versa.

So, the Appetize name goes away?
Yup. It’s SpotOn Enterprise, part of the SpotOn family, and we’re very excited about that. It’s an interesting one, though, because we started as a mobile app and it was about ordering a beer and hot dog to your seat, and as we transformed into processing the Super Bowl and doing full point of sale, retail and restaurant, we outgrew the name in some form. So, it’s a good transition.

Will your role change at all?
I’m going to be president of SpotOn Enterprise and for the most part, for all of our team members on our side, it will stay pretty much the same with similar roles.

I have to ask about the deal’s financial terms.
We were acquired for a mix of cash and stock for $415 million. I’m very excited that I got the privilege of rolling some stock into SpotOn because I think there is huge upside. Same with my other co-founders and most of the people in Appetize as well. We’re very excited about the upside because there is a ton of room to grow.

What else can you say about how the combination of these companies benefits customers in the venues space? What’s the main takeaway you want those clients to have regarding this news?
What gets me most excited is resources. Obviously COVID has impacted everyone in our space super heavily. It’s a little different than for restaurants that have takeout. There’s no takeout at Dodger Stadium, right? For us, the ability to have the floodgates open to hire more developers, have more operations folks, have more customer success managers — all of our clients are going to feel such a big benefit from that. That gets me really fired up. Also, having access to such amazing team members on the SpotOn side, experts in restaurant, experts in retail. Those aren’t a dime a dozen. There aren’t a million quick service point-of-sale experts in the world. They have a bunch of them and we get access to that.

Is there a bit of a race among contactless technology companies to stake out territory as the pandemic has accelerated adoption?
Definitely. It’s been interesting because a lot of our clients, especially on the sports side, a lot of those venues didn’t have contactless. They were on legacy hardware and it forced a lot of conversations, like, “Hey, we were going to do a POS upgrade in 2024, but we’ve got to do it now, because we don’t have infrastructure to do contactless or mobile ordering or any of those types of things.” … Obviously, there was probably a good year of “What’s going to happen?” but the last six (to) nine months have been, “All systems go. We’ve got to have contactless everywhere.” Now all the articles coming out are saying contactless is the future. We’re like, “We’ve been saying that for 10 years, but sure. It only took a global pandemic to have everyone understand that.”