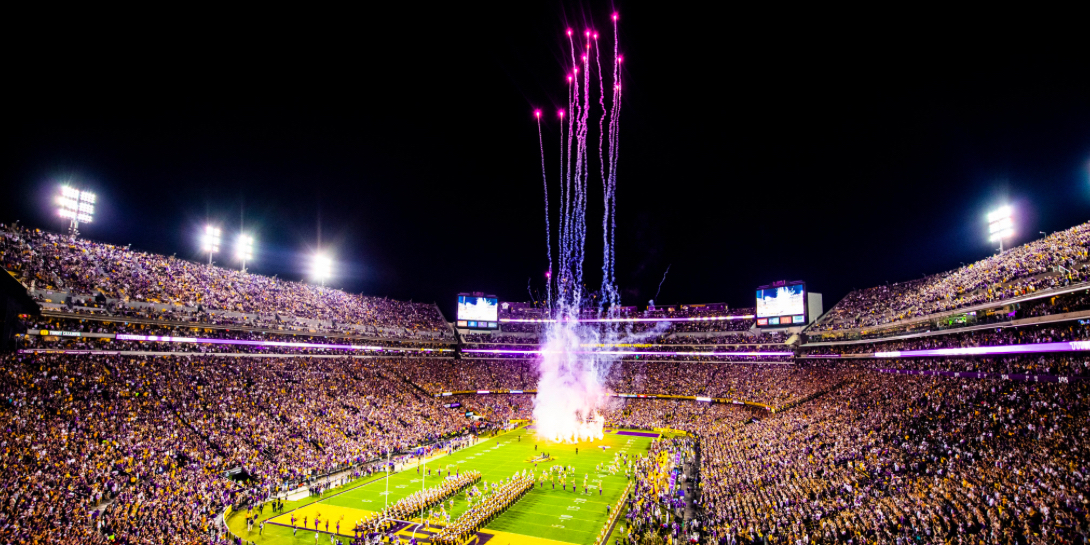 Officials at LSU’s Tiger Stadium are doing their first total field replacement in about a decade. (Courtesy LSU) ‘This is iconic’: Free LSU turf quickly finds new homes It took Louisiana State University football fans less than 10 minutes to clear a campus parking lot of more than 3,300 slabs of Tiger Stadium sod during a planned two-hour giveaway at the Baton Rogue school Dec. 2. LSU, the top seed in this year’s College Football Playoff, had announced it would replace the field and improve drainage at Tiger Stadium after the regular season. But when the announcement came on Nov. 30 that a late afternoon two-hour sod giveaway was scheduled for two days later, things got interesting for fans. Local media reported that hundreds of LSU fans were waiting at the giveaway site by 10 a.m., six hours before the appointed time to pass out the grass. “We did not […]
To access this post, you must purchase Subscribe to VenuesNow – 1 Year, Subscribe to VenuesNow – 2 Years or Subscribe to VenuesNow – 3 Years. If you are already a member of VenuesNow, please login here: log in