Tennessee Event Center On Its Way Up 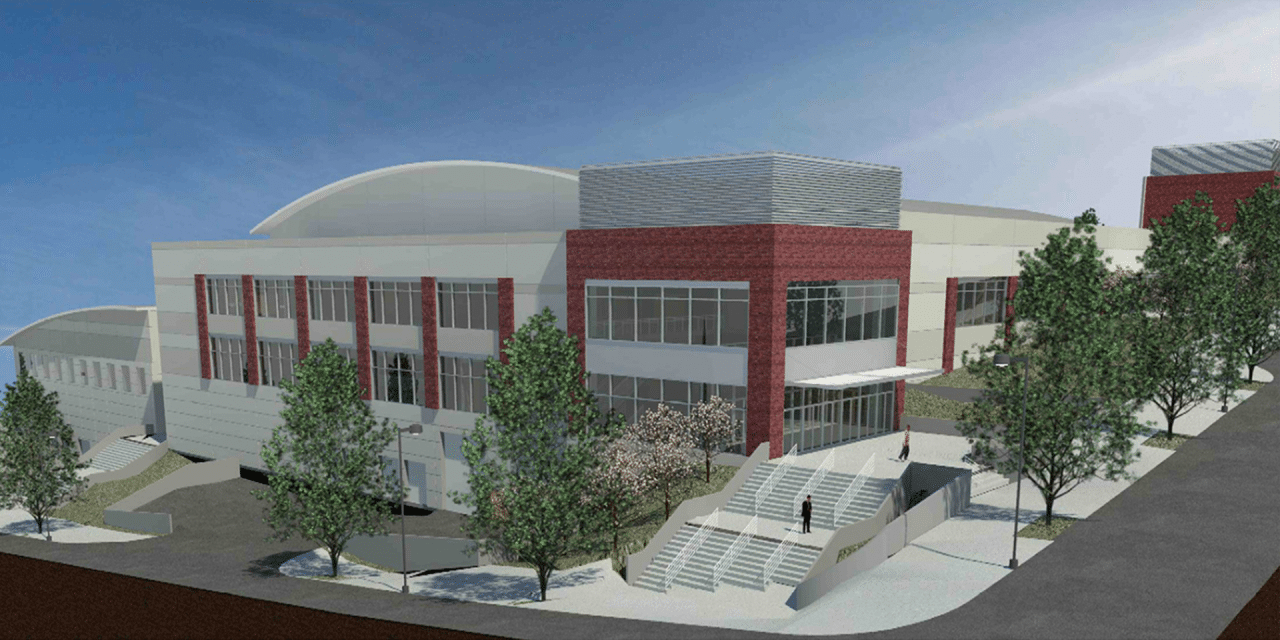 The Montgomery County Multi-Purpose Event Center, shown in a rendering, will have seating for 5,000 and be the home of Austin Peay basketball. (Rufus Johnson Associates)

NHL’s Predators Will Run Arena Being Built in Clarksville

Three months after the groundbreaking ceremony for the $105 million Montgomery County Multi-Purpose Event Center in Clarksville, Tennessee, the project is facing an uphill battle only in the literal sense.

The venue is going up on a square block in downtown Clarksville — a city of about 160,000 that’s 50 miles northwest of Nashville on the Kentucky border — and it’s not the flattest spot in town, said Danny Butler. He oversees the event center for the building’s operator, the Nashville Predators of the NHL.

“The biggest part of this part of the project is just the moving of dirt,” said Butler, who is the Predators’ vice president and general manager for the two Ford Ice Centers operating in the Nashville area. “The elevations from one corner to the other corner are something like 60 feet. So it’s balancing that out so the building has more levels.”

Despite the heavy lifting involved in grading the site, Butler said, things are moving along as scheduled. “Design is pretty much done,” he said, with the caveat that things can always change. Convergence Design is designing the venue with Rufus Johnson Associates, and Skanska is the general contractor.

The 300,000-square-foot building is scheduled to open in fall 2022 and will have about 5,000 seats with “a handful of suites, meeting areas, VIP areas, things like that,” Butler said. The county is financing the construction.

Austin Peay State University will be the primary tenant, and its men’s and women’s basketball teams will bring Ohio Valley Conference basketball to their new home court. The programs will have a practice court, locker rooms, offices, video rooms and training rooms at the facility.

“For Austin Peay, it really is going to be a great space,” Butler said. “They will have the nicest facilities in the OVC.”

Besides the main arena floor, the venue will have a second sheet of ice. That will allow it to give residents a place to get acquainted with skating through youth and adult hockey leagues and regional tournaments as well as learn-to-skate sessions, just as the Predators’ Ford Ice Centers have done in the Nashville suburbs of Antioch and Bellevue.

The Predators will handle booking for the center, as well as handle sponsorships. Concerts, banquets, conventions and trade shows will be part of the event mix for a venue that’s being built with versatility in mind.

“We wanted to make sure we got everything out of it so we could be allowed to do anything in the building,” Butler said. “So the seats retract all the way around the arena so we can get monster trucks in there or a big dirt bike show. The steel of the ceiling will allow us to rig almost any show that comes out.

“That was important to us. We didn’t want to have to say no to anybody.”

An RFP has yet to go out for a food and beverage provider, but the planned gathering spaces should prove attractive to both prospective concessionaires and Austin Peay fans, who have more limited options at the programs’ current home, the Dunn Center, which opened in 1975 and seats 7,257. “We’ve designed some beer gardens, and there are some cooler higher-end concession bar spaces.”

The journey toward the new building started seven years ago for Butler when he attended a meeting with city officials alongside Predators President and CEO Sean Henry. The thought then was to build a facility with two ice sheets in the area, with the nearby U.S. Army post Fort Campbell in mind.