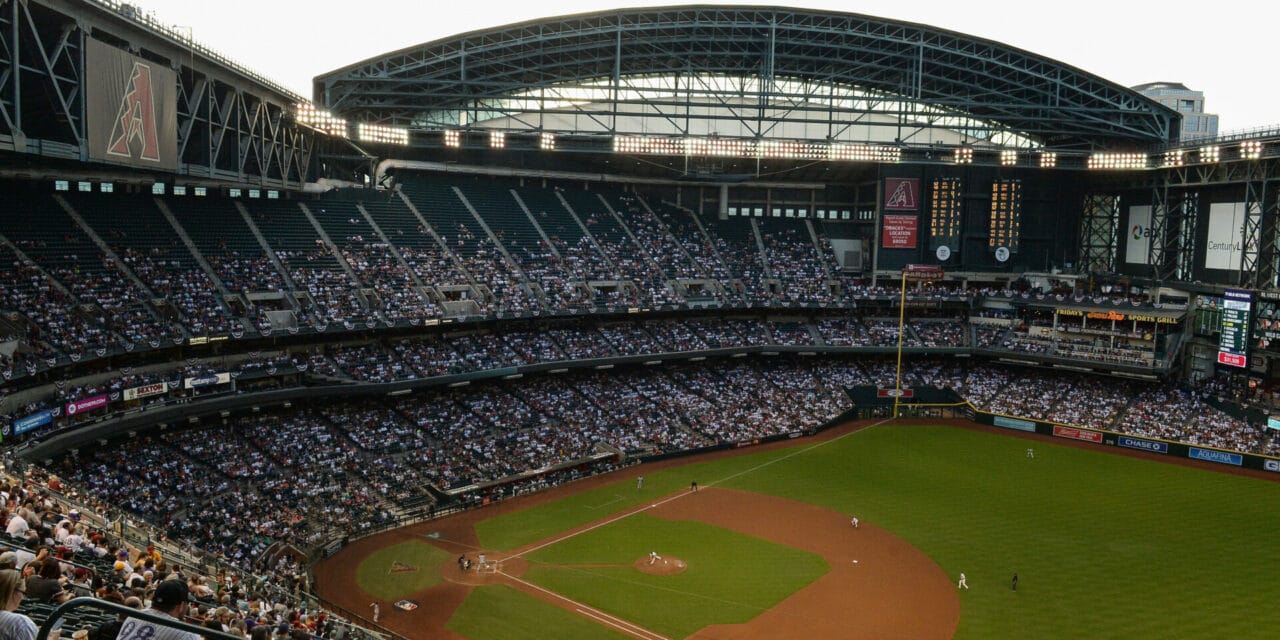 Connecting Dots Between Team And Artists

“This all started a handful of years ago consulting for a couple of Major League Baseball teams,” says Shank, who left Red Light Management to start his own Terrapin Station in 2020, where he produces tours including the upcoming 80-city Disney Junior Live tour. “What we found was that in addition to the big stadium shows that they were producing each year, there was a need for more content in the stadium, in the adjacent facilities, the parking lots and practice facilities. So we’ve been having a lot of conversations, connecting these teams to various opportunities — traditional, and non-traditional.”

Along with supplemental and adjacent entertainment at the facilities, Shank explains his company’s role on ticketed stadium shows as connecting the dots between facilities and artists that may not work together frequently, in a year where more and more stadiums are announcing major ticketed concerts.

“Sometimes if a team wants to take risk on a show, we may help them put in an offer with an agent on an act,” he says. “We’ve done that for several stadium-level acts when the teams are looking to produce their own shows. We’ve also helped consult with the teams to let them know who would be coming into the marketplace in future seasons so that we can help them get ahead of the offers that they may want to make, or partnerships they may want to do with third-party promoters.”

Most stadium concerts are part of larger runs produced by major promoters like Live Nation or Messina Touring Group, who will often work directly with the venue when routing tours. Shank says his company’s sports division sees all supplemental live entertainment at the facilities as a positive.

“The key ingredient here is that for every show and every piece of content that goes into these facilities, it’s a win. When Live Nation brings a show into these facilities, it’s a high five for us, because all that means is that these teams are winning in terms of bringing more content into their facilities. The message is that we want everybody to know that our goal is literally just to help create more opportunities for promoters and for producers to be able to bring their tours and touring properties and entertainment properties to these facilities, which, outside of their sporting seasons, are largely left unattended.”

Terrapin Station Sports is also programming entertainment for The Star in Frisco, Texas, the Cowboys’ practice facility that can accommodate 17,000 guests, which Shank says could regularly host live entertainment.

“We really feel The Star has a chance to be developed into its own headline facility, so to speak,” Shank says. “We have about a dozen offers out right now for 2023 to various headliners at the Star in hopes of getting a handful of those confirmed for next year.”

While the trend has always been to make use of venues as much as possible, sports teams and their facilities seem to be ramping up, from the very top of the organization.

“The Cowboys have been incredibly supportive of our ideas to bring entertainment to The Star and to and to the stadium,” says Shank. “They are incredible partners because they are so open minded to our ideas and really do want to be a leader in this space.”

“Professional sports teams around the country are hungry for more content and eager to grow their live entertainment businesses, whether that’s with full stadium concerts, post-game concerts, or non-traditional events,” adds Lundy, EVP of Terrapin Station Sports. “ It’s been an absolute pleasure working with some of the greatest stadiums and teams to help fill their calendars and integrate them further into the live industry.”

The need for more content at stadiums comes as those venues become increasingly  modernized, with heightened amenities for fans and teams while – in the case of NFL stadiums at least – still only hosting eight regular season home games.

“People are really enjoying the stadium experience,” Shank says. “Part of that is because these stadiums have spent a considerable amount of resources updating their facilities and really making them into consumer-friendly places. It’s not the stadiums that we knew from 20, 30 years ago.”