The ‘Other’ Big Games 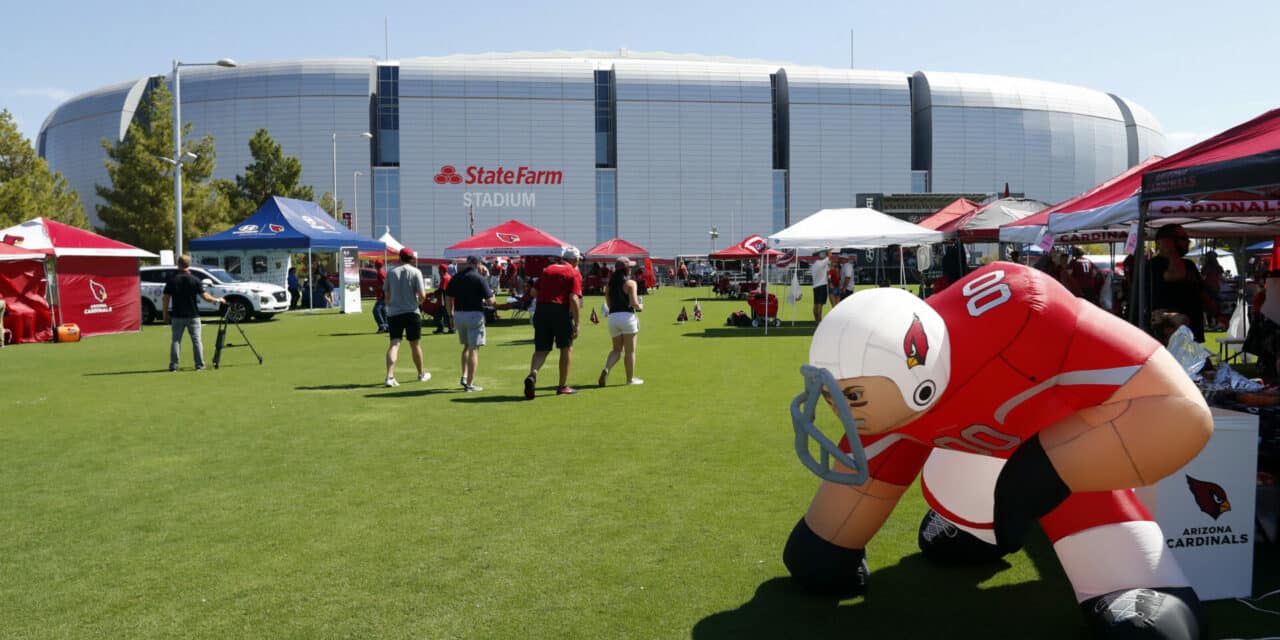 HUDDLE UP: State Farm Stadium is host to the Super Bowl this season, a third time for the stadium in Glendale. (AP Photo/Rick Scuteri)

Everything about the NFL championship game is super-sized, including the ancillary entertainment and music events taking over Phoenix in the days leading up to the main event.

“It’s the Super Bowl, the largest sporting event in the country,” said Ralph Marchetta, general manager of the Footprint Center, home of the Phoenix Suns and this year’s Bud Light Super Bowl Music Fest. “There are a lot of events going on downtown at the Phoenix Convention Center, Margaret T. Hance Park, all of the other parties and things happening. For us, it’s a great opportunity to really show off the market and demonstrate how it has developed and what a great city we have.” 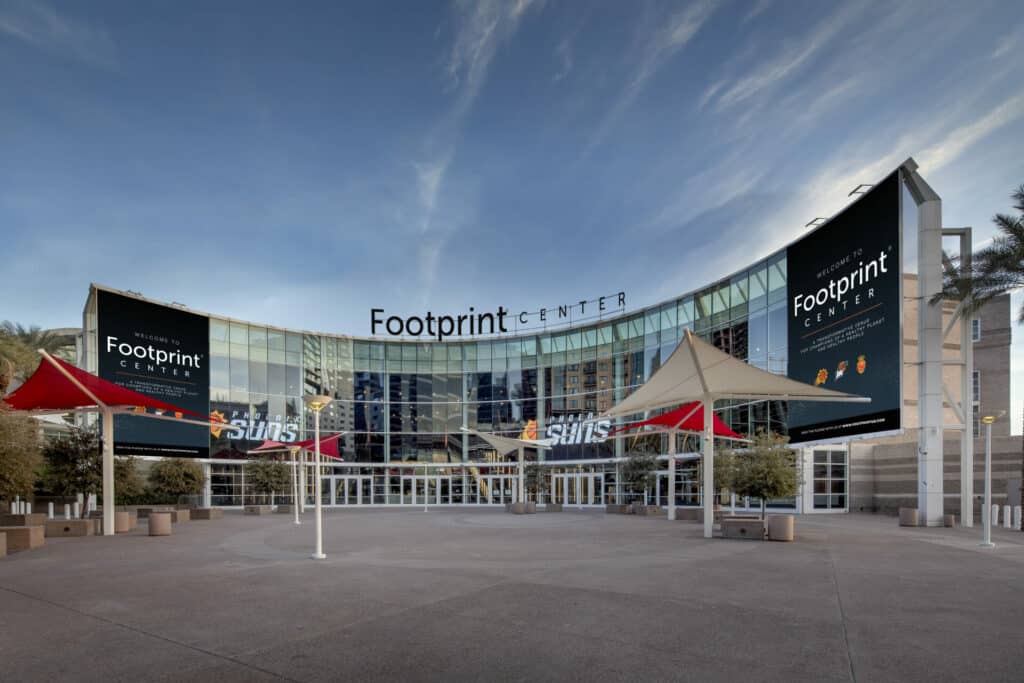 Each show will have a unique look and stage configuration, from a pit for Dave Matthews, to three thrusts for Imagine Dragons and Kane Brown. Load-in starts Feb. 7.

The event, which is produced by Endeavor’s On Location, the NFL’s official hospitality partner, and Synergy Productions, draws big-name fans, too. In the past, former NFL quarterbacks Peyton and Eli Manning surprised the audience with a special unveiling of the “Madden NFL 20” Super Bowl LIV prediction and Demi Lovato joined Dan + Shay on stage for a surprise performance of their ballad “Speechless.” More surprises are in store for 2023, according to organizers.

“Lineup strategy every year is based on wanting to do unique shows, interesting pairings and one-of-a-kind moments,” said Amit Dhawan, founder of Synergy.

“We continue to evolve it, make it bigger,” said Don Renzulli, executive vice president of events for On Location. “It’s got the Super Bowl name on it, which we have the right to do, and put something out there that is a little bit different than what everyone else is doing.”

Dhawan added, “The key to our success is the relationship with the venue and the venue team, and I think that’s another thing with the Footprint Center that is going to lead to a very successful event.”

Marchetta agrees, adding, “We are looking forward to a crazy week in town with all the activity going on, but we’re geared up and ready.”

In addition to Bud Light Super Bowl Music Fest, there are numerous entertainment and live music events throughout the Phoenix area. This year, a few high-profile events are being produced by Medium Rare, known for experiential events featuring major sports and entertainment stars.

The fifth annual event features Snoop Dogg and Diplo in an adult playground with six hours of open bar, notable sports and entertainment personalities, musical performances and a carnival midway.

Gronkowski has a themed event of his own: Gronk Beach on Saturday, Feb. 11 at Talking Stick Resort. The four-time Super Bowl champion and former University of Arizona star knows a thing or two about how to throw a party, with the return of his personally curated music festival with headliners 21 Savage, Lil Jon, Diplo and a celebrity beach volleyball competition.

Sports Illustrated’s popular event, produced by partner Authentic, raises the bar with The Chainsmokers and Machine Gun Kelly as headliners.

Guy’s Flavortown Tailgate presented by Cash App is being dubbed by organizers as the largest culinary event ever. Celebrity chef and mayor of flavortown Guy Fieri will host a free, pregame, family-friendly event on game day for 10,000 fans at State Farm Stadium.