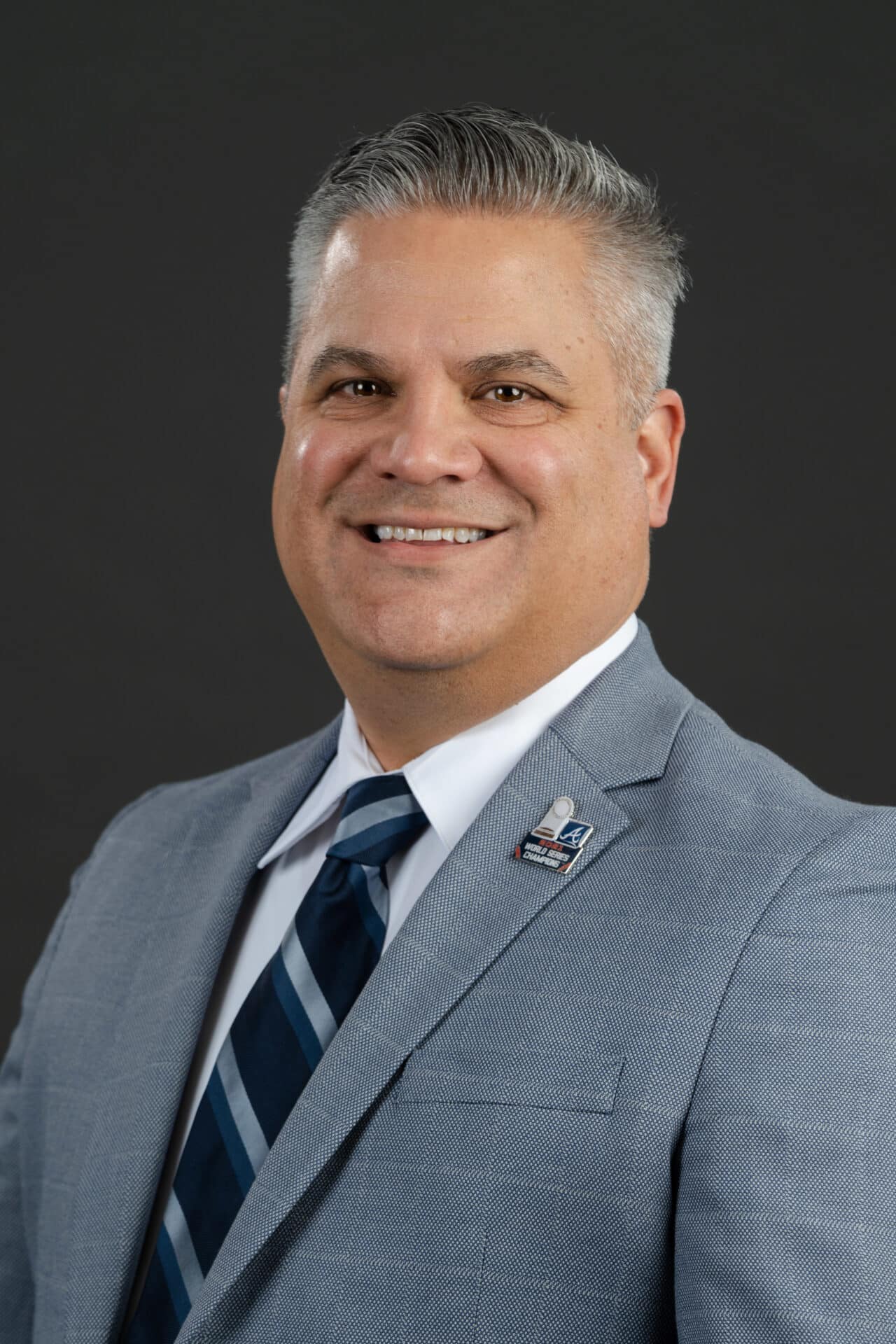 Winning the Big Game is the goal for any sports franchise. The constant drive to reach the pinnacle and operate at a high level can create mixed feelings when it actually happens.

“It was kind of surreal,” Atlanta Braves senior vice president of ticket operatrons Anthony Esposito said of the team’s 2021 World Series championship run, which included three home games. “To us it was just a regular game, but you walk out there and it’s like, ‘Wow, this is the World Series.’ For us, it felt like a middle of July kind of summer weekday game. It went smoothly but it was just a blur. I would love to do it all over again, year after year. It was definitely fun to be a part of.”

The fact that those games felt like mostly normal operations is testament to the preparation and efficiency of Esposito and his team, which begins working on the playoffs in early summer.

“You always start the season expecting to win the last game of the season,” he said. “Our work for the playoffs is pretty much done in August. We started working on pricing in June and we build everything out in July. We have invoices out the door in early August, but at that point, we’re planning our single-game onsale for the first round or wild card. Then, it’s anything that comes up in between, but we’re pretty much done.”

Esposito, raised in upstate New York, has called the South home now for more than half his life.

He’s entering his 18th season with the Braves, after working with the NBA Charlotte Bobcats, Ticketmaster and the Charlotte Knights, a triple-A baseball team. For the Braves, he oversees all systems tied to event ticketing at Truist Park.

The momentum from the 2021 run — with a top-notch MLB squad playing at a modern facility that anchors The Battery, a major mixed-use development — continued to 2022, with 3.4 million tickets sold for 81 home games and five stadium concerts.

“Last year we sold out over half the home schedule,” Esposito said.

As of mid-January, the Braves were trending ahead of last offseason on season tickets sold and single-game sales.

Playoff runs the past two years added to the hype, but the amenities and experience offered by the Braves are what turns casual fans into diehards.

“Winning the World Series, everybody wants to come see you, but it’s also people learning there’s more to do than just go to a game, seeing the crowds outside of Truist Park, seeing the excitement and understanding it really is a live-work-play,” he said. “There’s apartments, there’s restaurants, there’s office buildings.”

“She’s working from the point where we’re just getting computer aided design information and don’t know who the artist is, all the way to setting up the onsale and the holds for the promoters, VIP and settlement,” he said.

Going forward, Esposito said more concerts are planned, including two nights of country star Morgan Wallen. He doesn’t take for granted the team’s success on and off the field.

“We’re riding this wave,” said Esposito, noting some lower-attended seasons in decades past. “We’re riding it as well as we can for now but we’re not naive to where we came from. We’re taking advantage of it while we can.”