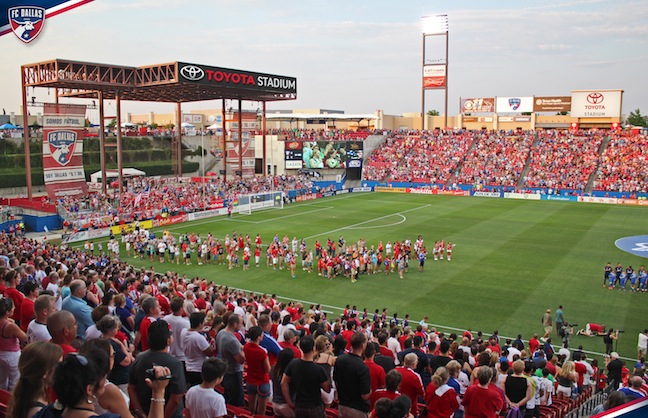 A rendering of what signage will look like at the newly-named Toyota Stadium. (Photo by FC Dallas)

The press conference began with a boom — literally. A drum line opened the naming rights announcement in Frisco, Texas, at the stadium for Major League Soccer’s FC Dallas. Following closely behind were three shiny Toyota trucks as the first signal to the world that the venue will now be called Toyota Stadium, with the nearby fields renamed Toyota Soccer Center in a long-term de...