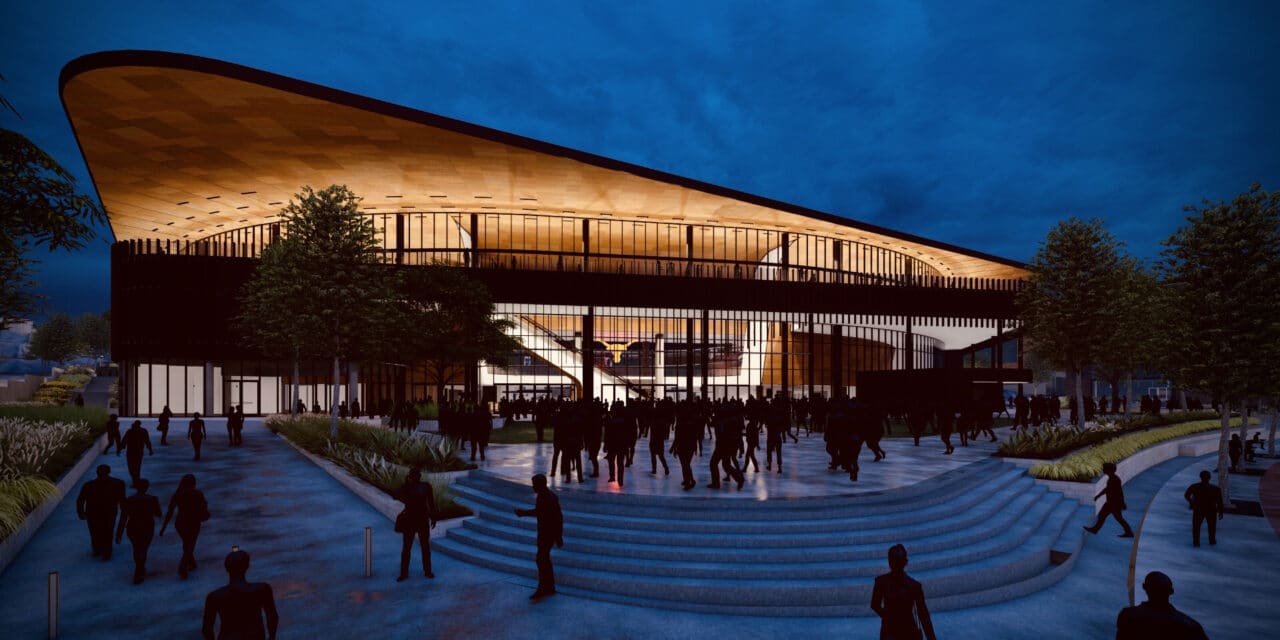 Moody Center, shown in a rendering, will open next year with Truist as a sponsor. (Courtesy Oak View Group)

Truist has signed a five-year deal with Oak View Group to become an official bank sponsor of Moody Center, the $340 million arena under construction at the University of Texas in Austin.

OVG College, headed by Dan Shell, division president, brokered the agreement for the 15,000-seat arena, which is scheduled to open in April. It’s a non-exclusive deal, but Truist gets use of UT marks and intellectual property across multiple platforms, including Longhorn Network. (Oak View Group also owns VenuesNow and Pollstar.)

Truist is the lead lender for financing arena construction, which Shell said helped kick-start discussions about a venue sponsorship. 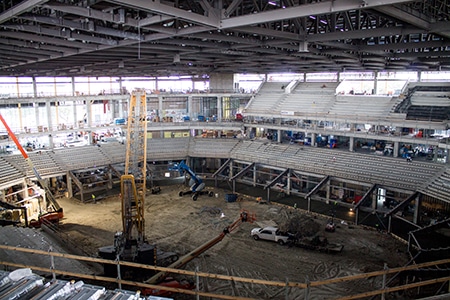 Construction continues at Austin’s Moody Center, which is scheduled to open in April with 15,000 seats. (Courtesy Oak View Group)

Truist, based in Charlotte, North Carolina, formed in December 2019 through the merger of SunTrust and BB&T, which has locations in the Austin market. The sponsorship deals spotlight the new name as it becomes the brand on the products and services available at the company’s branches, as well as on the branches themselves.

OVG College officials reached out to Truist to sponsor an arena expected to carry a heavy concert load. Negotiations took more than a year before a contract was signed, Shell said.

“A lot of things came together,” he said. “It is rare to have as many aspects to a partnership aligned as what came together with Truist from both the business and marketing objectives.”

As part of the bank’s activation, Truist gets naming rights for a concert series, presale opportunities for special events apart from Texas men’s and women’s basketball, and brand exposure on digital signs.

Truist joins Dell and Brown Distributing Co. as major arena sponsors, as well as the Moody Foundation, which holds the building’s naming rights.

For UT athletics, Truist is the presenting sponsor of Saturday’s football game between Texas and Texas Tech at Darrell K Royal-Texas Memorial Stadium.

The bank will serve as presenting sponsor of a men’s and women’s basketball doubleheader Nov. 9 at Frank Erwin Center, the school’s current arena.

Both teams are set to move into Moody Center for the 2022-23 college basketball season.

OVG is developing the arena and will operate it.

Elsewhere, Truist has naming rights to sports facilities including Truist Park, home of MLB’s Atlanta Braves, and a pair of Truist Fields: the minor league ballpark for the Charlotte Knights as well as Wake Forest University’s football stadium in Winston-Salem, North Carolina.