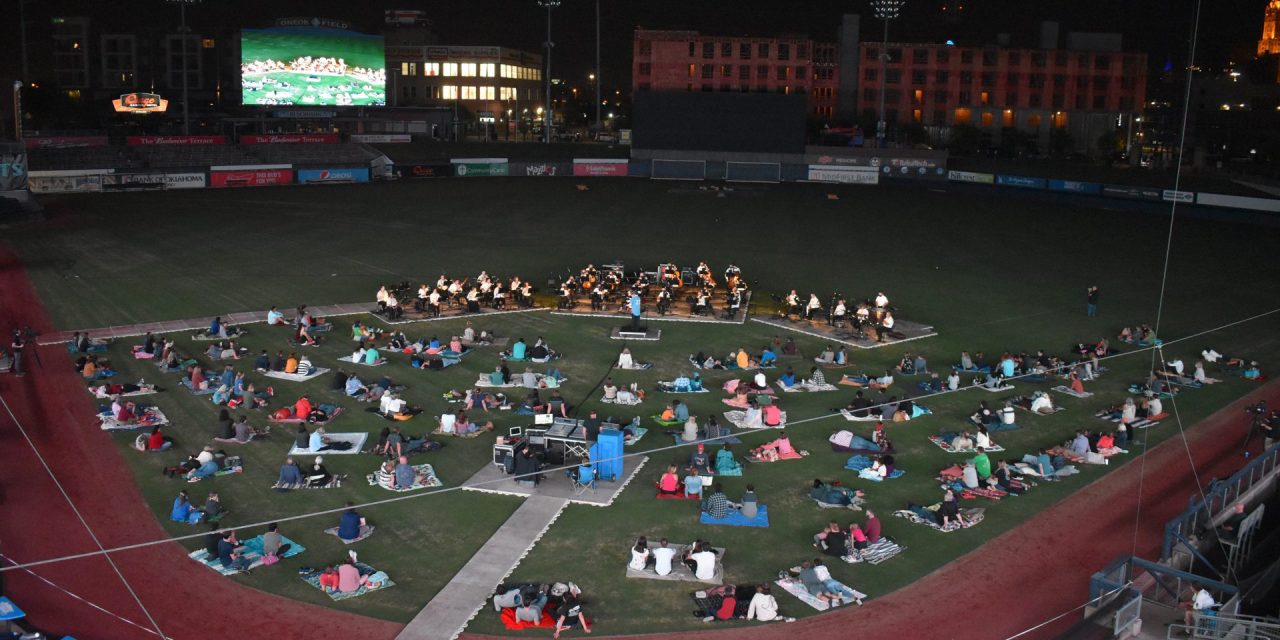 Oneok Field in Tulsa is turning a rare triple play for a ballpark this fall. Rather than Tinker to Evers to Chance, score this one orchestra to symphony to opera.

The stadium was deprived of events featuring its primary tenant, the Tulsa Drillers of the Double-A Texas League, when the novel coronavirus led to the shutdown of all Minor League Baseball teams for the year. It staged a comeback, however, in part by scheduling concerts featuring the Tulsa Symphony Orchestra and Signature Symphony at Tulsa Community College and a performance by Tulsa Opera. They join FC Tulsa, a member of the USL Championship league, which played its first home game at Oneok Field on Aug. 12 after its season was delayed.

Pre-COVID, teams have dabbled in opera in some fashion. Oracle Park, home of the San Francisco Giants, has staged free simulcasts of opera held elsewhere in the Bay Area. Fans sit on the field and watch the live production on the outfield videoboard.

Decades ago, before Wrigley Field had lights, the Chicago Cubs set up temporary lights for opera productions on the field behind the pitching mound.

In Tulsa, baseball set the stage for the arts, said Mike Melega, the Drillers’ president and general manager. The organization brought in an expansion team in the Texas Collegiate League that played a schedule from late June through early August, which included 15 home games. That allowed Oneok Field staff the chance to run socially distanced events in line with local COVID-19 safety requirements

“I think that became a good model to where fans started feeling comfortable coming out,” Melega said. “We got a lot of publicity on it, and then all of a sudden a lot of people that weren’t able to do events started calling and saying, “Hey, maybe we could do our event at your place. Would you guys be open to that?” 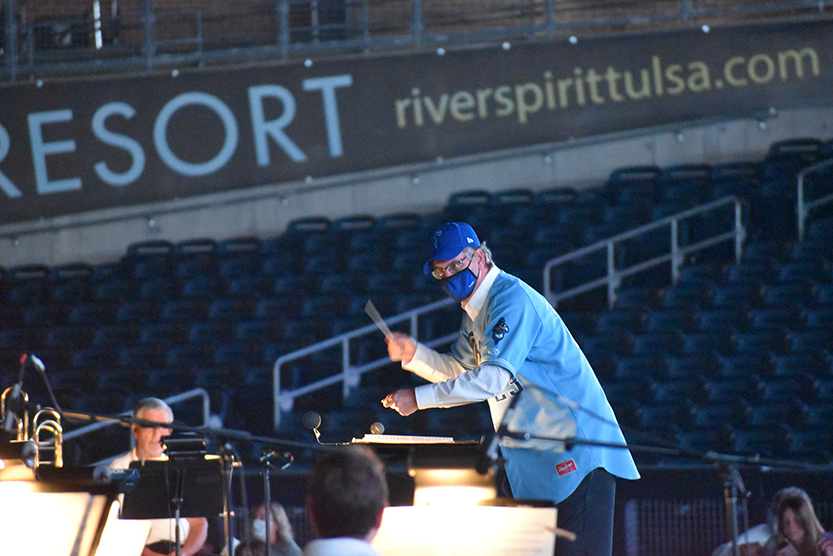 The Tulsa Symphony led off Sept. 5 by marking the 250th birthday of a classical music major leaguer with “A Celebration of Beethoven,” which sold about 2,000 tickets, Melega said. Signature Symphony was next up at Oneok Field with a performance Sept. 19 and drew about 800 people. Both performances had some patrons on blankets on the field and others seats in the stands, and fireworks followed the finales on both nights.

On deck are Tulsa Opera’s “Rigoletto” Oct. 9 and a return by the Tulsa Symphony for a matinee Oct. 18 with “Triple Play: Brahms 4.”

Tulsa Opera will offer a special production of “Rigoletto” created with baseball in mind, positioning performers at the bases and the pitcher’s mound. The field is set up for soccer, Melega said, which will necessitate some groundskeeping work to return the playing surface to diamond form for the ballpark opera.

The groups rent the ballpark for the performances and there’s a small ticket revenue share, Melega said. Oneok Field covers the event-day expenses of putting on the show.

The events are general admission, but the ballpark achieves social distancing by skipping rows and having three seats between seated groups. The Drillers’ ticketing provider, Tickets.com, helped them with the planning.

A city mask requirement is in effect, so patrons must keep their masks on unless they are seated and watching the performance. Other precautions include sanitization stations for patrons and thorough cleanings between events. A public authority, Tulsa Stadium Trust, owns the stadium, but the Drillers operate it as part of their lease responsibility and run concessions at the ballpark.

Melega may not have come into this year thinking Oneok Field would be hosting its first opera performance, but that’s 2020 for you in a nutshell. Discussions are already under way for more fine arts performances at the ballpark.

“You reinvent yourself in times like this,” he said.