Val Air revamp up to $12 million 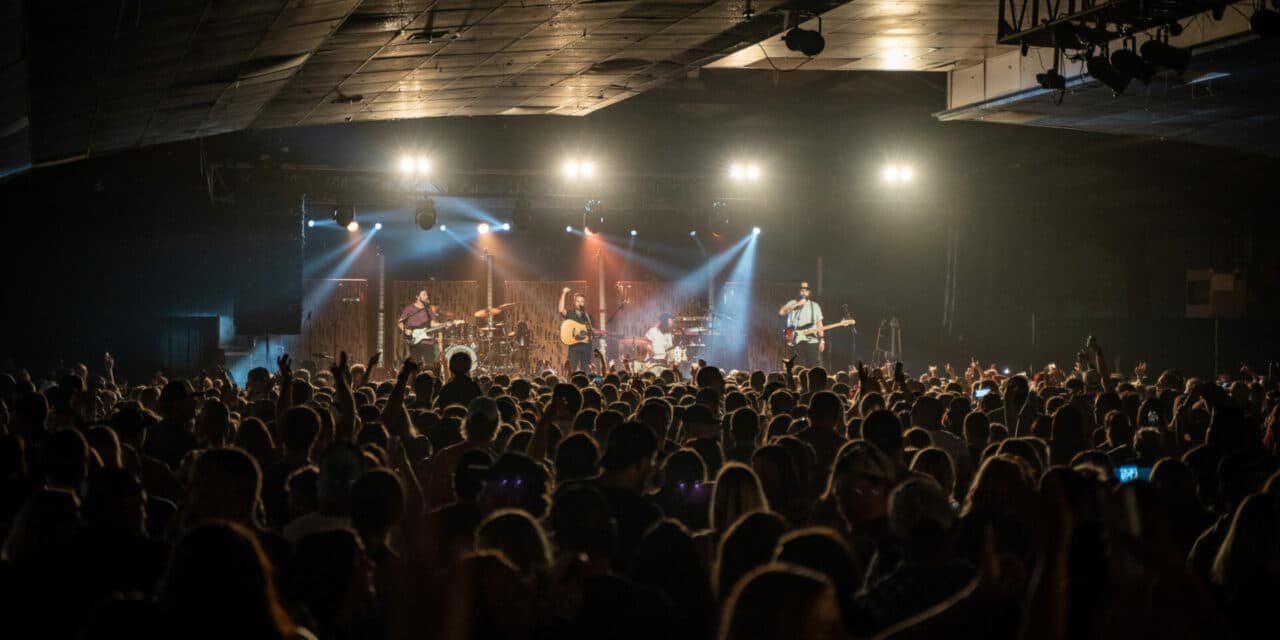 The cost to renovate the historic Val Air Ballroom has doubled to $12 million coming out of the pandemic, said promoter Sam Summers, owner of the Des Moines, Iowa concert hall.

During a turbulent time in the construction industry with spikes in material costs and supply chain issues, Summers wants to cut the project cost to $10 million and still keep the retro design theme intact.

“It’s the worst time to redevelop a venue,” Summers said during an interview in early August at Hinterland, the music festival he produces in St. Charles, Iowa, south of Des Moines.

Regardless, Summers, owner of First Fleet Concerts in Des Moines, remains committed to the restoration and says he has the financing in place to start construction in November. The building will be closed for about one year and reopen in late 2023.

The project is going through the second phase of a historical submission at the state and federal levels for potential tax credits. It’s also under consideration for a state tourism grant to help pay for construction, Summers said.

The city of West Des Moines could participate as well by creating a tax-increment financing district, he said. The ballroom makeover is part of The Val District, a redevelopment of the neighborhood that extends to upgrading Val Lanes, a 36-lane bowling facility built in 1957, which sits across the street from the concert venue.

Summers purchased the 83-year-old ballroom in January for $1.9 million, where he has promoted shows for several years. First Fleet Concerts also owns and operates Wooly’s, a 700-capacity club in Des Moines.

In its heyday, the 3,000-capacity Val Air Ballroom played host to, among other legendary artists, Louis Armstrong, Duke Ellington, Frank Sinatra and Iowa natives the Everly Brothers. Now, it features a wide range of country, metal, alternative and hip-hop acts. Sevendust, Jason Isbell and the 400 Unit and Dirty Honey are upcoming September shows.

The Val Air was originally an open-air venue in 1939 at the time it was converted from the old Wilson Rubber Co., which produced tires for World War I. The ballroom went through various forms of roof cover before it was fully enclosed in 1954 under Tom Archer, owner of the Val-Air and seven other ballrooms in the Midwest, including Cedar Rapids and Sioux City, Iowa. 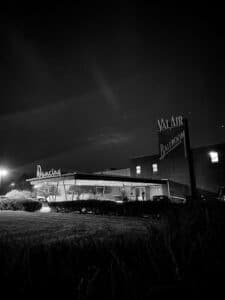 Blueprints for the Val Air Ballroom restoration include building a speakeasy in the empty basement, where there used to be a secret bar but is now an empty room.

Air conditioning is also part of the project for a venue that does not have a cooling system. That piece of the investment alone will cost about $870,000, Summers said.

The sound and lighting systems, stage rigging and back-of-house spaces will be upgraded as well. Sound engineers will help improve acoustics and mitigate the noise bleeding from the building to appease neighbors that have complained about thumping bass notes over the years.

Pete Goche, a professor with Iowa State University’s College of Design in Ames, is the architect for the Val Air restoration. Apart from his teaching duties, Goche runs his own company, Goche Inclusions, which has specialized in historical remodels for about 20 years.

“Any more, we assume that historical has to do with the exterior characteristics such as the marquee and canopy and the brick out front for a mid-modern century building,” Goche said. “The state historic tax credit board deals with everything, from the interior volume of space, down to the color and all the way to the windows. It’s a full-on collaboration with the state and federal levels.”

Summers has been fortunate to tap into a treasure trove of Val Air concert memorabilia that he plans to display as part of the restoration. Boxes of items have been stored for decades in the basement of a house next door to the ballroom owned by Loyce Archer Dunbar, Tom Archer’s widow. Archer Dunbar lives in Florida now but maintains the West Des Moines residence.

Archer created a circuit for touring acts of the ballrooms he owned, said Summers, and he became best friends with Lawrence Welk, the big band leader and host of a weekly television show for 27 years. There are photos of  them together at the Val Air where Welk performed, and at Archer’s home next door where he entertained artists between performances.

“She has everything and is discovering all this stuff at the same time I am,” Summers said. “We’ve only gone through 10% of it. The last owner of the ballroom didn’t have interest in those historical items. She reached out to me and I’ll display a lot of that stuff. I want to pay homage to the speakeasy.”