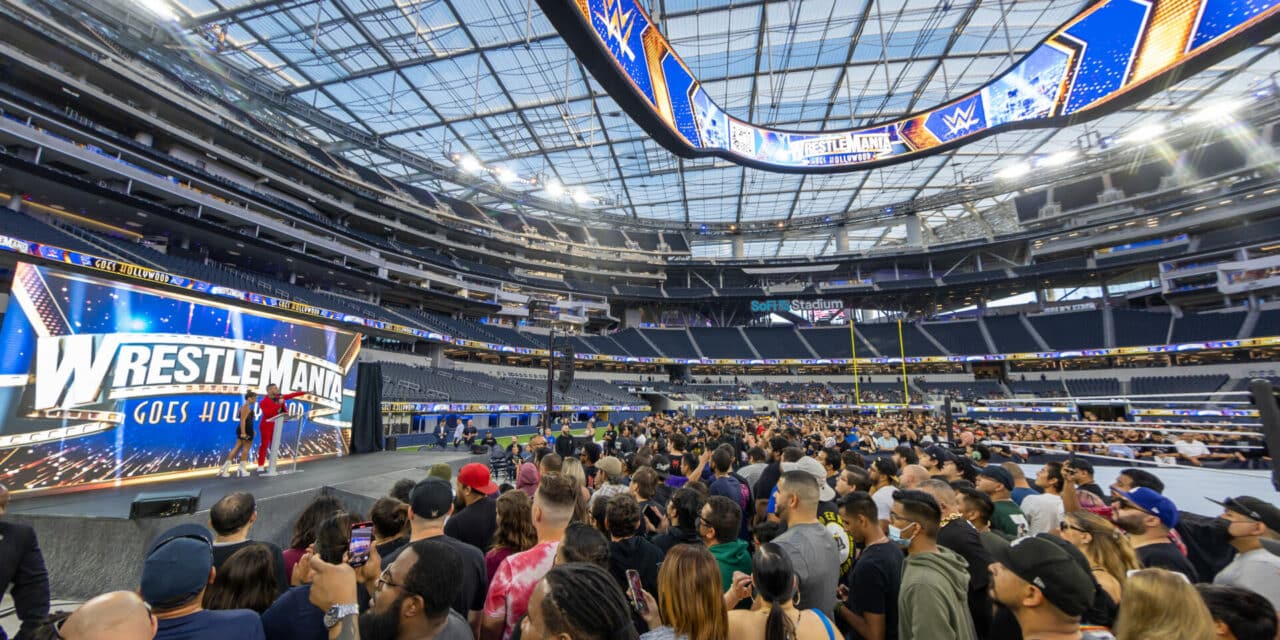 Over 90,000 tickets were sold within the first 24 hours on sale, a 42% increase over first-day sales for WrestleMania 38 at AT&T Stadium in Dallas.

No WWE has ever seen first day sales like those for the April 1-2, 2023, event at SoFi, the company reported as part of its second-quarter earnings call. The quarter was WWE’s most successful ever in terms of revenue, according to WWE Executive Vice President Paul Levesque.

The free launch party was held at the stadium on Aug. 11, a day before tickets went on sale to the general public.

Christy Castillo Butcher, senior vice president of programming and booking for SoFi Stadium and Hollywood Park, said in an email that the stadium itself, with its space-age open-air design and Infinity Screen by Samsung — the largest of its kind in the world — remains a draw as fans experience it for the first time.

“The launch party was originally configured to be hosted on the field-level at SoFi Stadium only, but due to demand, we increased the number of complimentary tickets available to include the lower bowl,” she said. “The launch party was a strong indicator of the interest in WrestleMania 39.” 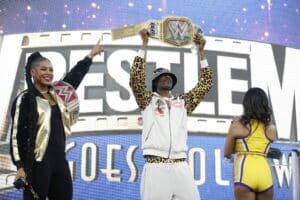 John P. Saboor, WWE’s executive vice president of special events, said in an email that the launchparty was WWE’s largest to date and WrestleMania 39 is tracking toward sell-outs for both nights.

“There’s a lot of excitement in the community to visit, especially after the LA Rams won the Super Bowl on their home turf last February,” he said. “WrestleMania will shine a global spotlight on SoFi Stadium for fans attending from around the world and those watching at home in more than 180 countries.”

Other factors driving ticket sales include the fact that WrestleMania hasn’t been in Los Angeles for more than 15 years.

“WrestleMania hasn’t been presented in Los Angeles since 2005, and the event has been expanded to two-nights,” Castillo Butcher said, noting there’s strong demand overall for live entertainment

Los Angeles is a strong market for WWE, Saboor said. “Not only is it the second-largest media market in the country, but it’s only a short flight or a drive from other nearby cities. We are excited that WrestleMania Week will also highlight our long-standing partners at Crypto.com Arena as they host various events including Friday Night SmackDown and Monday Night Raw that week.”

During the week, WWE will give back to the local community through various outreach events and hospital visits.