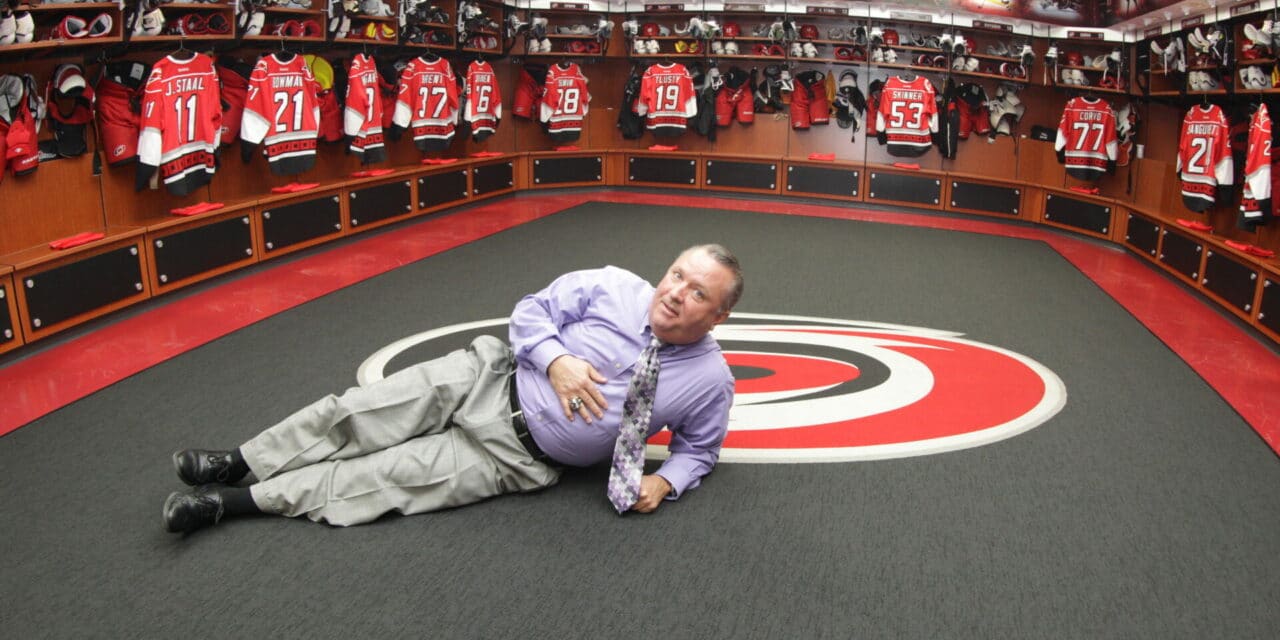 Dave Olsen ran PNC Arena, home of the Carolina Hurricanes, for about 23 years and was involved in developing the NHL facility. Olsen died Jan. 30. (Courtesy venue)

‘Guy in the corners’ always part of conversion crews

The day before he died, Davin “Dave” Olsen was in search of a Zamboni. Olsen had just started a six-week stint as interim manager of American Bank Center in Corpus Christi, Texas, home of minor league hockey’s Ice Rays.

“They had a dead Zamboni and the other Zamboni was leaking hydraulic fluid, so he had friends in Texas and he called them and said he needed one for Saturday night (Jan. 29),” said Frank Lapsley, general manager of the North Charleston Coliseum in South Carolina and among Olsen’s closest friends. “Within an hour, there was a Zamboni on a flatbed headed toward Corpus Christi to make sure they had one for the game that night.”

Olsen died of a heart attack Jan. 30 during his temporary stay in Texas. He was 62. A public celebration of his life was set for Feb. 11 at the Duke Energy Center for the Performing Arts in Raleigh.

“We texted back and forth 25 times on Saturday before he passed,” Lapsley said. “He did exactly what he was supposed to do. He was happy to be working. He loved it.” 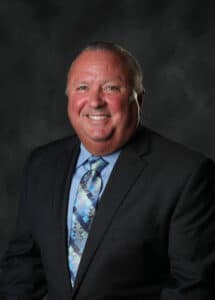 Olsen spent 30 years as an arena manager, most of which were spent running PNC Arena, home of the NHL Carolina Hurricanes. The Canes won the 2006 Stanley Cup during his tenure. Olsen parted ways with the team in September and was seeking a new job when he accepted ASM Global’s offer to fill the gap between full-time GMs in Corpus Christi.

Olsen was on the front end of developing PNC Arena, which opened in 1999 as the Raleigh Entertainment and Sports Arena. It came three years after Olsen helped open Halton Arena as director of recreational facilities at the University of North Carolina-Charlotte.

Lapsley’s career intersected with Olsen’s on multiple occasions and that’s how they became best friends.

In the early 1990s, they both ran Connecticut arenas. Lapsley took Olsen’s job at New Haven Coliseum after Olsen left to join the Hartford Civic Center, home of the old Hartford Whalers, an NHL team.

On Friday nights, they would have a few beers and pick each other’s brain over the phone about the two facilities.

The Whalers did hire Lapsley. Olsen soon moved to Charlotte, and not long after that, the Whalers relocated to Raleigh in 1997. Olsen, through his relationship with Rutherford, and Lapsley were eventually joined at the hip again through the Hurricanes. Together, they worked on both the Florida and Raleigh arena projects.

“We worked together and played together for 28 years,” Lapsley said. “We never missed a conference together. We would always figure out our travel schedule and if we weren’t on the same plane, we would land within an hour of each other, whether it was IEBA or Pollstar.”

Larry Perkins, PNC Arena’s vice president of guest relations and assistant general manager, also had a strong relationship with Olsen. Perkins, a North Carolina native, worked at the New Jersey Meadowlands and got to know Olsen after hiring him to bring part-time employees from New Haven to work events at old Giants Stadium. 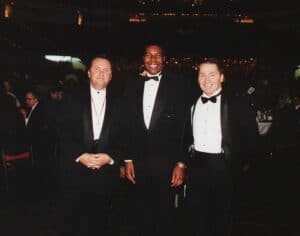 In addition, Perkins was among Olsen’s instructors at the IAVM Venue Management School at Oglebay resort in West Virginia.

Shortly after PNC Arena opened, Olsen called Perkins, asking him to be his assistant general manager. Perkins accepted the offer. He’s been there since January 2000 and worked alongside Olsen for 20-plus years.

“I had spent 24 years at the Meadowlands,” Perkins said. “It was thriving but I couldn’t be president because of the political structure and everything else. My dad had just had a stroke. I’m from North Carolina and thought, ‘let me go down there.’ I came here because of Dave.”

Olsen was a workaholic, according to his colleagues. He was a true operator. On event days, he would roll up his sleeves and throw on a pair of jeans, willing to do anything to help arenas get ready for sports, concerts and family shows.

PNC Arena would occasionally schedule doubleheader days in which North Carolina State’s men’s basketball, a fellow tenant, would play an early afternoon game followed by a Hurricanes game that night.

Olsen was typically part of the conversion crew to complete the quick changeover from hoops to hockey.

“Dave loved to call me on a Saturday night when they were doing a ‘double day’ and remind me, ‘I’m the guy who works in the corners,’” Lapsley said. “He let me know he was putting the floor down and picking it up. He didn’t retreat to his office. He was the GM because he worked all the jobs.”

Scott Johnson, deputy director of Greensboro Coliseum in North Carolina, got to know Olsen when the Hurricanes played two seasons at his arena in the late 1990s while the Raleigh facility was under construction.

Olsen filled a role in construction for the Hurricanes before ending up as operations manager in Raleigh when Sims Hinds, now working in business development for Oak View Group, was the team’s vice president of arena management. Hinds left the Canes in 2000 and Olsen took over as the arena’s top operations executive.

“Dave was as solid a guy as you can find,” Johnson said. “He had the team’s best intentions at heart and he loved the game of hockey as much as he enjoyed the camaraderie of the team and his industry friends and coworkers. We were regular cohorts at the booking meetings.”

“I am going to miss Dave tremendously,” he said. “He planned to work another eight years. I will always respect his professionalism, his standing up for what was right and his solid friendship. You could always count on Dave.”

Olsen was always a gracious host when Krezwick traveled with the Boston Bruins and New Jersey Devils, the two teams he worked for when he operated TD Garden and Prudential Center.

Later in his career, Rubinstein ran Bi-Lo Center in Greenville, South Carolina, now Bon Secours Wellness Arena. Rubinstein and Olsen would talk a lot to find out which concert tours were coming through the Carolinas.

“We both knew a band probably wasn’t going to play more than two dates in the Carolinas,” Rubinstein said. “We shared information all the time.”

All week long, Perkins has been getting calls from around the world from Olsen’s friends in the industry.

“Dave worked out every day and that’s why people are shocked,” Perkins said. “Dave met everybody’s needs and people gravitated to him. He was very loved. It will leave a void.”

Olsen’s get-it-done attitude extended to helping many others part from his arena management duties.

In 2017, Olsen helped organize a relief effort for Hurricane Harvey victims along the Gulf Coast. PNC Arena officials packed up two tractor trailers worth of clothing, food and other goods that were shipped to Beaumont, Texas.

“Dave wanted to make sure that they knew North Carolinians were thinking of them,” Perkins said.

In addition, Olsen conducted other relief efforts to aid victims of major storms and emergency situations.

In 2005, Olsen took staff, food, chefs and supplies to a local shelter to feed Hurricane Katrina evacuees and provided them with showers at PNC Arena.

Five years ago, during a five-alarm fire in downtown Raleigh, Olsen drove to the arena at 4 a.m. with his executive chef to prepare meals and deliver them to first responders.

Separately, Olson’s family once took in a female arena employee who had no place to live after getting into a disagreement with her boyfriend, Perkins said.

“Dave always had a willingness to help out; that’s the kind of person he was,” he said.

Lapsley flew to Texas and accompanied Olsen’s body back to North Carolina.

“We always figured out how we could fly together, so I have no problem going down there if I can swing it,” Lapsley said. “You were lucky if you were Dave’s friend; you were blessed if you were his best friend. I was pretty blessed.”