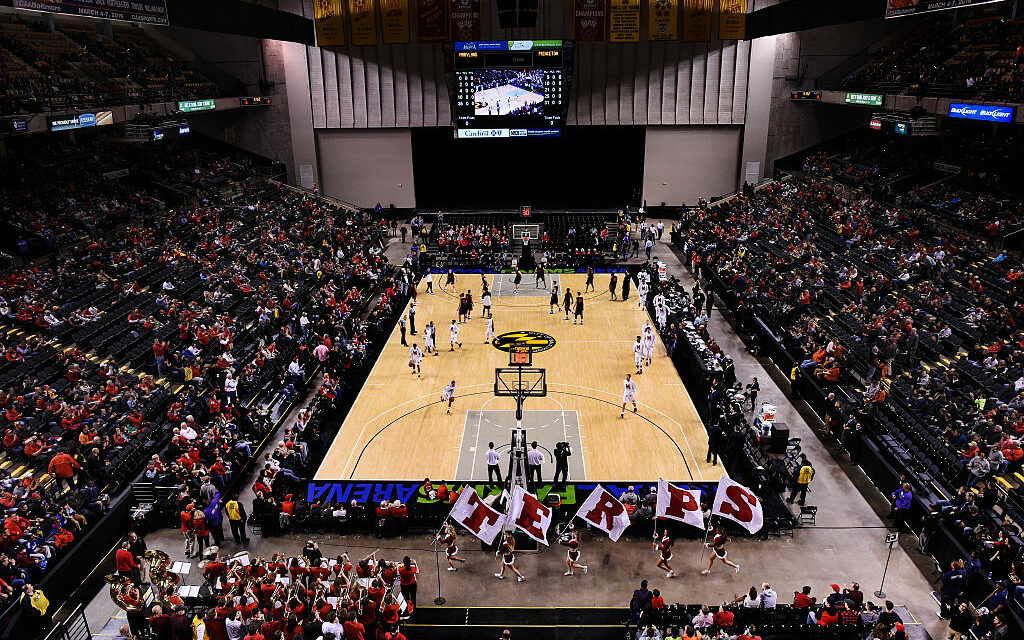 Event moved to Baltimore in 2021 after 15 years in Charlotte

In 2021, the event was held “virtually,” with a host of activities streamed online, but no games, in what was to have been the first year in Baltimore after 15 years in Charlotte.

The 12-college CIAA is the oldest historically Black athletic conference and this year the basketball tournament, the conference’s most popular event that has drawn as many as 150,000 to the host city in past years, will be in the first of a multi-year broadcast partnership with ESPN.

The tournament is sponsored by corporate partners Coca-Cola, Food Lion, Nationwide and Lowe’s. 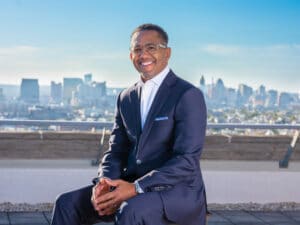 Hutchison said the CIAA reached out to city officials in 2018 to see if there was interest in hosting the tournament, which was a powerful economic driver in Charlotte, giving the city a roughly $50 million economic boost each year, but there were some violent incidents that marred the festivities.

“We said, ‘Yeah, let’s talk about it,’” Hutchinson told VenuesNow. “I was very familiar with the CIAA growing up in Richmond (Virginia). I attended the tournament as a kid and knew what it was all about. We had more conversations with the CIAA staff, with the commissioner.”

Meetings with the mayor and state representatives garnered support for hosting the tournament and the time of year was ideal as well, as it’s typically a slow period for Baltimore and its meeting and event facilities, he said.

“Economically it made sense to bring people to the city who stay at hotels and go to restaurants,” he said. “We put together a good proposal. It was city, state and private sector led. I believe the CIAA president (LaTaya Hilliard-Gray/Winston-Salem State University) just loved what we put on paper and now the rest is history.”

Royal Farms Arena will host all women’s and men’s games, unlike Charlotte, where games were spread out across multiple venues for the initial rounds.

“It’s a smaller arena than (Spectrum Center in Charlotte) and we’ll create an environment of excitement and intimacy,” Hutchinson said.

“Secondly, it’s right in our downtown footprint so people can walk from their hotels to Royal Farms Arena.,” he said. “They can also walk to some restaurants near the arena. Being right in the heart of downtown Baltimore is of value and the third component is, (the venue) has great basketball history. At one time, the Baltimore Bullets which are now the Washington Wizards, played in Baltimore and that’s where Earl “the Pearl” Monroe (who went to Winston-Salem State University) cut his teeth. All the greats came through that arena, including Bobby Dandridge (Norfolk State University) when he was with the Milwaukee Bucks.”

The arena, built in 1961, in March will begin undergoing a $200 million renovation, in which VenuesNow parent company Oak View Group is a partner. When the CIAA tournament returns in 2023, it will be the first event in the upgraded facility, Hutchinson said.

The city is a basketball town, Hutchinson said, sending forth such notables as Carmelo Anthony, Mugsy Bogues, Skip Wise and Sam Cassell.

The Baltimore Convention Center will be the site of the tournament’s fan festival, the Greek step shows, career fairs, vendors and other family-friendly events throughout the week.

Convention center general manager Peggy Daidakis said Visit Baltimore has worked closely with local police to understand where ancillary events are taking place in order to have a visible presence and maintain as safe and environment as possible.

“There are also some ancillary events happening around the city in hotels and also at the Columbus Center (in the Inner Harbor) which is where we’ll be handling the welcome reception on Wednesday,” Hutchinson said. “That’s Mayor Scott’s event and Dr. Breaux’s (president of  host school Bowie State) opportunity to welcome everybody to Baltimore. We’re expecting between 400 and 500 folks coming to that event.”

Educational sessions will include summits on financial matters, technology, health and wellness held in different venues around the city.

“On the front of the tournament, we’ll be doing a sports clinic for the first time for about 200 young boys and girls,” Hutchinson said. “They will be coming in to do some basketball skills and drills, but also we’re fortunate to have two CIAA Hall of Famers Monroe and Dandridge, who will be guest speakers at that event along with CIAA commissioner (Jacqie) McWilliams.”

Hutchinson said the lingering pandemic will likely impact the numbers this year, but tourism agency Visit Baltimore has been marketing the event along the East Coast.

Health protocols are in place. Masks will be required at all indoor venues, but there is no restriction on capacity, he said.