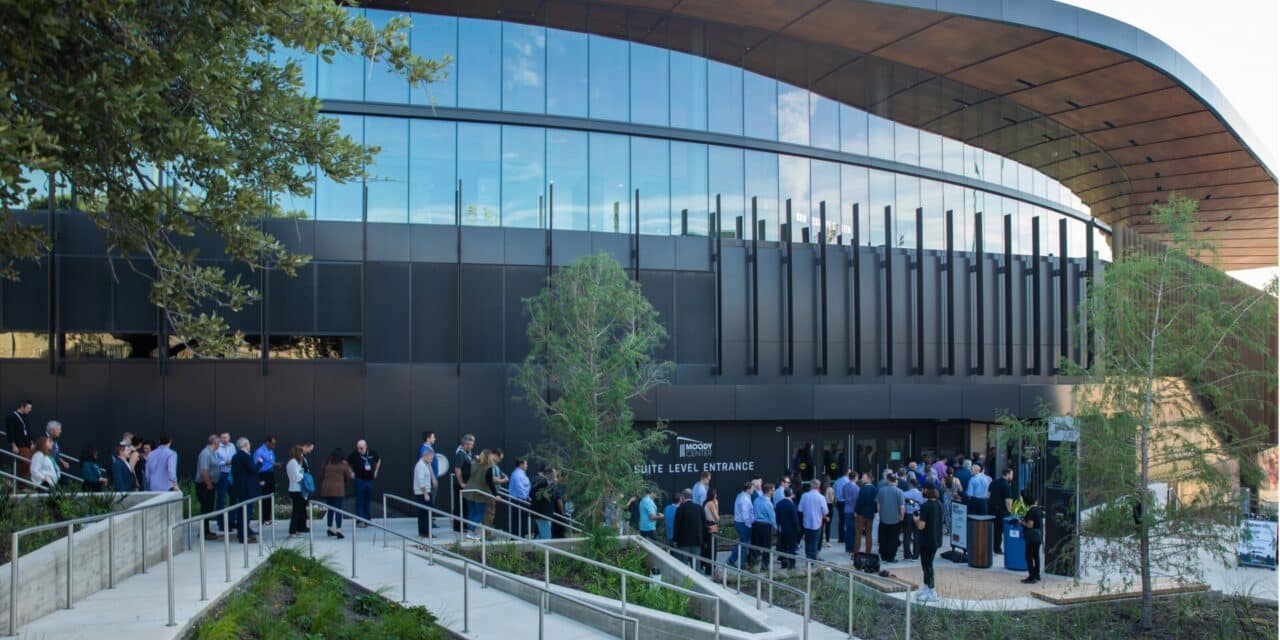 MODEL PARTNERSHIP: VenuesNow Conference included a reception and tour prior to Roger Waters’ concert at Moody Center at the University of Texas in Austin on Thursday night.

Moody Center One Of Busiest in U.S.

Judging by the smiles, good cheer and camaraderie on full display during “Longhorn Style: The Role of the Elite Facilities In Major College Athletics” panel, the University of Texas’ new Moody Center, which came online in April 2022, has been a rousing success by most any measure.

Already, one of the five busiest arenas in the country, the innovative way the $375 million arena was financed was something of a groundbreaking proposition with the word “free,” cited several times throughout the panel and which brought the biggest grin to the face of the University of Texas’ Athletic director Chris Del Conte.

“College Universities are really struggling with how to build new arenas, because back in the day arenas were built with state funds,” Del Conte said. “All of a sudden now there’s no longer state funds appropriated to new arenas or stadium rebuilds so you have to go out and fundraise.”

Del Conte noted that UT has the arena for 60 days while the private partnership has the other 305 days of the year. The building’s grand opening in April featured Willie Nelson and George Strait and has since hosted major tour stops by Eagles, Lizzo, Harry Styles (for six nights), Florence + The Machine, Roger Waters (tonight) and Bruce Springsteen who will perform at Moody this coming February.

In addition to top-tier concerts, the addition of Moody has upped UT’s basketball program as the presence of Vic Schaeffer, a top-tier women’s basketball coach attested to. Luring him over from Mississippi State, a top program which recently played in two National Championship games, had everything to do with Moody Center.

“You have to understand that in my industry, especially with young people, you can talk about doing something all day, but today’s society they got to see it, they got to put their hands on it. It’s not real unless it’s there,” said Coach Schaeffer about how Moody and the new $60 million UT practice facility both attracted him as well as new recruits to the UT Women’s basketball program. “The Moody screams it’s the best on campus facility in America.”

Both Del Conte and Shaeffer spoke to the immense and unique value proposition the Austin market present and which Schaeffer called the “best city in the country.” And with its incredible music scene, thriving economy and unique social and cultural characteristics, it’s hard to argue.

That, however, may make the Moody Center financial model difficult to replicate in other markets as Del Conte noted as smaller markets with similar buildings may not be able to attract the top-tier concerts which Moody’s done consistently.