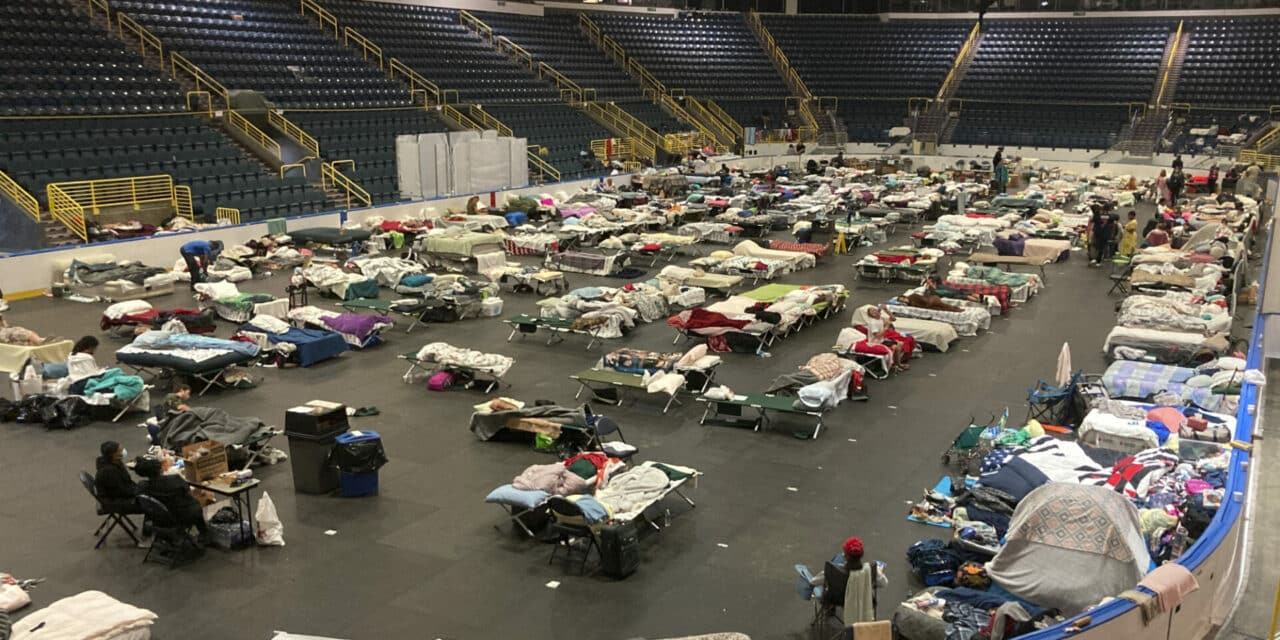 The worst of Hurricane Ian’s fury was felt in the Fort Myers area of Florida, where most of the more than 100 deaths occurred, but other parts of the state, including Orlando, were walloped with heavy rain, damaging winds and flooding as well.

The Category 4 hurricane hit the Gulf Coast region on Sept. 28 and caused a record $100 billion in damage to the state. More than 100 people died in Florida, the state’s deadliest storm in 90 years. 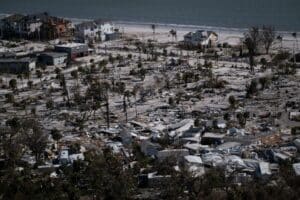 “We received historic rainfall and flooding,” said Allen Johnson, chief venues officer for the city of Orlando, which includes overseeing the Amway Center, home of the NBA Orlando Magic and Camping World Stadium. “Our governor called it a 500-year event.”

Johnson said the threat of flooding continued almost a week after the storm passed as rivers and lakes reached their crests, but the city hosted a sold-out Wisin & Yandel concert at Amway Center on Oct. 1 and another on Oct. 3, which was rescheduled from the previous Thursday, when Orlando was still in the throes of Ian.

“That had a no-show rate of a little less than 10%, which I was very impressed with,” Johnson said of the Oct. 1 show. The second show was strongly attended, though not a sellout.

Hertz Arena, about 100 miles south of Sarasota in Estero, Florida, is close to where Ian made landfall. The 7,200-seat, privately-owned facility, home to the ECHL Florida Everblades, served as an evacuation shelter prior to the hurricane coming ashore and a week after the storm the building housed  500 displaced people, according to local media.

The Everblades’ preseason games on Oct. 13 and 14 against the Orlando Solar Bears were canceled in favor of a single preseason game this week against the Solar Bears at Amway Center. Tickets are on sale for the team’s 25th anniversary season opener against the Jacksonville Icemen on Oct. 29, when the ECHL champion Everblades plan to hoist their second Kelly Cup banner.

The Everblades open their season against the Atlanta Gladiators on Oct. 21 and 22 at Gas South Arena in Duluth, Georgia.

Hertz Arena General Manager Scott Bryant said via email that the building remains in “shelter mode” and he was unable to comment on the venue’s preparations and response to Ian.

Everblades president and general manager Craig Brush told the News-Press of Fort Myers that the Red Cross is running the shelter at the arena. It opened as an evacuation shelter the day before Ian struck on Sept. 28, and will reportedly remain in service to the community for as long as it’s needed. 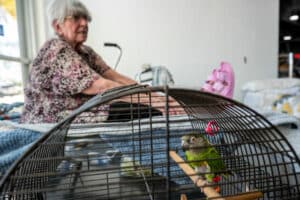 SHELTER FROM THE STORM: Pat Heiland, who rode out the storm at her home in Sanibel, Florida, is seen at Hertz Arena with her Senegal parrot Will. (Getty Images)

Some of the facility’s staffers remained on site for five to seven days, Brush told the newspaper.

Johnson said Orlando Venues staff are well-versed in storm preparation, with procedures and protocols laid out for securing the two main venues as well as Tinker Field, the Mennello Museum of American Art and the Harry P. Leu (Botanical) Gardens.

“Unfortunately, the gardens sustained the most damage, with 30-plus downed trees, which caused us to close the gardens to the public for tree and debris removal and securing the safety of walkways and the public areas,” Johnson said of the 50-acre facility, which was closed for a week after the hurricane struck.

Amway Center sustained water intrusion in its Disney Atrium, but the problem was fixed quickly and there was no long-term damage, Johnson said.

Other leaks resulted from “sideways water penetration; through the walls, not through the roof,” Johnson said.

“It’s one of those things you always try to be cognizant of in Florida when you build,” said Johnson, a born and raised Floridian. “We have to worry about leaks from the roof and the walls.” 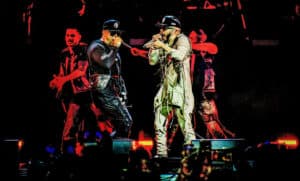 AFTER THE DELUGE: Wisin & Yandel perform during their “La Ultima Misión” Tour at at Amway Center on Oct. 1, 2022 in Orlando, Florida. (Getty Images)

When stormwater systems back up, which can also affect the facility’s wastewater plumbing, the water is literally coming from all directions, he said.

At Camping World Stadium, the mesh covers of the south end-zone video board speaker cluster blew away, as did some scrims around the stadium, Johnson said.

“They use every square foot other than the stadium bowl itself,” Johnson said. “We had spent half a million dollars in the last three months to prepare the fields for this festival, including improved drainage. What we didn’t count on was a hurricane. Many of those areas we improved we now have to go back and at mitigate. It’s nothing compared to what Fort Myers and Sanibel received. Our hearts go out to our colleagues down there and our friends and family down there.”