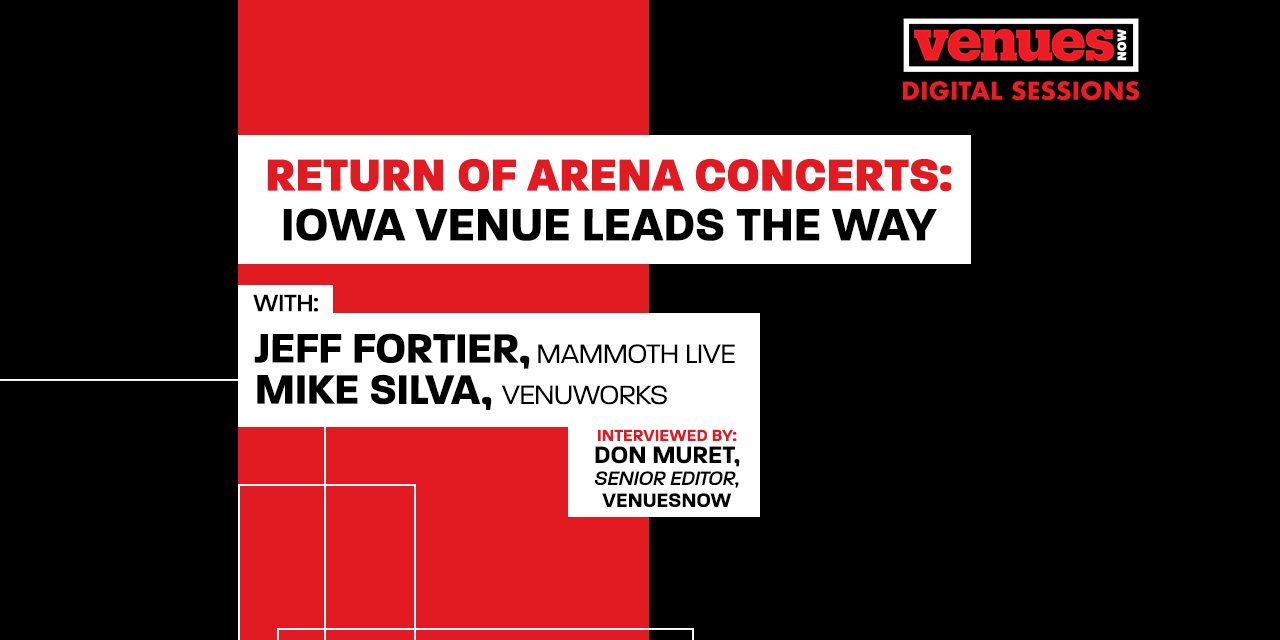 Tune in on Facebook/VenuesNow. The U.S. Cellular Center in Cedar Rapids, Iowa, has held what appears to be the first paid arena concert in North America since the COVID-19 shutdown, bringing some hope to the decimated live music industry. Jeff Fortier from Mammoth Live and Mike Silva from Venuworks share the experience behind country artist Josh Turner’s concert, interviewed by VenuesNow’s Don Muret. The arena played host to Turner on Sept. 18, the first such event since live entertainment venues closed down in March, according to Pollstar data. The show drew 1,000 patrons in a limited-capacity setup at the venue, which normally holds 7,200 for an end stage concert. It’s a milestone for the concert industry, considering the pandemic has eliminated thousands of jobs and cost tens of millions of dollars in lost revenue from postponed and canceled shows. TweetSharePinShareEmail0 Shares
To access this post, you must purchase Subscribe to VenuesNow – 1 Year, Subscribe to VenuesNow – 2 Years or Subscribe to VenuesNow – 3 Years. If you are already a member of VenuesNow, please login here: log in