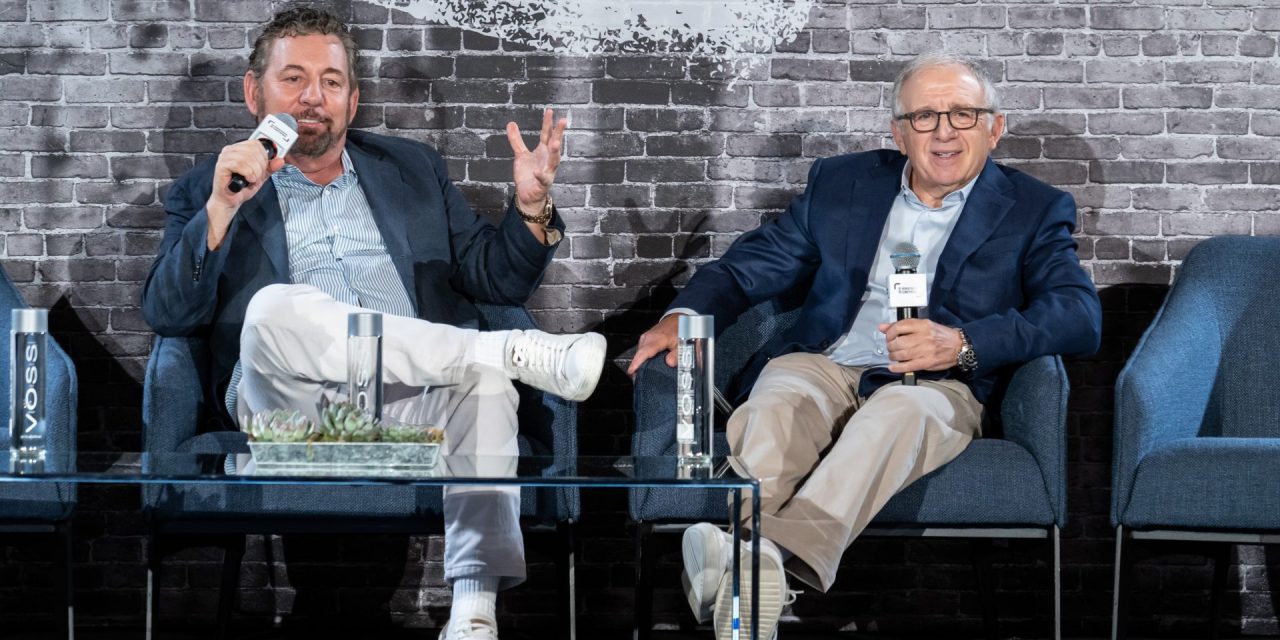 James Dolan and Irving Azoff in the leadoff session at Tuesday’s VenuesNow Conference in New York City. James Dolan, executive chairman and CEO of The Madison Square Garden Co., and Irving Azoff, chairman and CEO of The Azoff Co., sat down for an illuminating conversation with broad implications for the live entertainment industry to begin the VenuesNow Conference at the Conrad New York Downtown on Tuesday morning. The conversation focused almost exclusively on MSG Sphere, the visionary new line of facilities by MSG Co. The first two Spheres are in the works in Las Vegas and London, and Dolan teased that MSG Co. has already started scouting locations throughout the world for future Spheres. Conference attendees were treated to a striking video detailing renderings of the Sphere facility and its associated technology, and Dolan elaborated upon the Sphere’s conception, planning and priorities moving forward. Though he has built an empire […]
To access this post, you must purchase Subscribe to VenuesNow – 1 Year, Subscribe to VenuesNow – 2 Years or Subscribe to VenuesNow – 3 Years. If you are already a member of VenuesNow, please login here: log in