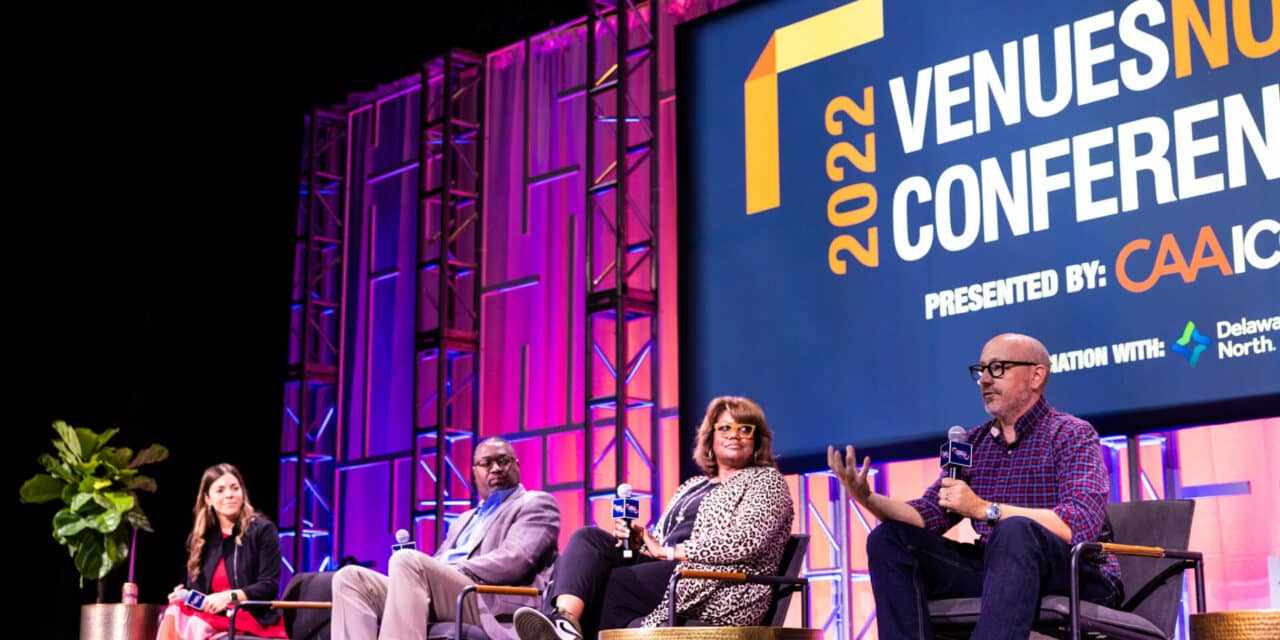 Zimmerman told the story during the Oct. 5 panel session “Extending the 30-Year Venue Life Cycle for Sports and Entertainment Facilities,” part of the 2022 VenuesNow Conference in Austin, Texas.

Enterprise Center opened in 1994 as a privately funded arena, which is relatively uncommon in the big leagues. The building aged over time with not a whole lot of upgrades to keep the facility current. The Blues ultimately partnered with the city of St. Louis and the state of Missouri to help fund a three-year, $150 million renovation.

Those improvements took place 2016-19. The Blues’ strategy for securing public money to pay for the renovations extended to shining a light on Calipari’s view of Enterprise Center after his Kentucky Wildcats played at the arena as part of an NCAA men’s regional. Caliperi wasn’t happy with the shoddy WiFi connectivity and the lack of coaches’ office space.

The Southeastern Conference, meanwhile, had booked Enterprise Center to hold its 2018 men’s basketball tournament. Calipari didn’t agree with that decision after his experience as a Division I hoops coach.

“He went to the SEC commissioner and said ‘this place is a piece of shit, we shouldn’t bring our tournament here,’” Zimmerman said. “That one thing became our story. We were no longer competitive, all of these events are not about the Blues. It was never about the Blues, it was every day. It became a story about building our city’s economic base and building hotel rooms. We stayed on that and over time, it resonated and we’ve been able to deliver. We got the NHL All-Star Game (in 2020) and are getting the Frozen Four back (in 2025).”

They all weighed in on the concept of “future proofing” venues. Some felt it was a misnomer due to the difficulty of predicting what things they will need over the next decade, especially in technology.

“There’s no such thing as future proofing,” Johnson said. “Every day, I walk into the building and there’s new changes going on. We have to go with times of change and adapt to all the new technology taking place. It sounds great, we try it out, and then move on to the next shiny object out there.”

The Titans decided to build a new stadium after adding up the expenses to renovate 23-year-old Nissan Stadium, which became a cost prohibitive exercise considering the $500,000 alone it would take to update the infrastructure. Nuse told the story about water pouring down backstage after a ceiling collapse during a thunderstorm at the Garth Brooks concert in July 2021, which had to be rescheduled to April 2022.

That incident in part helped convince state officials to pitch in financially on a new stadium with an enclosed roof, Nose said.

“Our stadium was definitely not future proofed,” he said. “When (team owner) Bud Adams moved the team from Houston to Nashville, I don’t think the city thought it was going to happen, so they weren’t thinking ahead of time on it. Now that we have a $2.2 billion stadium in the works we’ve been aggressive in figuring out what that means.”

“At Nissan Stadium, we’re beta testing everything that’s out there from Evolv (contactless screening) to help us with security to installing five Zippin (frictionless concessions) lanes,” he said. “We’re talking about maybe doing zero parking in the future and trying to predict what that could look like; it might be heavy ride share. We’re in a fun spot right now.”

The evolution of premium seating and stratification of those products is a key piece of keeping up with market demographics for buildings approaching the 20-year mark, such as FedEx Forum and Spectrum Center. The issue is finding space to develop those new products.

“There are so many new all-inclusive areas that everyone is creating, but for us, it’s about finding space in a building that opened in 2004,” Johnson said. “We’re moving storage everywhere and your operations folks are looking at you, asking ‘where are you going to put the courts?’ Those are the things that we have to look at as we renovate and operationally how it’s going to work. That’s the biggest challenge.”

In both Charlotte and Memphis, the NBA arenas were designed with the bulk of seats in the upper deck, which are the toughest tickets to sell for events. It’s an issue that revolves around major structural changes to put most seats in the lower bowl in more desirable locations.

On their own, the Hornets are embarking on $215 million renovation at Spectrum Center after Charlotte City Council approved public money in June to finance the project.

“We have about 10,500 seats in our upper bowl,” Julian said. “It’s been a challenge since day one and something we want to revisit.”

All told, downsizing is the trend for renovations and new builds to create demand and reduce unsold inventory.

“We had one of the biggest capacities in the NHL at 19,800 seats,” Zimmerman said. “The only arenas bigger than us were Montreal and Chicago. St. Louis has no business in terms of the size of our city having that type of capacity. Now, we’re at 18,100 and have dramatically increased our revenue by creating more scarcity and diversifying the different products we have.”

Flexibility is key, regardless of whether it’s by design or not, Kells said.

“We opened in 1996, a ‘big bunker’ designed to keep Lower Broadway away from us,” he said. “Back then, Broadway was not the family friendly environment you’re familiar with these days. We’re fortunate that land was cheap in the early ‘90s. We have a big chunk of earth that we occupy and are looking at how we can open that up and do things differently.”