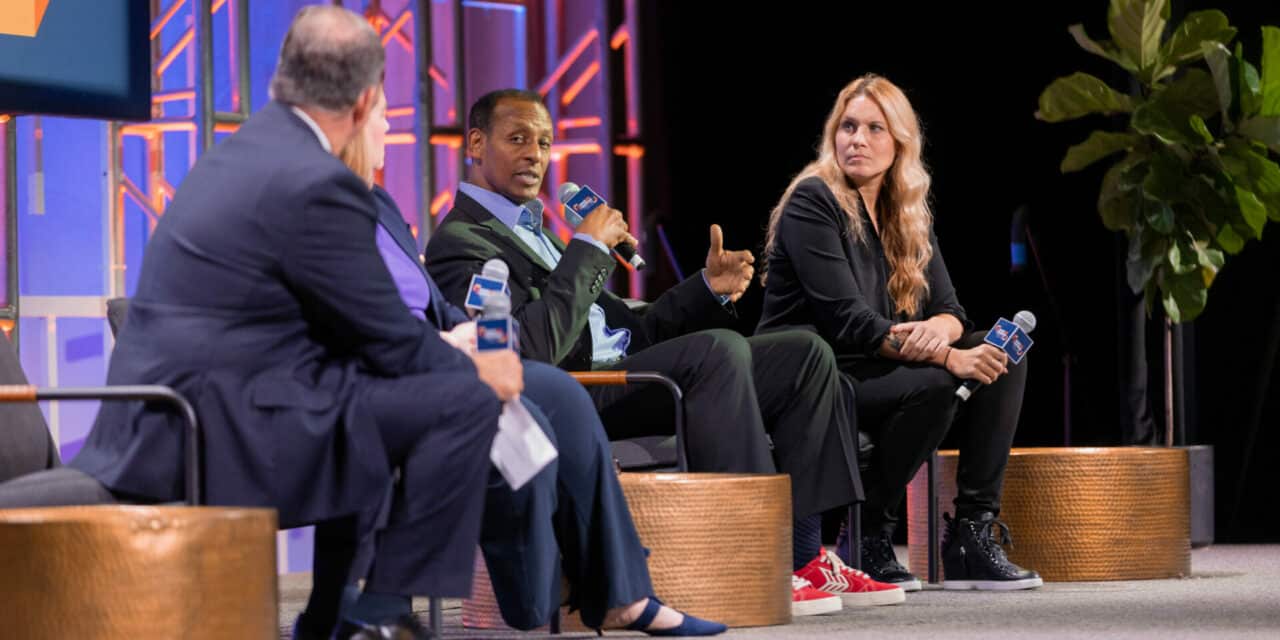 Security experts agree that building a prevention culture is everyone’s responsibility from the security team, to guest services, law enforcement, outside contractors and beyond.

Downing moderated a panel of other security industry thought leaders who shared best practices and real-world examples during a session titled, “The Value of a Prevention Culture: Lessons Learned,” during the VenuesNow Conference on Thursday in Austin, Texas.

The panelists discussed industry trends including an increase in aggressive fan behavior, staffing challenges, technology — including frictionless screening — and the challenges of securing a growing footprint as many venues have added large outdoor public spaces to enhance the fan experience.

The role of venue security is evolving and creating a robust prevention culture demands constant attention and review, panelists agreed.

“If it was easy, we wouldn’t be sitting here today,” said Reid-Bateman. “Saying, ‘We have good security,’ is not enough. We have to prove it over and over.”

“We have to be proactive with the work that goes into planning for events inside your building and outside,” Lea added. “Shoring up vulnerabilities and developing protocols and strategies to minimize consequences.”

A major hurdle is the impact of staffing shortages and new hires that lack institutional knowledge. Those shortfalls are being filled by third-party contractors, who are removed from the day-to-day operations, which increases the need for thorough communication at all levels.

Wynn likened it to “starting from scratch.”

The fans have changed, too. Panelists all cited an increase in aggressive behavior and the number of incidents that quickly escalate from “0 to 100.”

For Lea, his attention has shifted to what is happening outside the venue as people pool in bigger numbers for an extended period before and after events.

“I’m more geared to what is happening outside with guests coming in,” he said. “And trying to prevent dangerous items from coming in that could cause a significant amount of harm in a short period of time.”

Wynn said that facial recognition incorporated into metal detectors can weed out the “bad actors.” Wynn has also increased the number of K-9 units.

But technology and extra precautions won’t work if complacency creeps in. “When complacency sets in, bad things can happen,” Wynn offered.

Lea said complacency is also a challenge with third party vendors who often work in multiple venues. “It’s a day job versus having buy-in so the training becomes even more critical,” he said.

Wynn said detectors are the first line of defense but added that it is equally important to know the venue. “Mastering your building will help in an emergency situation,” she said.

“I talk about things that are scary all the time,” said Reid-Bateman. “A good offense will have everyone as part of the conversation. We need to get past the idea of, ‘That’s security’s job.’ Security is everyone’s job.”