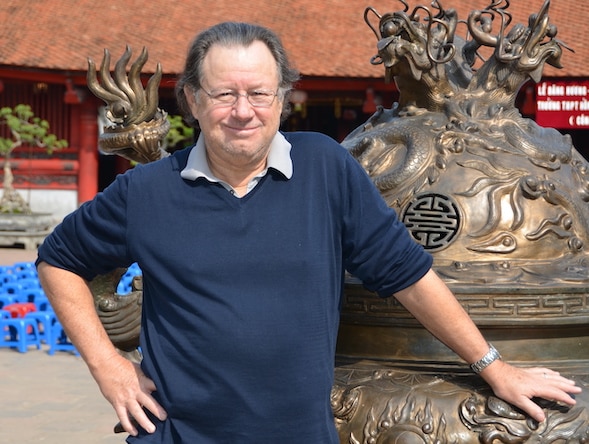 Twenty-five years after he retired as CEO of Ticketmaster, Fred Rosen still has his eye on the industry and — surprise — has a few opinions of recent developments.

Looking back at the company he elevated into the dominant player in the live event ticketing space, Rosen said Ticketmaster has been through a series of regimes, some more adept than others. Rosen gives high marks to Michael Rapino, CEO of Ticketmaster parent company Live Nation Entertainment.

“Michael’s done a very good job. Notwithstanding all the press that gets written. The company does well, and you’ve got to give him credit for what he’s been able to do,” Rosen said.

During his tenure in the live entertainment industry, Rosen was never shy about offering his unvarnished opinion. While he claims he’s mostly a casual observer these days, he did sound off on the topic of ticket prices.

“This issue about ticket pricing is insane,” he said. “It’s the same crap I heard 40 years ago. Nobody pays more for a ticket than they want and the reason that tickets will never be able to be regulated is because you can’t regulate emotion. Why does anybody sit in the last 10 rows? Why does anybody sit in a stadium and freeze? Because emotionally they have a connection with the artist or the team and have a need to be there.”

Emotion-driven demand for event tickets has confounded attempts to rein in prices in the primary and secondary markets, and it’s the same with other elements of modern life that can’t resist regulation, he said.

“Whether it’s gambling, alcohol, morality or drugs, all attempts at regulation have failed,” Rosen said.

The issue of dynamic pricing and how tickets are allocated reached a fever pitch in July when Bruce Springsteen floor seats for his 2023 tour reached a reported $5,000.

The Boss, who once chided those in $300,000 suites to mix with the crowd when he first played Staples Center (now Crypto.com Arena) when it opened in Los Angeles in 1999, was excoriated in some quarters. His manager, Jon Landau, responded with a statement to the New York Times saying the “true average price” for a Bruce ticket was in the mid-$200 range, less than what peer artists were charging.

“There is a dynamic; if people want to see someone, they’ll decide if they want to pay for it or not and nobody’s going to regulate that,” Rosen said. “It’s great emotionally and it gets you on page three and it’s a great thing for the press, but here’s a part that’s interesting: when sports tickets go through the roof no one gets upset. They think it’s kind of cool. A Super Bowl suite in L.A.  last year went for $2 million. In Milwaukee, when the Bucks were in the championship game, tickets for the Bucks had never been so expensive. People take that as sort of an honor.”

Consumers can vote with their pocketbooks, but market forces prove that price resistance is futile, Rosen said.

A majority of tickets are sold at “face value” but plenty of loyal fans still felt left out in the cold by the surge pricing on the Springsteen shows.

“I haven’t seen anything that says you have a right to go,” Rosen said. “Everybody is a brand and a Ferrari costs more money than a Kia. Nobody seems to be upset about that. If an artist thinks they’re worth X and people want to pay for it, then that’s what the artist is worth.”

“Everybody made money but him,” Rosen said.

Rosen credits former Los Angeles Lakers owner Jerry Buss with being among the first to understand the importance of getting top dollar for the best seats, but keeping the house full by making the upper reaches of the Forum affordable for commoners.

“He made floor seats very expensive, but the last 10 rows of the forum were $7 and $9,” Rosen said. “But here’s the point. You can consume content the way you can afford it.”

Rosen said the public is to blame for the demise of anti-scalping regulations.

“The laws got eviscerated because the public didn’t want them,” Rosen said. “It all happened about the same time. StubHub came. I left Ticketmaster. This was all within 12 to 18 months. Now, groups take 10% of their tickets for their fan clubs. So, Mary Jane in Iowa or Illinois or Florida gets four tickets for great seats in the first 20 rows. StubHub made it peer to peer, so she said, ‘Well, I can sell the four seats, pay my rent and go sit where I always sat when I bought through Ticketmaster.’”

Technology has changed the demographics of the event-going public by efficiently matching artists and fans willing to pay up to be in the building and be able to say they were there, Rosen said.

“The war is over. Artists can charge what they want because they’re a brand,” he said. “As far as Bruce is concerned, it’s his value, his choice. Anybody can be critical but if you’re critical you don’t have to go. No one pays more for a ticket than they want. Everything else is noise.”