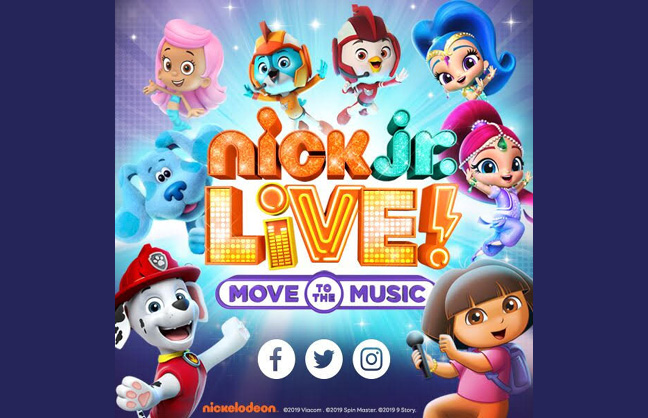 VStar and Nickelodeon are upping their partnership starting with “Move to the Music.” Character-packed Nick Jr. Live “Move to the Music” to be first show from stepped-up agreement VStar Entertainment and Nickelodeon have entered into a five-year deal that will see VStar be the exclusive live touring partner for Nickelodeon’s broad portfolio of family-skewing properties. Nick Jr. Live “Move to the Music,” a new live show that will incorporate characters from multiple hit Nickelodeon preschool animated series, including “Bubble Guppies,” “PAW Patrol,” “Dora the Explorer,” “Shimmer and Shine,” “Blue’s Clues & You!”, “Blaze and the Monster Machines” and “Top Wing,” will be the first show born from the deal, which is being announced this morning. The companies have had a relationship since 2016, when they partnered to bring PAW Patrol Live! “Race to the Rescue” to the stage, the first live stage show based on Nickelodeon’s popular PAW Patrol. That […]
To access this post, you must purchase Subscribe to VenuesNow – 1 Year, Subscribe to VenuesNow – 2 Years or Subscribe to VenuesNow – 3 Years. If you are already a member of VenuesNow, please login here: log in