Where Is the Live Biz Right Now? On the Right Track 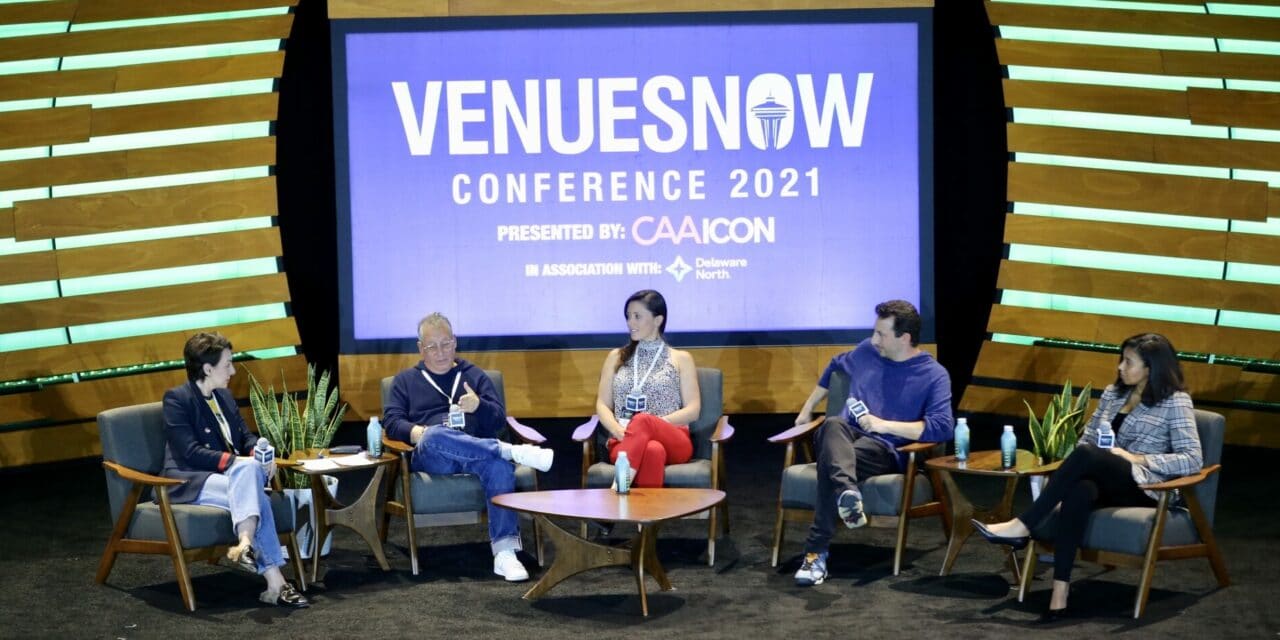 “The Future Is Bright for the Live Biz: But Where Are We Right Now?” (from left): moderator Pam Matthews of IEBA, Marty Diamond of Wasserman Music, Kelly Flanigan of Live Nation Concerts, Jonathan Shank of Terrapin Station Entertainment, and Starr Butler-Jemison of Fiserv Forum.

In a rapid-fire 45-minute panel discussion at the VenuesNow Conference on Thursday, five live industry pros delved into the state of a rapidly evolving live business. One panelist, remarking on the state of touring, described its as the “wild, wild west” which is also an apt description of the panel’s freewheeling conversation that offered loads of insight into a rapidly returning business.

Diamond had the most intel to share on a number of high-profile tours, including a certain client in One Direction whose name he dropped during a conversation about rescheduling tours. “I have a lot of other tours that we move dates,” the Wasserman Music exec said. “I think I moved Louis Tomlinson’s tour three times and each time it sold better than the next. Now the tour is completely sold out. We’ll probably have another record before the end of this tour, but we’re moving in the right direction.” Diamond also made note of how creatively productive many acts have been during the pandemic, recording new material and pursuing other creative outlets.

More good news concerned Coldplay, an act for whom Diamond is co-agent and who played the grand opening of Seattle’s Climate Pledge Arena on Friday night in spectacular fashion. In response to a question concerning consumer confidence, he said the band’s 2022 stadium tour bodes well for the business.

“We just put up Coldplay this week and I think we can resoundingly say people want to go out,” he said. Later, however, when the issue of pricing and consumer demand came up, Diamond said he and his team are conscious of “changing disposable income.” “Coldplay ticket prices are what our 2016 ticket prices were,” he said. “We’re very mindful about what people have in their pocket.”

Another tour Diamond name-checked was a major ’80s act slated to tour the U.S. next year for the first time in over a decade. “I cleared a hold last week or 10 days ago,” he said. “I was like the sixth hold at Radio City on April 12, 2022, for A-ha, who have not toured America in almost 12 years.” He noted the “irony” that the band’s biggest hit, “Take On Me,” has “passed a billion streams,” saying his 14-year-old is as excited about that show as some older people.

Diamond wasn’t the only one with big touring news: Terrapin Station’s Jonathan Shank, who has 200 shows going out, mentioned several new properties he’s putting out, including a new Disney family show that’s going to “be the first show with both Spider-Man and Mickey Mouse.” That news elicited an audible gasp from the audience as did news that the promoter is slated to put out “the first official Bob Marley immersive exhibit, that we’re launching at the Saatchi Gallery in London next year.” Another family franchise, L.O.L. Surprise, is also on its way, he said. 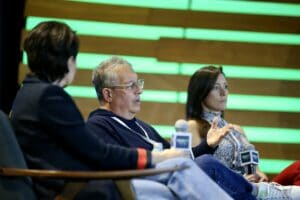 Both Fiserv’s Forum’s Starr Butler-Jemison and Live Nation Capitol Region’s Kelly Flanigan spoke of the efficacy of safety protocols established this year, which the panel agreed are going to be the “new normal” going forward.

Butler-Jemison described the good fortune she and her team had going through the Milwaukee Bucks’ NBA championship season. “We were really blessed to go through that playoff run because you have to solve for 60,000 people coming to a plaza and then also having 17,000-plus inside of the arena,” she said. Fiserv Forum, she continued, is “following CDC guidelines and local ordinances and national ordinances,” as well as NBA protocols, “basically having to do with seating, proximity to the players and to the floor” and working with “artists on whatever the tour is requiring.”

Live Nation’s Flanigan, meanwhile, spoke on the importance of late July/early August’s Lollapalooza, where “90 percent of the fans came vaccinated and that is what we’ve seen happening across the board.” She said the promoter is “hearing from fans that one of the reasons they got vaccinated was because the rules that were put in place.” As a result, she said, when Live Nation “saw the numbers with Lolla, that kind of became our platform moving forward for all of our venues. It was like, ‘OK, great, as long as we (get the) message out then we hopefully can get more fans vaccinated,’ and in general they’re coming vaccinated and/or with a test.”

Flanigan also stressed the importance of having artists help with the messaging, which everyone on the panel agreed with. “We can send (fans) a note from the venue or from Ticketmaster, but the open rate isn’t necessarily there, whereas if the artist is pushing the messaging, the fans are going to hear it.”

Diamond noted he was recently tested at a show. “I went to the Hollywood Bowl the other night to see the Neighbourhood,” he said, “and in order to go backstage, despite having a vaccine card and an Excelsior Pass, I still have to be tested. And that’s just part of the protocol. And that wasn’t my client’s protocol, that was Hollywood Bowl’s protocol. If you wanted to go backstage, that was what was required.”

The panel agreed that 2022, at least for major shows, is “done,” with most primary dates already taken along with the return of high-volume tour traffic pushing tours into 2023, which is a good sign. Diamond said he has “two stadium tours that are going in ’23 and they’re held.”

“We celebrated when we cleared a hold on a peak day at The Chicago Theatre recently on a Friday night,” Shank added. “It was difficult before COVID, and now you’ve got to plan it even further ahead. There’s been a couple of tours where we thought maybe they would go out in the fall of ’22 and we just said, “You know, forget it, they’re going out the beginning of ’23.’”