Why One Team Thinks It’s Worth the Wait 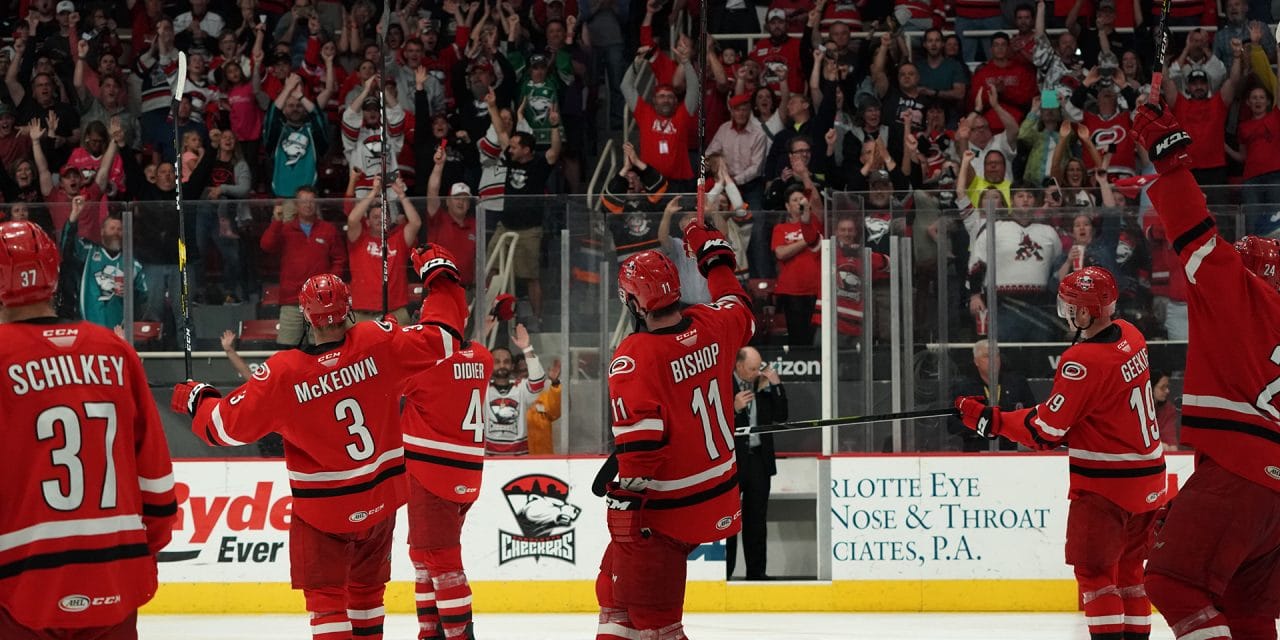 CHECKERS PAST: The Charlotte Checkers salute their fans before COVID-19 halted play. The Checkers chose not to play the 2020-21 American Hockey League season.  As the state of North Carolina slowly reopens public assembly venues with fans in the stands, Tera Black remains confident that the Charlotte Checkers made the correct decision to skip the 2020-21 American Hockey League season altogether. “We’re getting through this season and getting players on the ice (through other channels),” said Black, the Checkers’ chief operating officer and alternate governor. “The biggest responsibility of the AHL is developing NHL prospects. People are jumping through hoops to get that done and it’s working.” In Charlotte, the majority of the team’s fan base agreed with the Checkers’ decision to sit out the season, she said. They were one of three AHL teams to cancel the season. The other two were the Milwaukee Admirals and Springfield (Massachusetts) Thunderbirds. […]
To access this post, you must purchase Subscribe to VenuesNow – 1 Year, Subscribe to VenuesNow – 2 Years or Subscribe to VenuesNow – 3 Years. If you are already a member of VenuesNow, please login here: log in