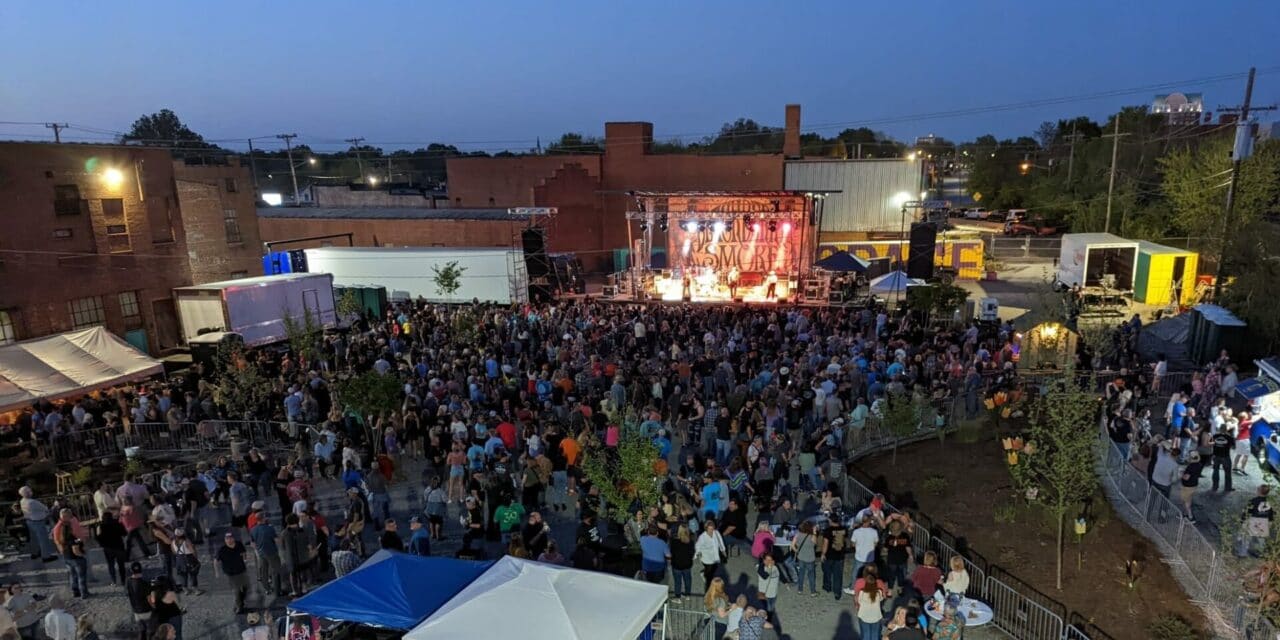 NEW ZIGS: The newest incarnation of Ziggy’s has upcoming performances by Puddle of Mudd, Demun Jones, Etana With Mighty Mystic, Clay Walker and Stephen Marley and the Babylon by Bus Tour. The venue is pictured during an April 22 Blackberry Smoke concert that sold out with 1,500 fans. (John Muldoon)

The venue, which opened April 1, is well timed and positioned for post-COVID revelry and an influx of tours in the southeast. With room for 1,500 patrons and buildable space to double attendance in the future, Ziggy’s offers performances from nationally recognized acts — including Daughtry, Blackberry Smoke, and upcoming shows with Dylan Scott and Stephen Marley — without the confines of a traditional club.

Independently owned by live industry veteran Jay Stephens, Ziggy’s is situated in a stretch of neglected brick warehouses. The area has taken on a new vigor, starting with Truist Point, a minor league ballpark that opened in 2019. The new venue, housed in a 110-year-old former hosiery mill, dominates the expansive interior courtyard.

“I want to pamper my audience,” Stephens said. “I don’t want them to have to fight 25,000 other people to enjoy that that VIP festival experience. They need to feel taken care of 100 percent of the time and not crowded elbow to elbow.”

As part of the upgraded package, VIP patrons get exclusive access to Cohab Space, a showroom featuring award-winning furniture designers inside. Exploring the meandering, curated galleries is part of the appeal, Stephens said. John Muldoon owns Cohab Space. It’s a key piece of resurrecting downtown High Point, which for many years was a hub for the textile industry and furniture manufacturing before many of those factories closed down.

Stephens is banking on concertgoers’ willingness to pay more for access to their favorite band and a better overall experience.

The environment may be homey and inviting, but the production is equally noteworthy with a $250,000 sound and stage setup. Shows take place rain or shine, and the production team, led by Scott Hethcox, can strike the stage in 12 minutes in case of inclement weather. An irrigation system runs under the pea gravel surface, which can whisk away water from a downpour in 30 minutes.

Stephens has booked talent for 35 years and played a key role developing bands that have become superstars. The framed ticket stubs on the wall tell the story: $10 to see Dave Matthews and Kenny Chesney at the original Ziggy’s.

“We are a place to develop artists,” Stephens said. “We aren’t looking at the one-hit wonders.” 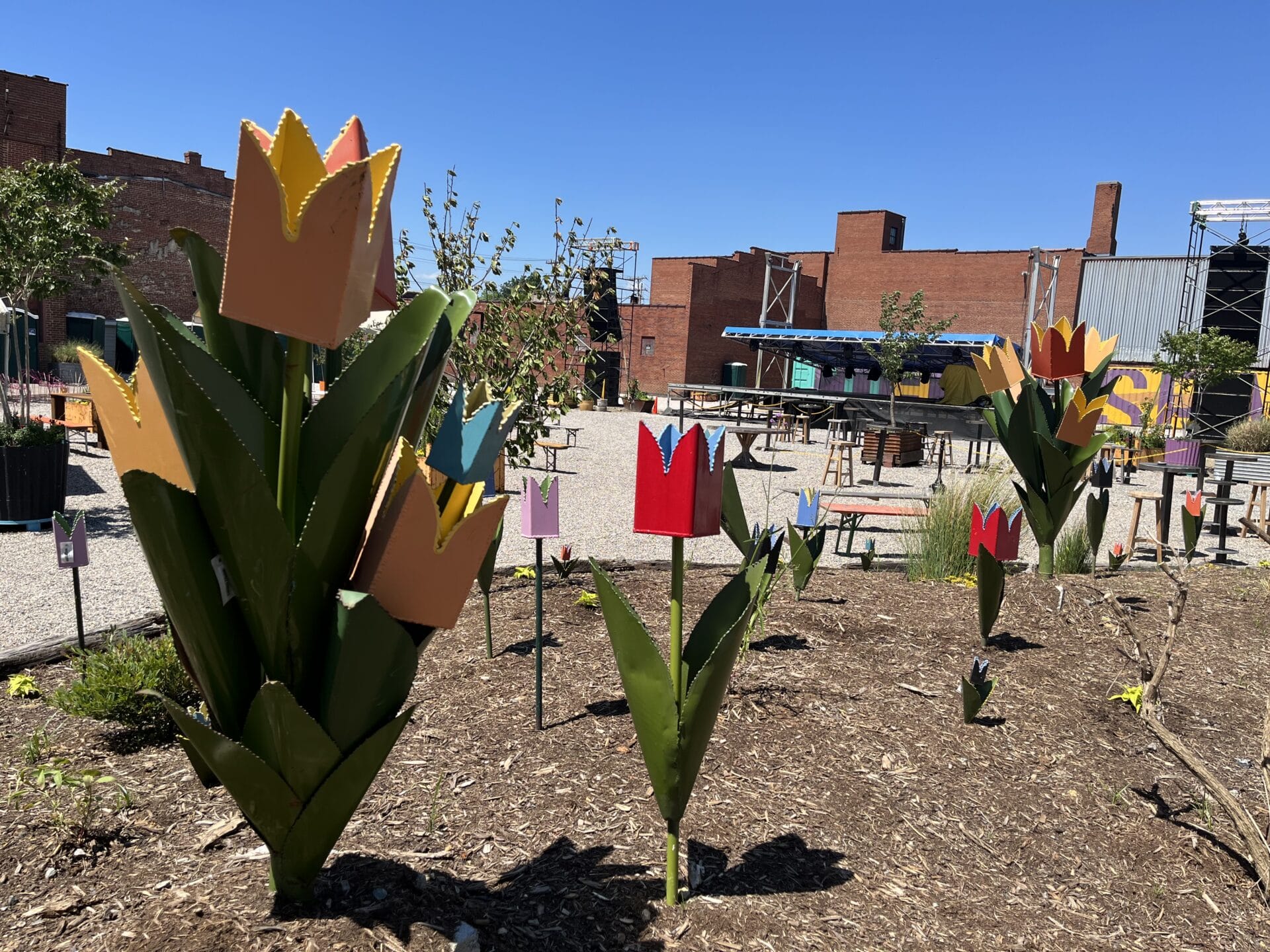 FESTIVAL-CLUB CONCEPT:  Ziggy’s has scalable configurations and room for 1,500 fans, with the potential to expand. (Wendy Pearl / Staff)

Stephens, who opened the first Ziggy’s in 1989 in Winston-Salem, has a simple and consistent booking philosophy and club motto: roots, rock and reggae.

“One thing a lot of people in nightclubs didn’t think about,” Stephens said, “is you can’t get the same dollar out of the same person five nights a week. So, I’ve always made sure I had five different genres of music. We were able to develop the best metal scene, the best reggae scene, the best jam band scene, the best bluegrass scene.”

The mix of acts has proven to be a draw, with 70% of their audience driving a minimum of 30 miles to attend concerts.

“Bands are first. Customers are first. We don’t have number two or three,” Stephens said. “Since the beginning, we have treated bands with gold gloves. We have the best PAs and staffing professionals. And when the bands show up, we have what they need to do a good performance – or we are going to get it.”

Artists who have appeared at the second generation of Ziggy’s include Phish, Dave Matthews Band, The Black Crowes, and The Wailers.

Developing relationships is central to Stephens’s success. In addition to producing festivals, he has owned several North Carolina venues including the original Baity Street Ziggy’s, which closed in 2007, the downtown Winston-Salem location, which closed in 2016, and Ziggy’s By The Sea in Atlantic Beach and Wilmington, which shuttered in 2005 and 2016, respectively.

Future plans for his new incarnation include a wrap-around balcony, an indoor venue for the winter months, and upgrading bathrooms. “Now it is just a work-in-progress and we are doing something new every week,” he said.