Live music par for the course in Walla Walla

ZZ Top, Bonnie Raitt, Maren Morris and Jackson Browne are booked to play a new amphitheater set up at a golf course in the middle of Washington State wine country. W3 Entertainment, CMoore Concerts and Knitting Factory Entertainment are the producers.

Wine Country Amphitheater’s first season will consist of at least six shows. The venue in Walla Walla, about 270 miles from Seattle, is on the driving range of the city-owned Veterans Memorial Golf Course. 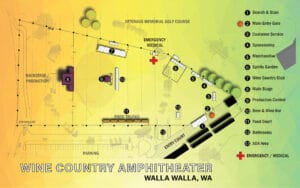 The first show at the 5,000-capacity amphitheater is ZZ Top on June 8. The series of concerts concludes with Jackson Browne on Sept. 21.

Ticket prices for the concerts — which include Aaron Lewis and the Stateliners on June 10, Chris Isaak and Lyle Lovett on June 28, Bonnie Raitt on August 17 and Maren Morris on August 23  — run from $45 for general admission to $215 for VIP packages.

Scott Daggatt, president of W3 entertainment, said the idea to open an amphitheater in Walla Walla came about after the Gentlemen of the Road Stopover Festival in 2015. The lineup of  Foo Fighters, Mumford and Sons and The Flaming Lips, drew about 20,000 to the city of around 40,000 in 2015. The festival was held on the grounds of Whitman College.

“This has really been driven by the city,” Daggatt said. He credits City Manager Nabiel Shawa’s support of the amphitheater as an economic generator for the city and region, which boasts scores of wineries. “Concerts are part of the city’s strategic plan.” 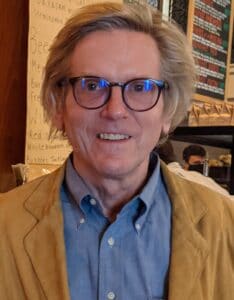 Daggatt, formerly with Concerts West, said W3 Entertainment leased the golf course from the city with the intention of staging concerts on the grounds. The pop-up venue will be erected and taken down after the concerts, when the space converts back to a driving range.

“But if it goes as we all hope, there will (eventually) be a permanent stage down here,” Daggatt said, adding that sponsorships and luxury amenities are contemplated for subsequent seasons.

There’s no real worry that the concerts will chew up the grass.
“During Gentlemen of the Road part of the golf course was used as a camping area for the festival and the grass held up well,” Daggatt remarked. “That said, the golf course will be off limits for our concert series so we only have the driving range to contend with.
Walla Walla wines will be the only vintage served during the shows.
The food and beverage operation will be headed up by Tommy Long, who has worked on major corporate events such as a Microsoft dinner for 20,000 and last year was involved with a revamping of the glamping area at Washington’s Gorge Amphitheatre.

The concerts should draw well from the Tri-Cities region, encompassing Kennewick, Pasco and Richland. All three cities, with a combined population of 300,000, are within a one-hour drive of Walla Walla, Daggatt said.

Just the rumor that Bonnie Raitt would potentially play the new venue made the local newspaper’s front page, he said.

Knitting Factory Entertainment, which has focused on booking shows mid-size markets such as Missoula, Montana, and Boise, Idaho, is a perfect partner, Daggatt said.

“These guys already have a company infrastructure and booking relationships,” he said.

Knitting Factory Entertainment CEO Morgan Margolis said the company got on board with the pop-up shed concept over the past year. 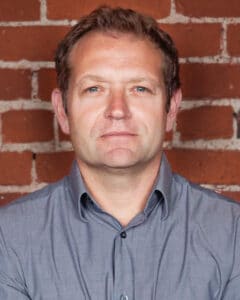 “We do Big Sky (Brewing Company) Amphitheater in Missoula and Outlaw Field in Boise and we do other outdoor stuff all over the country, so we were looking for another space and this one came at us,” he said.

The venue fits well into Knitting Factory’s growing network of outdoor and indoor facilities in the Pacific Northwest, Margolis said.

Tourists visiting Walla Walla to sample the wineries should respond well to having concerts as another entertainment option, he said.

“It’s going to make it more of a destination,” Margolis said. “We helped to do that back in the day in Boise. We came there, partnered up to help drive a tremendous music scene. Now it’s become a small powerhouse town. I hope the same happens here.”

Many secondary markets out west are growing in population because people enjoy the open spaces and outdoor lifestyle and can work from home, Margolis said.

“The world has changed,” he said.

Ticket sales have been strong so far, Margolis said.

Knitting Factory Entertainment continues to expand across the country since its beginnings with a single club in New York in the late 1980s.

Walla Walla will be another option for acts coming through the area, he said. Maren Morris, for example, will play three different Knitting Factory venues.

“It’s a matter of getting them to play your spot instead of skipping your venue,” Margolis said. “That’s always the battle.”

(Editor’s note: This story has been updated.)