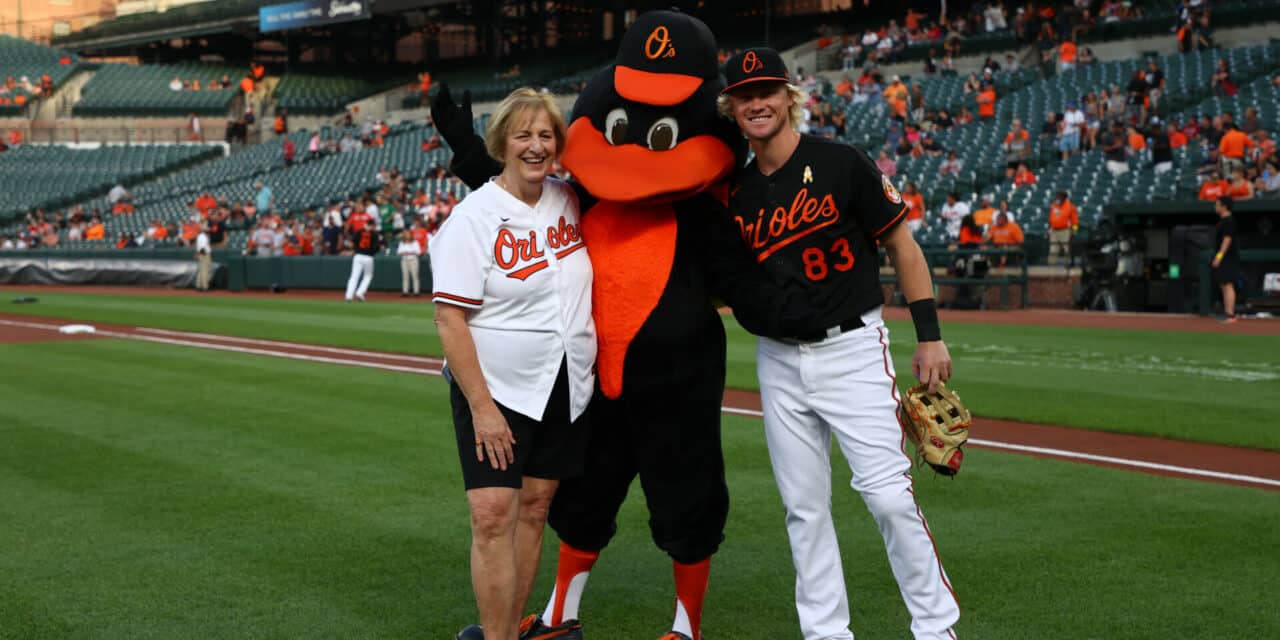 JUMBO TRIBUTE: Peggy Daidakis hams it up at an Orioles game, where she got to throw out the ceremonial first pitch and got the videoboard treatment congratulating her for her retirement.

Peggy Daidakis is proud to say she is Baltimore born and raised. 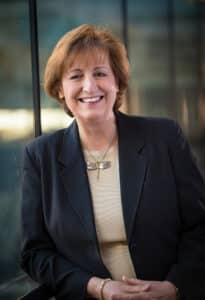 A FIRST: Peggy Daidakis is the first woman to run a major convention center in the United States. Her career spanned five decades and nine mayors in the city.

Daidakis spent 49 years putting Baltimore’s best foot forward, often sailing into headwinds like the popular but gritty TV police drama “The Wire” or the reality of crime in the city, one of the country’s oldest seaports.

Daidakis has been a fierce advocate for the city’s economic interests and cultural life, from her start working for then-Baltimore Mayor, and later Maryland Governor, William Donald Schaefer, to earlier this year when she retired following nearly four decades running the Baltimore Convention Center, where she became the first woman in the U.S. to take charge of a major convention center.

The daughter of blue-collar Greek immigrants who wanted a better life for their three children, Daidakis went to public schools and stayed home to attend the University of Maryland Baltimore County.

“My mother told me, ‘You can go anywhere you want so long as you come home every night,’” she said, chuckling. Daidakis earned a degree in sociology and social work but wasn’t sure she was headed in the right career direction, fearing she would either be “a cold-hearted Hannah” or “a bleeding heart.”

“So, I took a respite before I decided to go any further in that career. I ended up getting a job with then-Mayor Schaefer’s administration as one of the constituent services individuals that responded to calls and letters and issues that the citizens had and needed help (with),” she said. “People send the craziest requests to the mayor, and we had a little pool of people that responded to them. That’s how I got started in city service; that was in 1973.”

Daidakis spent four and a half years in Schaefer’s administration, during which time the city and state announced a partnership to build a convention center downtown.

She was recruited by the mayor’s labor commissioner to expand the operations of what was a small convention and visitors bureau. 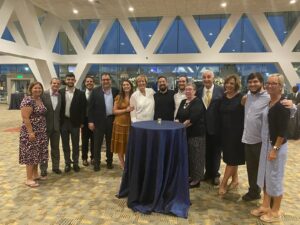 FAMILY AFFAIR: Peggy and family celebrate her retirement at the Baltimore Convention Center, where she now has a ballroom named after her.

“They kept one person from the CVB and moved me over. I never looked back, and then the city hired private management. At that time, it was Facility Management Group (which grew out of Hyatt Management), which became SMG later on,” she said of the early years of her career on Baltimore’s Inner Harbor.

FMG and the late Denzil Skinner combined the CVB with the Baltimore Civic Center arena (now CFG Bank Arena) and the as-yet unopened convention center under one management system, bringing in Wayne Chappell and Jim Smither from Houston.

“I chose to be with the facility and that’s how I got into the convention center business and was there for the (BCC’s) opening in 1979. I ended up being an event services manager,” Daidakis said. “I loved back-of-house work.”

“I could do the sales, but it wasn’t my passion, and I figured that sales and services go hand in hand,” she said. “You can lure them to book the event, but to have them happy about the decision they made and tell people about the good services that we provided, was the most challenging, I thought. At that time, we handheld the customers from the time they walked in the building to the time they walked out and there were quite a number of hours.”

FMG was only in place for two and a half years, until 1981, at which point Daidakis again became a city employee as the CVB spun off to a private non-profit, while the arena and convention center remained as city agencies.

Daidakis worked under Tom Mobley as assistant director and when he left to go to Jacksonville, Daidakis and her counterpart at the arena, Barney Levengood, became co-directors.

When Levengood — who went on to oversee the construction of Lucas Oil Stadium and Gainbridge Fieldhouse in Indianapolis — left Baltimore in 1986, Daidakis became the first woman to run a major U.S. convention center when she took over as executive director of the BCC, being appointed by Mayor Clarence “Du” Burns, one of nine mayoral administrations during her tenure. 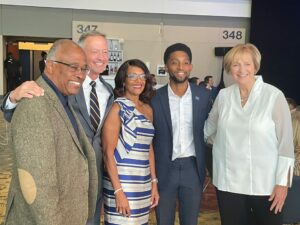 Daidakis said she was not thinking of her place in history at the time but was keenly aware she was one of very few women in a male-dominated industry.

“I can’t remember which publication it was anymore, but they did an article on three women — Ellie Oppenheimer, who was in San Jose; Carol Wallace, who went on to San Diego; and me — as the trailblazers in this man’s world and we were going to just take over,” she said. “I was just so grateful to be acknowledged as a person the mayor trusted to lead the organization. I never worked to put the next notch in my resume. As the administrations changed, it was like, ‘OK I need to prove my value,’ but in the end they’re either going to like what I’m doing, or they are going to ask me to move on.”

No such ask was made.

“I told each of the mayors I served, ‘My job is to make you not worry about us,’” she said. “They left us alone because we were competent. I learned to advocate for what our needs were and sometimes, most of the time, it worked.”

Longtime IAVM allied member Ken Lapponese, who’s known Daidakis since the late 1980s, said her job could have easily been handed to someone else as a political favor.

“There’s a reason she had that longevity; it was because of the job she was doing, but Peggy was also a politician,” Lapponese said. “She knew the game and how to play it.”

Daidakis was key to the planning of the BCC’s 1996 expansion, which tripled its size, making it Maryland’s largest. It now draws half a million annually.

When it came to contending with negative perceptions of Baltimore, Daidakis said it wasn’t difficult to convince groups that what was shown on “The Wire” would be far from what conventioneers would experience.

That philosophy has been ingrained in the BCC’s staff, said Assistant Director Phil Costa, who was hired by Daidakis five years ago as director of operations after working at the Augusta (Georgia) Entertainment Complex. 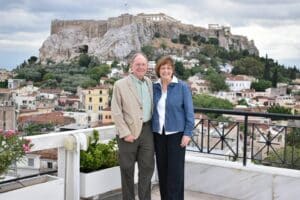 ALL ABROAD: Peggy and her husband Joe enjoy a trip to Greece. Daidakis’ parents were both born in what was known as Constantinople, now Istanbul.

“She has a really good ability to look at people, their skills and who they are as a person and elevate them to something they didn’t even necessarily see in themselves,” Costa said. “For me, she was willing to take a chance on someone that hadn’t even worked in a convention center before.”

She empowered her people, but everyone knew who was in charge.

“Baltimore is a tough town and it takes a dedicated professional like Peggy to control things,” said Linda Deckard, founder of VenuesNow predecessor Venues Today, who called Daidakis “a mentor among mentors” with many industry proteges.

Daidakis lost her sister around 20 years ago and her husband Joe, a fixture at IAVM events over the decades, three years ago. She wants to continue mentoring young industry professionals, especially women, through the IAVM’s mentorship program.

Looking back, Daidakis recalled some advice she got from her mother.

“The main thing my parents taught us was how to be good people and I remember when, in this very man’s world of the hospitality industry, I would come home and grumble about this guy making more money than me or that guy getting away with this or that, and my mother said, ‘All you have is your name. Hold your head up, do your best and it will come back to pay off in a good way,’” she said. “And it did.”