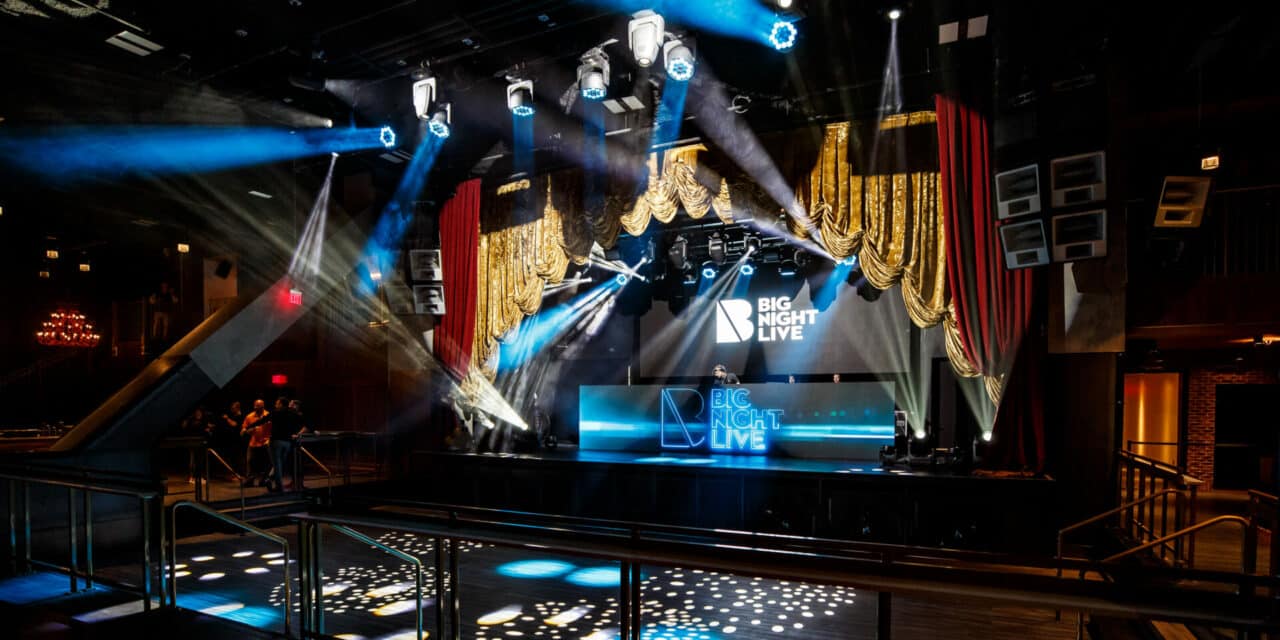 Big Night Live has made a big splash in Beantown. As part of The Hub at the Causeway development outside TD Garden, the club combines two distinct nightlife experiences.

“It’s a unique hybrid of live concert venue and VIP supper club setting,” said Joe Mazzei, marketing director at Big Night, which operates 13 restaurants and nightclubs in New England, mostly Boston. Listed at 2,000 capacity with many sellouts on the books, it’s far from the typical ballroom or auditorium setting. “There are 30 VIP booths staggered height-wise, with two levels of GA with standing room dance floors and a perimeter around the back. There’s not a bad seat in the house,” Mazzei said.

With table service and VIP options, there are multiple ticketing options for shows.

“Basically we sell 1,500 general admission tickets, and then there’s box seats we sell separately at a higher price,” added Timmy Gorham, director of ticketing at Big Night. “You’re guaranteed a seat in the boxes but it’s first-come, first-served as to your actual spot.” He said for EDM shows specifically, rather than box seats there will be VIP tables set up, with tickets requiring a minimum purchase per table.

Big Night was founded in 2006 by 30-year Boston nightlife veteran siblings Ed Kane and Joe Kane, with partner Randy Greenstein. They’ve gone on to develop upscale nightclub/restaurants such as Boston clubs Memoire, The Grand and Shrine at Foxwoods in Ledyard, Connecticut.

Opening on Halloween of 2019, Big Night Live Boston has finally reached the point of being open longer than it was closed, Gorham says. Big things are in store for the rest of the year, typically the city’s busiest period for indoor entertainment.

“We’re really looking forward to stronger drop counts, a really high percentage of people showing up at our shows as the world is getting back to normal,” he said, noting that the Omicron variant put somewhat of a damper on last year’s winter festivities. “We have a very strong October and November lined up, and once we announce our New Year’s lineup for December, we’re really going to put Big Night Live on the map more than it already is.”