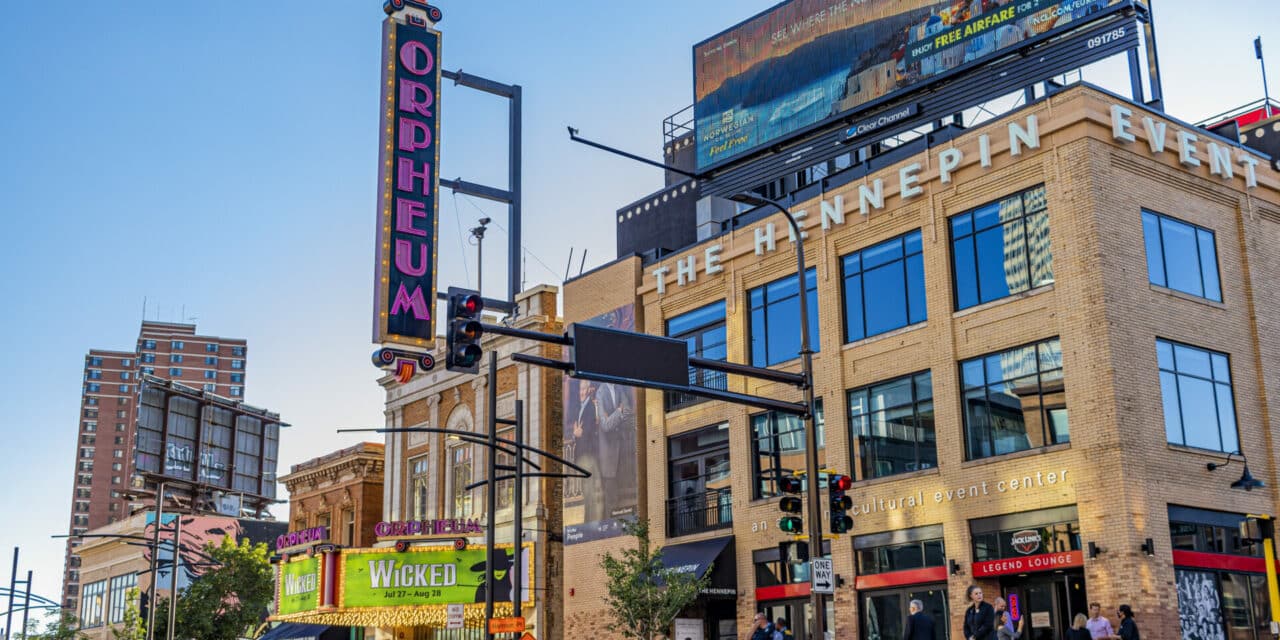 WICKED LINE: It’s a packed daytime crowd getting ready for “Wicked” at the Orpheum in Minneapolis. (Courtesy venue)

Ranking as No. 10 on Pollstar’s Q3 charts among all worldwide theater venues based on gross sales, Minneapolis’ Orpheum Theatre celebrated 100 years last October. The 2,679-seat venue has a storied history; it was temporarily purchased by Bob Dylan from 1979 to 1988 prior to the city taking ownership.

“My brother (former Orpheum manager Fred Krohn) convinced Bob Dylan to purchase the building temporarily until the city saw it was successful,” said Lisa Krohn, director of booking for the Hennepin Theatre Trust, a non-profit established in 2000. In 2005, the Trust executed a long-term financing arrangement with the City of Minneapolis to transition ownership of the Orpheum, State and Pantages theatres from the city to the trust.

“When we restored the building in 1987, they bumped out the stage house to make it big enough for the Miss Saigon production to bring in its helicopter,” Krohn said. “That opened up possibilities, as the stage is now big enough for any Broadway show.”

The Orpheum typically hosts all of the city’s Broadway shows due to its size and capacity. This is where “The Lion King” started its pre-Broadway run in 1997, which necessitated a big piece of the stage be cut out to make room for the hydraulics. The alteration and its repair cost $1 million.

Rick Hansen, director of booking for Broadway Across America, which manages the theater and rentals, notes a significant uptick in comedy bookings. The venue hosted The Funny AF Comedy Tour in March, comedienne Maria Bamford in April, and LIFE: A New Comedy by Brendan Rowlands and True Crime Comedy Show in September.

“We’ve seen tons in the last two years,” he said. “In the eight years I’ve been here, we’ve had shows with Paul Simon, Neil Young, Bob Dylan and a 13-truck Lenny Kravitz show.”

Opening as a vaudeville theater, the Orpheum became a movie theater prior to its 1993 $10 million restoration.

“The theater looks like it did when it first opened, with a huge chandelier as the focal point,” Hansen said. “We can host virtually any type of show, we bring performances people are seeking, and that is a big reason for our success.”