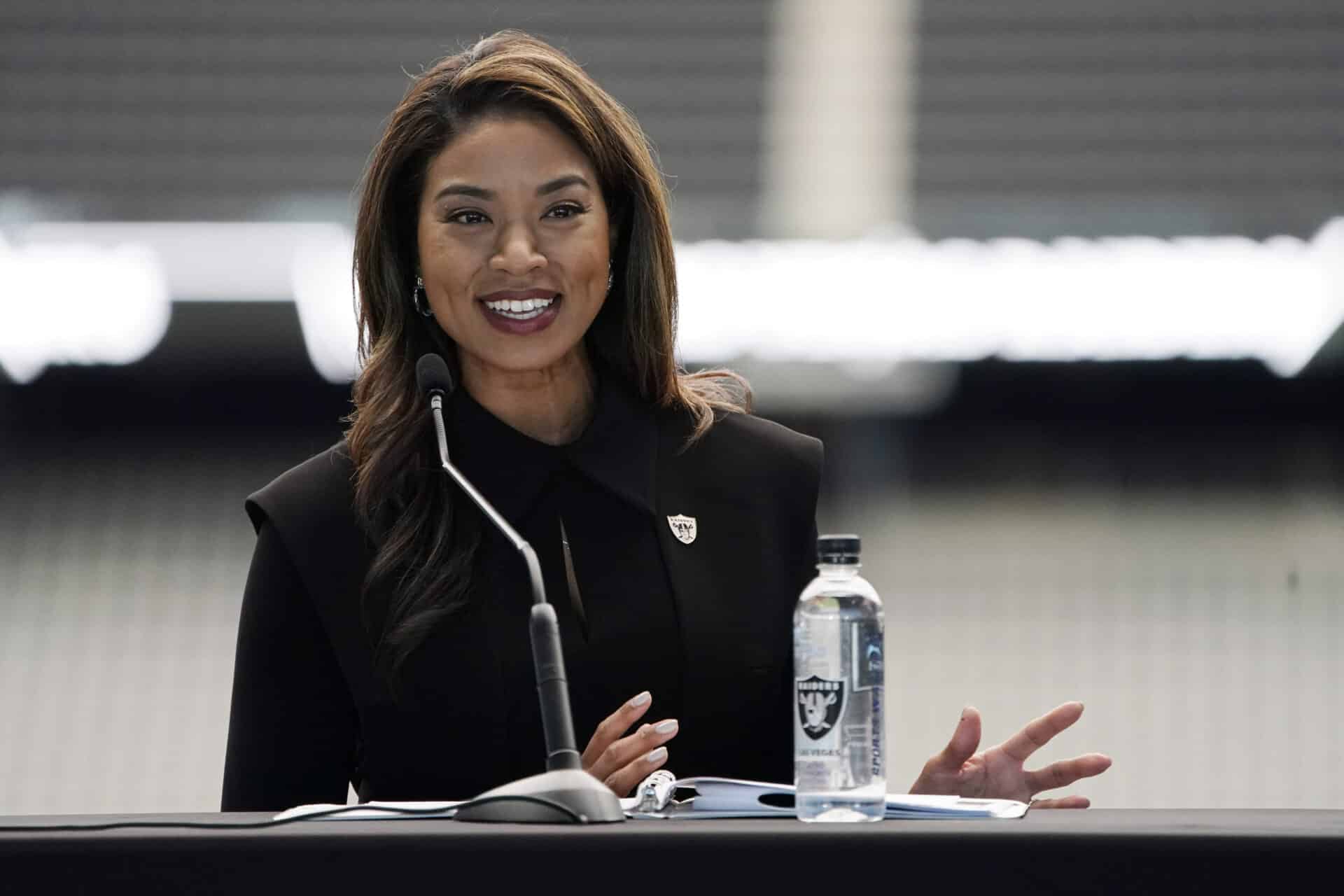 When the NFL’s Las Vegas Raiders announced that Sandra Douglass Morgan would serve as the team president on July 7, 2022, she made history as the first Black woman to assume the role in the league. Formerly the chairwoman of the Nevada Gaming Control Board from 2019 to 2021, Morgan joins Carolina Panthers’ Kristi Coleman and Buffalo Bills’ Kim Pegula, the only women currently serving as NFL team presidents.

In her opening statement, Morgan said, “I was raised in Las Vegas and have truly witnessed this city ascend to one of the sports capitals of the world, visited by millions across the globe and it is an honor of a lifetime to serve as the president of this organization.”

Not only is Morgan’s hire a key step for the NFL, which is focusing on its diversity, equity and inclusion policies, but it also is meant to stabilize the turbulent Raiders organization, which has seen multiple executives leave over the past year.
During an introductory press conference, Morgan said, “It’s no secret that this organization has faced some recent challenges. But I want to be clear: I’m not here to sweep anything under the rug or avoid problems or concerns that need to be addressed.”

Morgan’s ties to Las Vegas and the NFL include working as a director of external affairs for AT&T Services, a city attorney for North Las Vegas and a litigation attorney for MGM International. In 2021, she became vice chair of the Las Vegas Super Bowl host committee and was appointed to the board of directors of Allegiant Travel Co., which owns Allegiant Air, the naming rights partner of Allegiant Stadium, home of the Raiders.

Morgan is approachable, preferring to sit on the sideline bleachers with staffers and their family rather than among the organization’s VIPs.