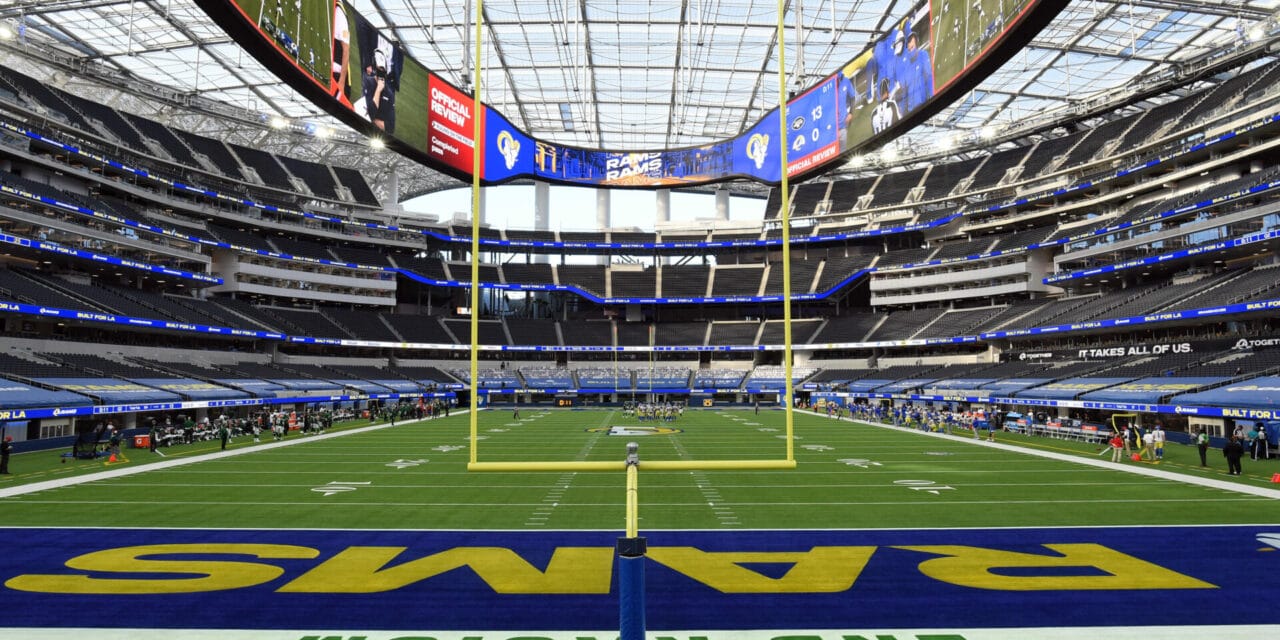 SoFi Stadium is a complex technological marvel and an alliance of companies will help fulfill its potential and that of the overall Hollywood Park development, officials say. (Getty Images)

Hollywood Park, home of the NFL’s Los Angeles Rams and Chargers and site of SoFi Stadium and Super Bowl LVI, has officially launched the Hollywood Park Technology Alliance, a program that brings together leading technology companies that contribute and help find and implement solutions for the mixed-use complex.

In answer to emailed questions, Hedinsson said he could not confirm if other teams or venues have something similar, but explained that the alliance brings tactical and strategic value.

The “scale and complexity” of the project in Inglewood, California made clear to Hollywood Park officials that partners needed to be “engaged for the long-term,” he said.

More than just hiring various vendors for various services, the alliance comprises “trusted strategic technology partners that have been involved with the technology at SoFi Stadium, YouTube Theater and Hollywood Park going back to our design and build,” Hedinsson said.

“We give them insights into future Hollywood Park projects, and we collaborate on solutions,” he said. “Technology Alliance partners provide us access to advanced engineering and insights into trends and roadmaps.”

Meanwhile, Hollywood Park also announced a multiyear professional services sponsorship with Deloitte. The firm is now an official digital transformation provider and an official technology alliance sponsor of SoFi Stadium, YouTube Theater, and the Hollywood Park development as a whole.