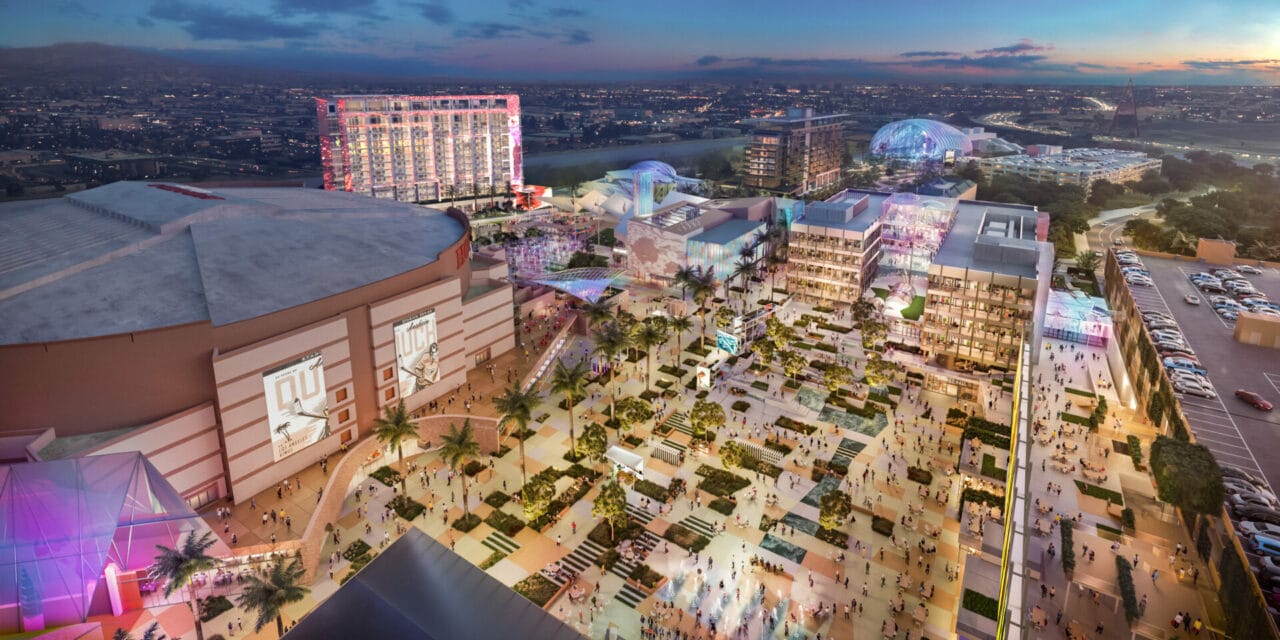 A rendering of the ocV!BE entertainment district with Honda Center as its anchor, in Anaheim, California. (Courtesy ocV!BE Sports & Entertainment)

Honda Center opened in 1993 as Arrowhead Pond of Anaheim with a Barry Manilow concert and has since become a mainstay of the Orange County live entertainment scene. The city owned-building is home to the NHL’s Anaheim Ducks and is the centerpiece of a planned entertainment district called ocV!BE, due to break ground later this year and begin opening in 2024. And when the Summer Olympics come to Los Angeles in 2028, Honda Center could be the venue for the Games’ volleyball competition. 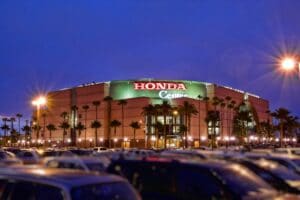 In July, ocV!BE Sports & Entertainment named Kim Bedier, longtime venue manager of the Tacoma Dome, as senior vice president of ocV!BE and Honda Center. A native of Canada with decades of venues industry experience, Bedier is a Certified Venues Executive who has taught venue management both in the U.S. and in the Asia-Pacific region.

Bedier has hit the ground running since taking her new post in September. She recently spoke to VenuesNow’s James Zoltak about Honda Center, ocV!BE and making the move from the Pacific Northwest to Southern California.

(Lightly edited for length and clarity)

VENUES NOW: Orange County is a market unto itself, but how do you view it, as completely separate from Los Angeles, or separate but connected in important ways? 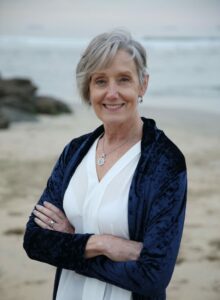 KIM BEDIER: I’m learning all about it and being pleasantly surprised. I think it’s more the latter. It is a stand-alone market of three million people and an incredibly wealthy county as well, so lots of ticket buyers, but it is also somewhat connected to LA. If we were to consider our competition in our market, we would obviously consider the venues in LA as well. We’re always jumping up and down saying, ‘Put a show here too, because it can sell.’”

It’s so similar, and so I come with that experience, and understanding what it takes to position a building in a very busy market where we don’t have our own media. So, we’re relying a lot of LA media, just making sure that we get our due and making sure that people understand why it’s good to consider the Honda Center as a stop on our tour.

Do venues like Honda Center and Angels Stadium fit into that notion of ‘greater LA’ from the perspective of acts, agents and promoters in your view?

Obviously, I would like them to think of it as an addition to their tour. Go ahead and stop as much as you want in LA but remember that, again, there are three million people just down the road that are disinclined to jump into the traffic and get in and out of LA when they’ve got a spectacular venue right in their own backyard. We have so much to offer on site. It’s easy to move in. We have great amenities. Put us on the tour.

Yes, it is. It’s in the latter stages of getting ready for the whole planning cycle with the city of Anaheim. We’re thinking probably midyear for a groundbreaking, which is super exciting, and the first phases will come into fruition in 2024.

How will ocV!BE alter the live entertainment equation in the county?

It really gives a connection point for Orange County that doesn’t currently exist. We already have the Honda Center of course which is an amazing part of the market but we’re also going to also have a smaller, 5,700-seat concert venue, which doesn’t exist yet, and likely some smaller club spaces, all in a walkable footprint. So, while Orange County is already a great tourist destination, this will have appeal for the local population as well.

It’s been a while since I saw Green Day at what was then called the Pond, but I remember looking out at the crowd and thinking, ‘Orange County rocks.’

That might have been a few days ago but Orange County still rocks. I have the benefit of having new eyes on it, but there are a lot of long-tenured people here who’ve done amazing work. I mean, the building is almost three decades old, and you would never know it walking into it. There has been a ton of investment on behalf of (Broadcom founder) Henry and Susan Samueli, who are the (NHL Ducks) owners since 2005. It’s something like $100 million worth of investment and that’s anything from seat replacement, ribbon boards, we’re doing this spectacular back-of-house work, like a lot of buildings are, and opening an amazing artists’ loft space in the fall, which will be better than a home away from home when they are on the road. We’re really trying to improve that experience and just considering the customer journey like everybody is challenged with, (and) staffing.

We’re doing everything from investing in technology for food and beverage to opening up an area outside with food trucks. The genesis of that was, when we opened back up last fall, we like everyone were incredibly short-staffed and still wanted to be able to serve food and beverage, so we created this compound outside one of our entrances which we call Puck Drop Plaza. It has food trucks, entertainment and even though it was started to meet a desperate staffing need, the fans loved it. We’re staffing up now, (but) we’re maintaining that as just a great addition to the fan experience.

I think that’s a great way to look at it. We have the best of both worlds: an incredibly massive market in LA and an incredible stand-alone market in Orange County.

How did your move to Southern California come about? What drew you from western Washington?

I love the Tacoma Dome and will until the day I die. It’s a very special venue. If those walls could talk, we used to say. I got a call, kind of out of the blue from Tim Ryan (president and CEO of Anaheim Arena Management, which runs Honda Center, and executive vice president/COO of the Anaheim Ducks Hockey Club) talking about this new development and of course he has a lot o-f increased responsibility related to the development itself and knew that he couldn’t do everything and needed someone to come in. I had to think about it a lot and maybe that sounds crazy.

Obviously, the weather is a little better here, but really drew me to the project was just the excitement around being in on the ground floor of a development that was going to be game changer for the community in which it’s based. I’ve been involved in a few new arena construction projects in my career and every time I’ve found it’s so exciting to come into a community, lay out a vision and have that vision come to fruition and be a part of actually deciding, “Where’s that door going to go. How’s that pathway going to work?” Being involved at that level of development is super exciting. I could have easily stayed in Tacoma and finished out my career there but I’m a sucker for punishment. I have my pink hard hat and my steel-toed boots and I’m ready to pull them out.