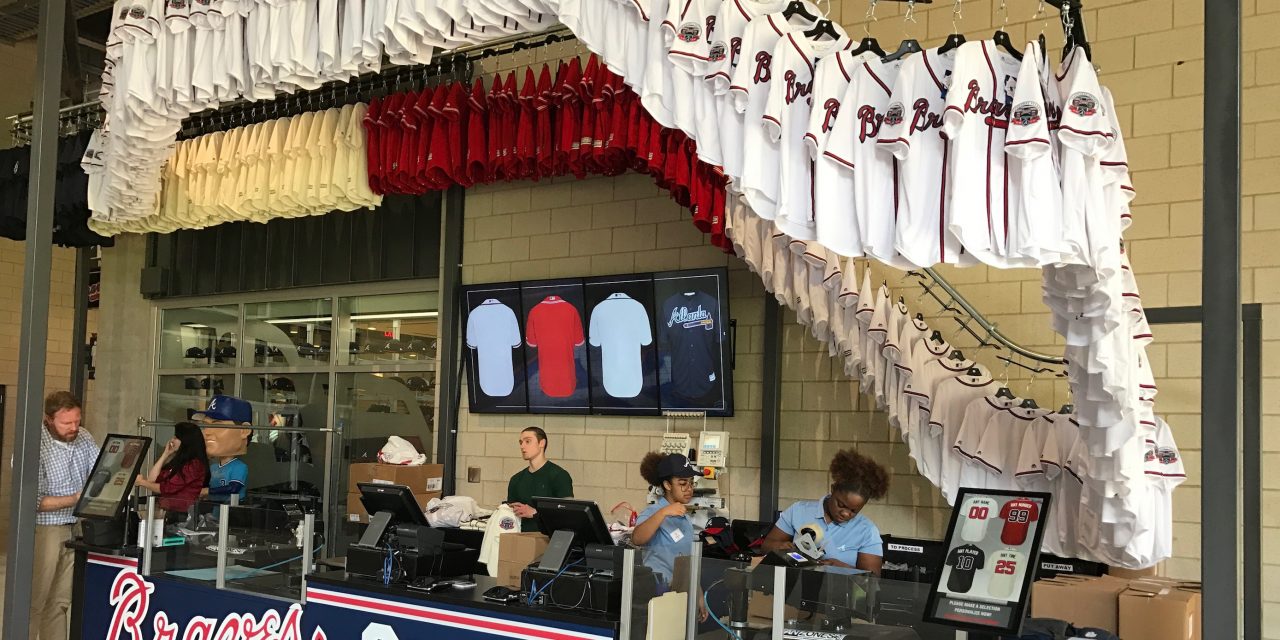 The Atlanta Braves have a jersey coaster at SunTrust Park. (Courtesy Silver Crystal Sports) Installation helps move merchandise, literally and figuratively, at venues When Nashville’s Bridgestone Arena wanted to try something different with its team jersey operation, it turned to Silver Crystal Sports, the company that put team jersey roller coasters in Atlanta’s new baseball stadium, SunTrust Park, and other facilities. “I’ve seen them around and was really impressed with the concept,” said Dave Urso, Bridgestone’s senior vice president of operations. “We had just come off a Stanley Cup (Finals) year, where we had a new jersey with a switch from Reebok to Adidas, which meant a lot of sales of jerseys.” Urso and the team wanted a way to keep the momentum going. “This way of presenting the jerseys makes the jerseys highly visible to the fans — and highly desirable,” he said. “This takes the whole operation out […]
To access this post, you must purchase Subscribe to VenuesNow – 1 Year, Subscribe to VenuesNow – 2 Years or Subscribe to VenuesNow – 3 Years. If you are already a member of VenuesNow, please login here: log in