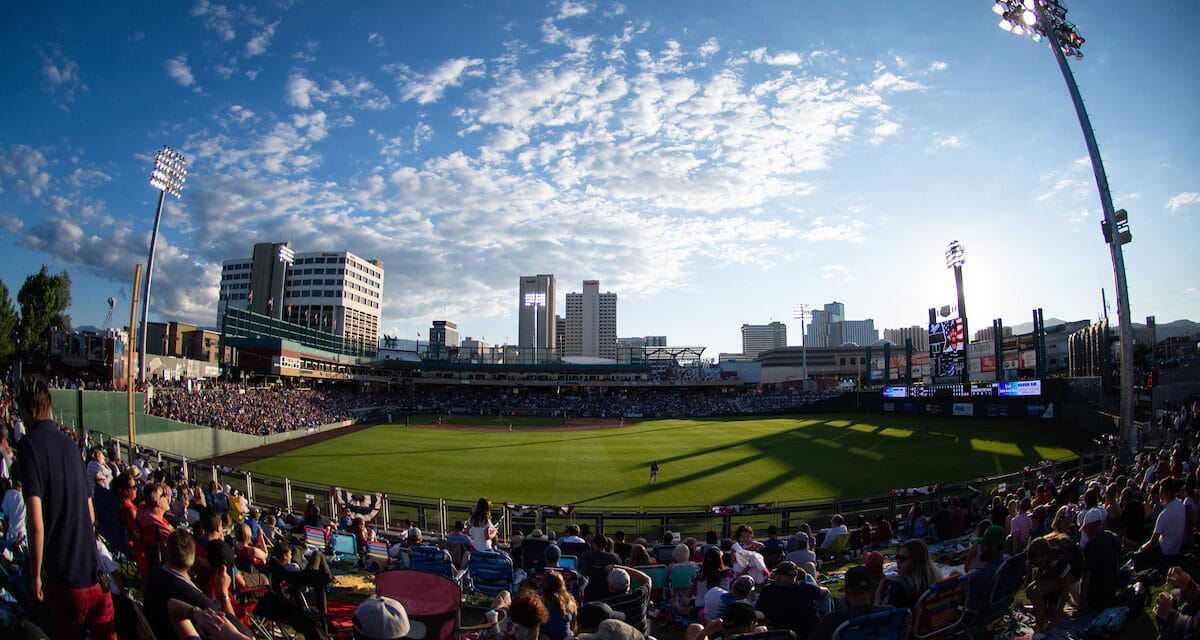 Possible return of Grupo Firme in the works

While the crack of bats and cheers of fans returned to Greater Nevada Field, home of the Pacific Coast League’s Reno Aces, the team seeks more concerts to bolster the bottom line at the 13-year-old venue.

On July 1, the team plays host to Nitro Circus’ “Good, Bad and Rad” tour, the fourth time the the extreme sports stunt show has played the 9,100-seat ballpark, Moss said. “Because of the size of our venue, we are able to do acts that others can’t.” 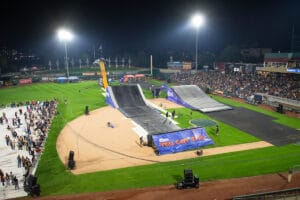 The Aces also staged a concert by Mexican banda outfit Grupo Firm. The event was produced in conjunction with a VMG Concerts of Fresno. The show brought in more than 10,000 fans.

Plans are afoot to bring Grupo Firme back for a return engagement later this year, Moss said.

The stadium can accommodate as many as 12,500 with seats on the field, Moss said.

The venue has 20 suites and a 40-person owner’s suite, plus Bugsy’s Club, named for the beloved former Aces manager Brett Butler. Butler’s nickname was coined by a San Francisco Giants teammate who likened the 17-year major leaguer’s natty clothes style to that of Vegas gangster Bugsy Malone.

“We have indoor facilities and areas where we can do private events. We’ve done a haunted house over the years. Now we want to focus on larger, in-stadium events,” Moss said.

“Getting people to come to a special event at the stadium and showing them a good time hopefully leads some of them to return for an Aces game,” Moss said.

The team and stadium have battled through the deprivations of the pandemic years, Moss said.

The team’s marketing staff did well to keep guests and potential guests engaged with online content and other means of personal contact.

“We were able to weather through it,” Moss said. “We have a strong ownership group and we’re looking at this year as getting back to the nice momentum we had going into the 2020 season.”

COVID wiped out most minor league baseball across the country. The Aces, the Arizona Diamondback’s triple-A affiliate, played an abbreviated home schedule of  58 games in 2021.

“Now we feel like we’re on the right track again. Things are looking positive,” he said.

This year, the Aces play a full 75-game home schedule.

“Now we play all the way through the month September,” Moss said. September weather in the Reno/Tahoe area is ideal for outdoor activities. “It’s great to be able to extend our season into a time of year when the weather is perfect.”

Moss said the stadium has undergone significant improvements in the last few years years, including the installation of LED sports lighting and redoing the playing surface “down to the core.”

All structural steel has been repainted and the grassy area in front of the stadium has been replaced.

“We’ve created more of a lounge area on our suite level and we’re always looking at things we can do to consistently improve the stadium,” Moss said.

Another factor playing in the Aces favor: the Reno market is growing “by leaps and bounds,” with large numbers of people relocating from California, he said.

Reno, known as “The Biggest Little City in the World” now has about 515,000 residents and its population has doubled over the past decade.

“We’ve seen exponential growth over the last couple of years,” he said. “A lot of people can now work remotely, so they work where they want to live. Reno offers such a cool quality of life. I think it’s very attractive to people. There’s a bit more affordability here than in California and people are gravitating to it.”