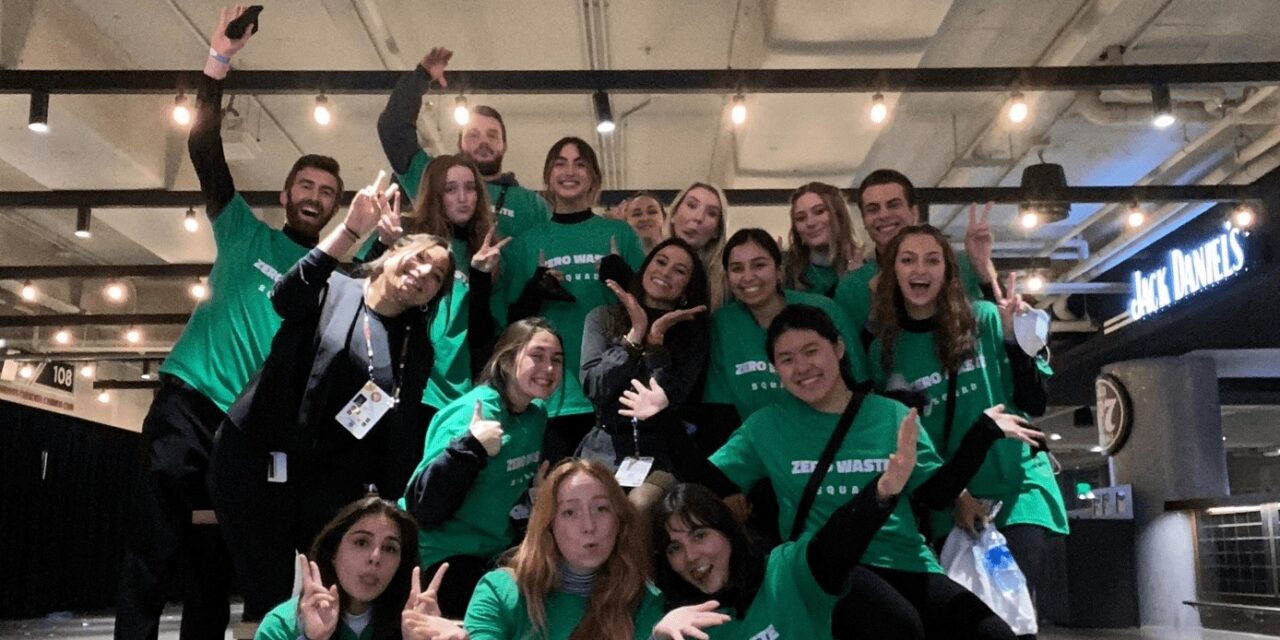 Team has created a “green bubble” inside its venue

State Farm Arena, home of the NBA Atlanta Hawks and one of the busiest arenas in the U.S., has reached another milestone in its sustainability journey.

Green Business Certification Inc., which was established with the support of the U.S. Green Building Council, has awarded Total Resource Use and Efficiency (TRUE) Platinum Certification to the arena, making it the first in the world to achieve the designation.

State Farm Arena has gone from diverting just 10% of its waste in 2019 to more than 90% diverted from landfills today.

The venue staged the first zero-waste NBA All-Star Game in 2021.

Earlier this year, recording and touring star Billie Eilish played a sold-out State Farm Arena, the second stop on her “Happier Than Ever, The World Tour” and afterward it was announced that the venue had diverted from landfills about 92% of the fan-generated waste from that gig. 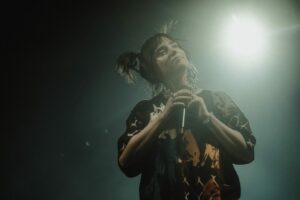 Anything above 90% diversion is considered zero waste.

Eilish has made it a priority that her tour be as “eco-friendly” as possible and each show on her route featured the Billie Eilish Eco-Village, a lounge hosted by environmental non-profit organization Reverb. The lounge showcases non-profits including Support + Feed, as well as local charitable organizations in each city on the tour.

Sofi Armenakian, Director of Sustainability and Operations for the Hawks and State Farm Arena:

“It’s really a way to recognize formally the hard work and intent that we have,” said Geoffrey Stiles, the Hawks’ senior vice president of facilities and events for State Farm Arena. “It’s similar to other building certifications where it is a third-party validation. It adds more validity when you have a third-party actually come in and make sure you are walking your talk.”

Added Sofi Armenakian, director of sustainability and operations for the Hawks and State Farm Arena, “We were able to receive credits for areas (of sustainability) that were considered unlikely when we reviewed the framework initially.”

She said the choice was made earlier on to not just achieve GBCI certification, but to get the highest level possible.

“We really pushed it when we said let’s go big,” Aremenakian said.

To get to platinum, a certain number of credits must be achieved.

“We looked at all the various categories: training, supply chain, whatever it was, we tried to achieve everything required wherever possible,” Armenakian said “In order to even qualify (for the lowest level of certification) you have to show that you have diverted over 90 percent. That is your initiation into the program.”

Rewriting operational policies and then shifting the culture of the organization is no small task, she said.

Stiles said there are best practices throughout the industry that the arena looked at, but the effort mostly blazed new trails.

“We really had to pave the way and come up with our own plan, because it is unique here in the South,” he said. “We do not have the composting infrastructure. We don’t have a lot of the things that exist elsewhere, so really we created this program from the bottom up in every facet, from waste receptacles to staffing, to creating a sustainability department. We were the first NBA team to have a director-level role (which Armenakian fills) that had the title of sustainability. That’s the importance we put on it.”

Having the support of team brass from ownership on down has been crucial, Armenakian said.

“To have that support is very important,” she said.

“You look at what we do in the community, we make decisions to be pillars of our community,” Stiles said. “This community that takes care of us, we want to embrace it and our ownership is bought in. We get support from the ownership group led by Tony Ressler, this is just another example of walking the talk.”

Some of the biggest challenges included figuring out logistically how to minimize waste within the public infrastructure in Atlanta while also creating what Armenakian calls “a green bubble” at the arena.

Identifying places to send compostable plastic for processing was not simple, Stiles said.

Armenakian said polices like making sure there is no random bin anywhere in the venue and having clear signage are key as facing the real challenge of controlling contamination of the waste stream.

“We took the time to photograph every single item that we sell in this buildingand placed it with our signage to make it that much easier for our fans to do their part,” she said. “Contamination is still an opportunity, a global opportunity and when people leave our green bubble and walk outside, things change. Trying to change behavior of people while they are here is difficult and I think it’s going to be a long journey, a forever journey, but we’re excited to be doing something to raise awareness around that.”