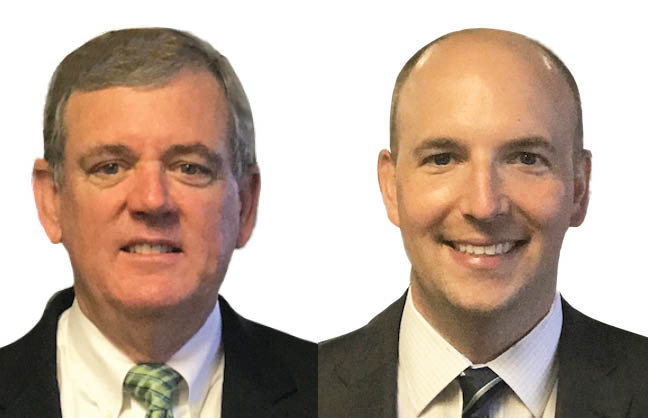 Bill Duffy and Bill Fagan. (Courtesy The Aspire Group) They move up to vice chairman and CEO, respectively, at The Aspire Group Bill Duffy, chief executive officer of The Aspire Group, has been promoted to vice chairman, and Bill Fagan, Aspire chief operating officer, has been promoted to CEO, effective Jan 1. Duffy has sports industry experience that spans three decades. He spent the last spent 7 1/2 years with The Aspire Group in the principal, COO and CEO roles. Fagan joined The Aspire Group as manager of the fan relationship management center at Georgia Tech in 2009 and he has received four promotions since then. Before joining Aspire, Fagan was manager of inside sales with the NBA’s Charlotte Bobcats and Phoenix Suns. In between NBA stops, he spent a year in the Canadian Hockey League with the Moncton Wildcats as their director of sales and service. Fagan began his […]
To access this post, you must purchase Subscribe to VenuesNow – 1 Year, Subscribe to VenuesNow – 2 Years or Subscribe to VenuesNow – 3 Years. If you are already a member of VenuesNow, please login here: log in