Ballmer in Talks to Buy Forum From MSG 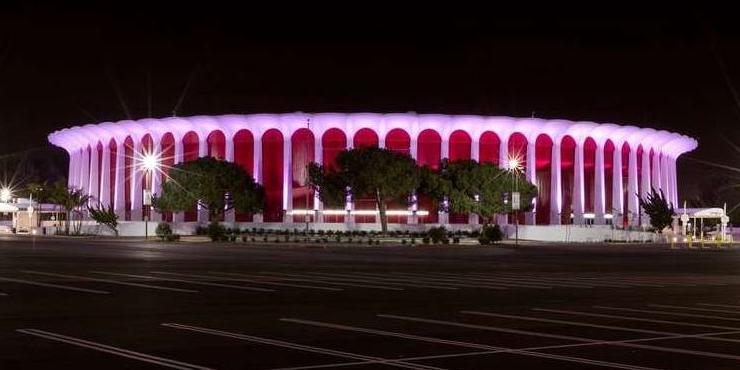 The Forum in Inglewood, Calif., is owned by The Madison Square Garden Co., which made it a music-only venue. Move by Clippers’ owner comes amid legal fight over planned arena Steve Ballmer, owner of the NBA’s Los Angeles Clippers, is in negotiations to buy the Forum from The Madison Square Garden Co., according to a source as well as multiple published reports that surfaced Sunday night and which ESPN.com first broke. The news comes amid a legal battle between MSG and both the city of Inglewood and Ballmer dating to 2018 and stemming from Ballmer’s intention to develop a nearby arena estimated to cost $1 billion. The Clippers issued the following statement: “The Clippers continue to pursue plans to build a state-of-the-art, 18,000-seat basketball arena and entertainment complex in Inglewood and are currently working with the city to successfully complete the comprehensive Environmental Impact Report. We are examining every possible way […]
To access this post, you must purchase Subscribe to VenuesNow – 1 Year, Subscribe to VenuesNow – 2 Years or Subscribe to VenuesNow – 3 Years. If you are already a member of VenuesNow, please login here: log in