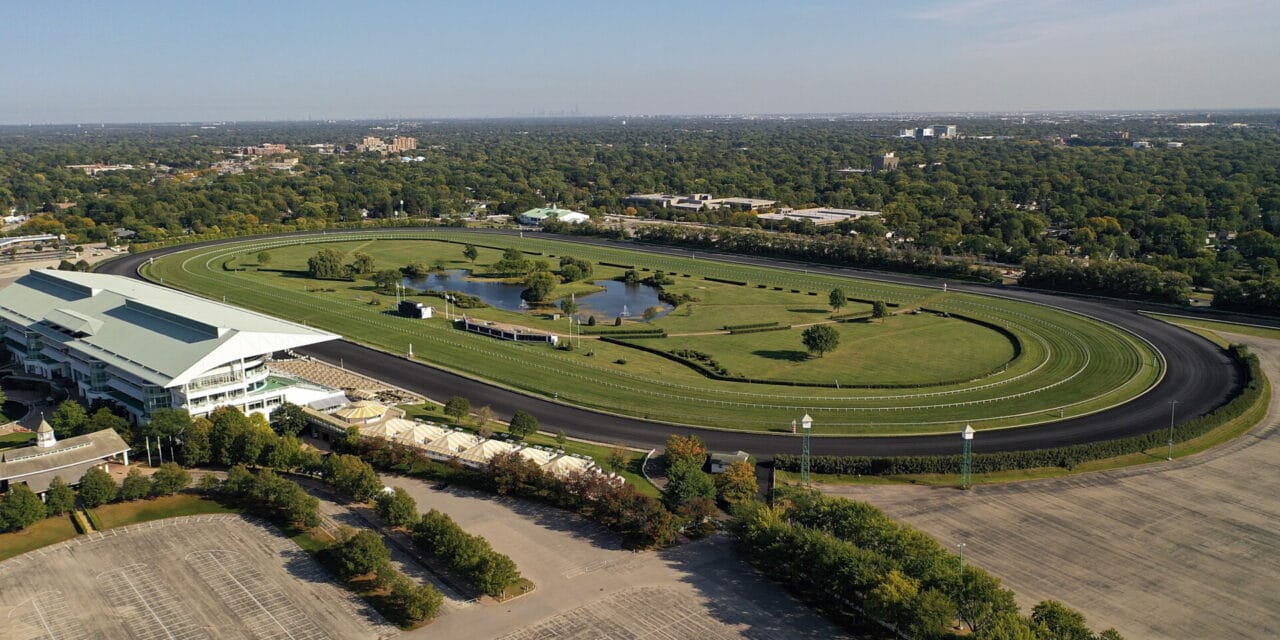 DOWN THE STRETCH: The Chicago Bears plan to build a new NFL stadium on the site of Arlington International Racecourse. Manica Architecture is helping the team with initial concepts. (Getty Images)

The Chicago Bears have selected Manica Architecture to help with initial plans for their proposed NFL stadium at the site of Arlington International Racecourse in the city’s northwest suburbs, team officials confirmed.

Manica is helping the team with conceptual design as part of their due diligence on the property in Arlington Heights, officials said. Bears President Ted Phillips, spearheading the project, was unavailable for comment.

David Manica, owner of Kansas-City based Manica Architecture, said he could not comment on the project. Interviews were held in late January, industry sources said.

The initial planning phase includes Jones Lang LaSalle and CAA Icon. JLL served as owner’s representative for the $660 million transformation of Soldier Field that opened in 2003. CAA Icon, among dozens of other sports projects, was the owner’s rep for the recent $760 million makeover of Wrigley Field, where the Bears played for 50 years before moving to Soldier Field in 1971.

In addition, Legends and CSL International are working on a study as part of  the stadium marketing efforts, sources said. CSL alone has completed feasibility studies for most NFL projects.

Elsewhere in the NFL, Manica Architecture teamed with HNTB to design Allegiant Stadium, the $2 billion home of the Las Vegas Raiders that opened in 2020. Prior to forming his own firm in 2007, David Manica helped design Reliant Stadium, now NRG Stadium, home of the Houston Texans, during his 13 years as senior project designer at HOK Sport, now Populous.

In Chicago, the Bears are putting the pieces in place for a multi-billion dollar stadium years in advance of breaking ground on the project. It’s unclear how the development will be financed and whether public money will be involved.

In September, the Bears announced they had signed an agreement to purchase the 326-acre property containing the horse racing facility in Arlington Heights, Illinois. Churchill Downs Inc., the track’s owner, disclosed the sale price at $197 million, local media reported.

In January, Phillips said the transaction would be completed by early 2023.

The Bears’ lease at Soldier Field runs through the 2033 season, but the team can break that agreement by paying an $84 million penalty fee as early as 2026, the Chicago Tribune reported.

The timeframe for building an NFL stadium runs three to four years, depending on site clearance, weather, financing, permitting and most recently supply chain issues tied to the availability and delivery of steel and other raw materials that have been magnified during the pandemic.

In Las Vegas, construction of Allegiant Stadium started in November 2017 and was completed in July 2020 in the midst of COVID-19.

In Inglewood, California, the building of SoFi Stadium, designed by HKS, started in 2016 and was completed in September 2020. One year into construction, heavy rainfall in southern California during the excavation phase extended the project for an additional year.

SoFi Stadium is part of a 300-acre footprint tied to a mixed-use development taking shape over the next several years. The Bears are targeting a similar development in Arlington Heights with the vision of creating a year-round destination extending beyond 10 NFL games every season.

Overall, Manica Architecture has been on a hot streak.

Over the past few months, Manica Architecture won the job to design a new NHL arena for the Arizona Coyotes, although as of this week no agreement had been signed, sources said. In addition, Manica has teamed with minority-owned firms Moody Nolan and Van Auken Akins to plan major upgrades to Progressive Field, home of Major League Baseball’s Cleveland Guardians, which was announced this week.