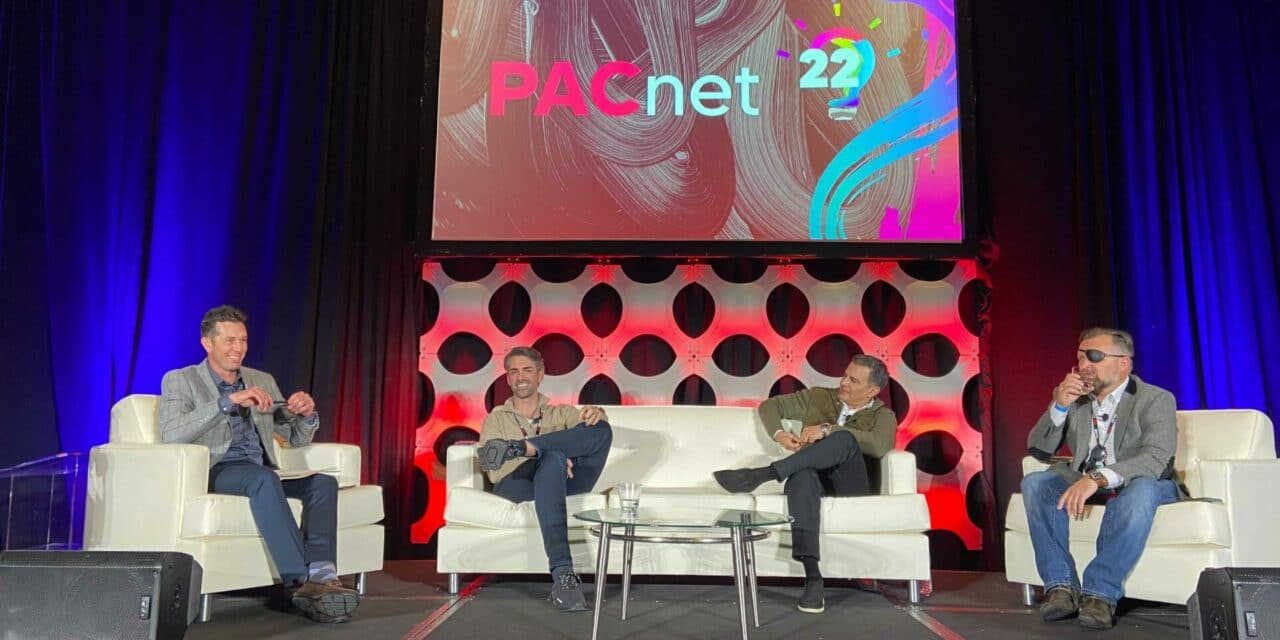 Be it from gambling, non-fungible tokens, cryptocurrencies or new pricing strategies, revenue generation and riding the wave of the latest trends in live sports and entertainment were topics in focus at the PACnet ’22 Community Conference, which wrapped last week in Huntington Beach, Calif.

In his opening remarks, Paciolan Chief Technology Officer Keith White referred to the accelerated digital adoption that took place since the last in-person PACnet conference in February of 2020, and several panel discussions were aimed at finding and making the most of opportunities on the new frontier.

Ari Diae, founder and CEO of white -abel social shopping platform Fevo, in a panel discussion on NFT’s, gambling and other trends that are transforming the live space, said the pandemic-accelerated shift to all things digital comes “in year six of a 10-year massive demographic shift.”

That means 40 million Boomers will be replaced by just as many Gen Zers and Millennials over the next six years, Diae said.

Cryptocurrency ads running during the Super Bowl do not represent a blip on the radar, but rather a cultural demographic shift in who will be purchasing sports and entertainment experiences and products going forward, he said.

“If you don’t recognize that now, four years from now you are going to be marketing and positioning yourselves for sales to a generation that is basically phasing out,” Diae said, adding that he can’t even get his parents, who are in their 70s, to go out to dinner, much less to a game or concert.

On the subject of gambling, Mike’s Lorenc, Google’s head of industry — ticketing and gambling marketplaces, said we tend to overestimate the short time impact of a trend and underestimate the long-term impact.

“When it comes to sports betting and gambling, we all know it’s been happening for a long time,” but now, with laws relaxed in many states, companies are bringing it out of the shadows, in some ways mirroring what happened with the secondary ticketing segment emerging from the realm of scalpers to an above board enterprise.

Gambling transforms the spectator experience in ways that more people than ever have a chance to explore, Lorenc said.

“It’s all about of getting skin in the game and making watching games much more interesting because you have a vested interest,” Lorenc said.

Bringing the gambling experience into venues is just getting started, he said, citing examples like the William Hill Sportsbook at Capital One Arena in Washington, D.C., or the recently announced plan by FanDuel and United Center to open a sportsbook lounge at the Chicago arena, a project that requires Illinois Gaming Board approval.

“How do you reimagine or re-envision the venue to be the place to go that people go to 24-7, not just for football games or 42 home games,” Lorenc asked rhetorically. “Those are some of the big changes that the legalization of something that has been with us for a long time (is bringing about).”

Trevor George, co-founder and co-CEO OF Recur, which just inked a deal with Paciolan parent company Learfield to aimed at bringing to market collegiate digital products and collectibles via Recur’s NFTU.com, which goes live March 14, said NFTs are not a fad and represent an opportunity for both those who are in NFTs as well as those who own them.

And thanks to blockchain technology, it’s all traceable by digital ledger, George said.

“It’s not like selling a T-shirt, which I came from my entire career, where you sell a T-shirt once, you don’t know where it goes,” he said. “This time, when you sell an NFT, it keeps transacting on the blockchain over and over again and everyone’s interests are directly aligned from who won or lost that game to the success or failure of your franchise and to how many friends socialize about it, because that’s where the blue checkmark is.”

In a session on providing more options for fans and patrons, Michael Solomon, senior vice president with Texas A&M’s 12th Man Foundation, talked about developing the Gig ‘em Pass, which gets fans seven vouchers they can use for each of the team’s seven home games or some combination if they want to bring others along with them.

The pass blunts the appeal of going the secondary market route on a game-by-game basis, he said.

It’s an option that’s aimed at the younger set, he said.

Panel moderator Christian Lewis, Paciolan’s senior vice president of business development, noted that ticket buyers have the ability to analyze and compare value propositions like never before when making decisions on how to allocate their time and discretionary spending.

“Whether we like it or not, as providers of memories and live entertainment, they are going to hold you to the same standard they are holding their Disney+ interface on their smart television or their Amazon Fire Stick,” he said.

Rob Clark, senior deputy athletic director at San Jose State University, said the Spartans are smack dab in the middle of Silicon Valley, along with Stanford, and not far from UC Berkeley, but he’s not complaining.

“We aren’t Stanford and we aren’t Cal and thank goodness we’re not because we are not beholden to their traditions,” he said. “Here’s the cool part about being at San Jose State: we can try stuff and we are in a valley that is known for innovation.”

A traditional season ticket has never “really cut it,” at San Jose State, so the school is in the process of building a membership program and will be partnering with Paciolan in a deal that’s yet to be formally announced.

On the subject of innovation, Josh Rose, chief business officer with Fevo, said on a panel on ticket sales strategies that there has never been a better time for innovating with technology given the appetites of consumers and the sort of clean slate that’s emerged post-pandemic.

“COVID has completely de-risked your jobs,” he said.

Kosha Irby, chief marketing officer with Professional Bull Riders, said developing new product offerings — like launching team concept — that could be monetized over time was seen by the company as key to survival and growth.

PBR now programs the Cowtown Coliseum at the Ft. Worth Stockyards in Texas, where it introduced Bulls Gone Wild, a high-stakes test of bravery.

“You’d be amazed how many people turn out to watch this,” he said. “Now, we’ve got to figure out ways to scale this up and put it before more people. … It’s one of those things where we have to introduce new products in order to evolve or we will die.”