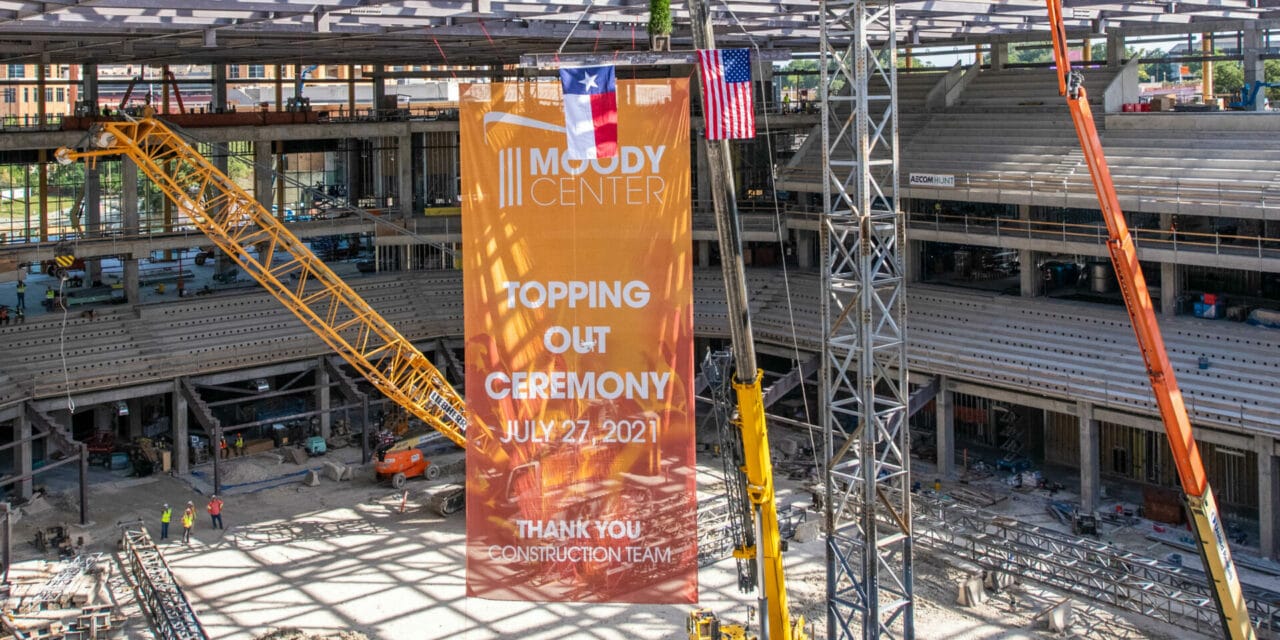 The countdown to this spring’s opening of the Moody Center arena on the University of Texas campus continues with the announcement of a partnership with Austin-based Indeed.

The job listings site has signed on as a founding partner as well as the multi-purpose arena’s official hiring partner as Moody Center seeks to ramp up staffing.

More than 650 people are expected to be added to the ranks through Indeed’s Virtual Hiring Platform by the time Moody Center opens with performances by John Mayer, Bon Jovi, Justin Bieber, as well as George Strait, Willie Nelson & Family and Randy Rogers Band during its opening week.

A job fair was held at the Erwin Center, the building Moody Center is replacing as the home of UT’s men’s and women’s basketball teams, on Feb. 10. More than 200 hires have already been made, according to an announcement from Oak View Group, which is privately financing Moody Center along with Live Nation/C3 Presents, the University of Texas and Matthew McConaughey. Oak View Group is the parent company of VenuesNow.

In addition to signage and branding opportunities throughout the arena, the activation will include the new Indeed Club, which will feature mural artwork from San Antonio/Austin-based artist Alannah Tiller, and where about 1,000 Concert Members will have access to a private bar and premium food offerings. Concert Members also have exclusive access to the arena’s Germania Insurance Club and Dell Technologies Club. The concert memberships are sold out.

Indeed CEO Chris Hyams remarked in a news release that Indeed’s home base has been in Austin “since the very start” and Dan Shell, president of OVG College, said it would hard to find two partners with a better alignment of interests.

The arena, with OVG’s Jeff Nickler serving as general manager, is expected to host over 150 events in its first year.