Big Plans In The Big Easy 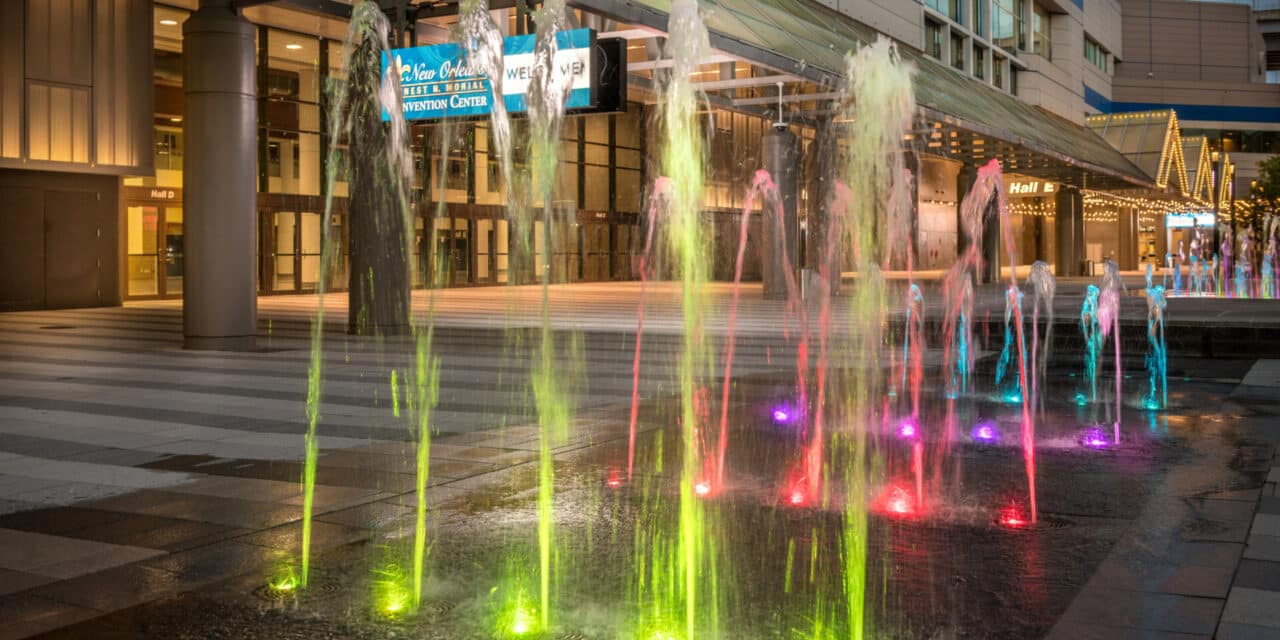 Sustainability is a major focus at the New Orleans Ernest N. Morial Convention Center, which is about $110 million into a $557 million renovation project, according Michael Sawaya, convention center president since 2018, when he moved from the San Antonio (Texas) Convention Center. 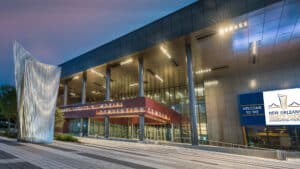 Sawaya said he joined the convention center’s special “trash team” of leadership and staff in conducting a waste audit — sorting through trash — as part of LEED certification.

“I had to put on gloves and an apron and help determine what was in the right bins and what was recyclable and what was not, just kind of digging in there, up to our elbows,” he said. “Starting out it was a little rough, but those things became routine and habit.”

“Many are looking for that and to a large extent the expectation was that we were being responsible as far as sustainability is concerned,” he said. “Some were surprised at the advancements we’ve made since they booked their events. We’ve had overwhelming support from our clients.” 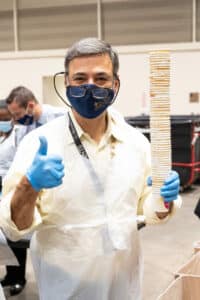 As for the $557 million capital improvement program, Sawaya noted the budget was approved and the scope of work for general categories set in May of 2018.

Among the improvements done already are outdoor porches for indoor/outdoor events that have proven popular with users.

“The remaining amount is mostly what’s on board for 2023. It starts out with a replacement of our 40-acre roof,” he said.”That’s about a $48 million project. It will take about a year.”

Some areas of the roof will be fully replaced and others covered with a coating that should have a 25-year life, Sawaya said.

“That similar approach was done at Caesars Superdome and they’ve had great results,” he said. “Beyond that, 140 meeting rooms will be completely renovated. We are going to do ‘immersive interventions’ where we take our three quarters-of-a-mile-long building and cut into it to build new entryways and meeting rooms that are more modern. Those will probably be done in 2024.”

A 35,000-square-foot ballroom will be built with a view of two bridges than span the Mississippi River.

“That’s one thing nobody else can build because those bridges don’t exist anywhere else,” he said.

Populous did the conceptual design and local firm Nano is the architect of record for the meeting rooms and interventions.