Brooklyn Bowl To Roll Into D.C. 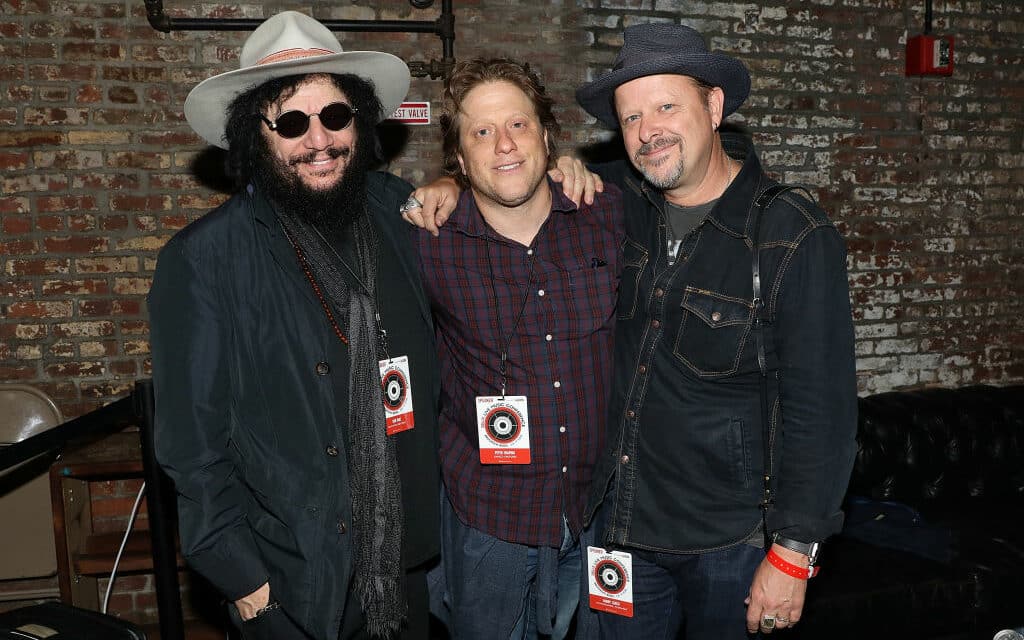 SET ‘EM UP, KNOCK ‘EM DOWN: Brooklyn Bowl co-founder Peter Shapiro is flanked by Don Was, left, and Danny Clinch at the Relix Live Music Conference at Brooklyn Bowl NYC in 2018. (Getty Images)

“There’s no other venue quite like a Brooklyn Bowl, and when we explore new locations, we look for cities where our unique combination of live entertainment and local culture can blend together in a special way,” said Peter Shapiro, co-founder of Brooklyn Bowl. “We have done thousands of great shows in Philly, Vegas, Nashville and, of course, NYC and we are super excited to bring the Bowl to D.C.  It is going to be a really great fit for the city and the local neighborhood.”

The 38,000-square-foot facility will feature a 1,200-person capacity concert venue with a broad mix of live music programmed by Live Nation; 14 lanes of bowling; a craft beer bar; and a menu developed by New York City’s Blue Ribbon Restaurant Group.

Shapiro said, “We are still in the early days of planning this venue, but just like the existing Bowls in Vegas, New York, Nashville and Philly, our goal is to provide an experience that locals love and want to call home while also showcasing all the elements that fans love about the original Brooklyn Bowl to draw in the millions of tourists that visit D.C. every year.”

Brooklyn Bowl DC is the first retail concept tied to D.C. United’s mixed-use development. It will serve as an anchor for more development surrounding the 4-year-old soccer stadium.

Once open, Brooklyn Bowl DC joins Brooklyn Bowls in Las Vegas, Nevada, Nashville, Tennessee, Philadelphia, Pennsylvania, and the original, which opened in Brooklyn, New York in 2009 and was named the No. 1 Busiest Club in NYC by Pollstar, VenuesNow’s sister publication. Each venue is committed to locally made products and environmental sustainability, which includes the world’s first LEED-certified bowling alley.