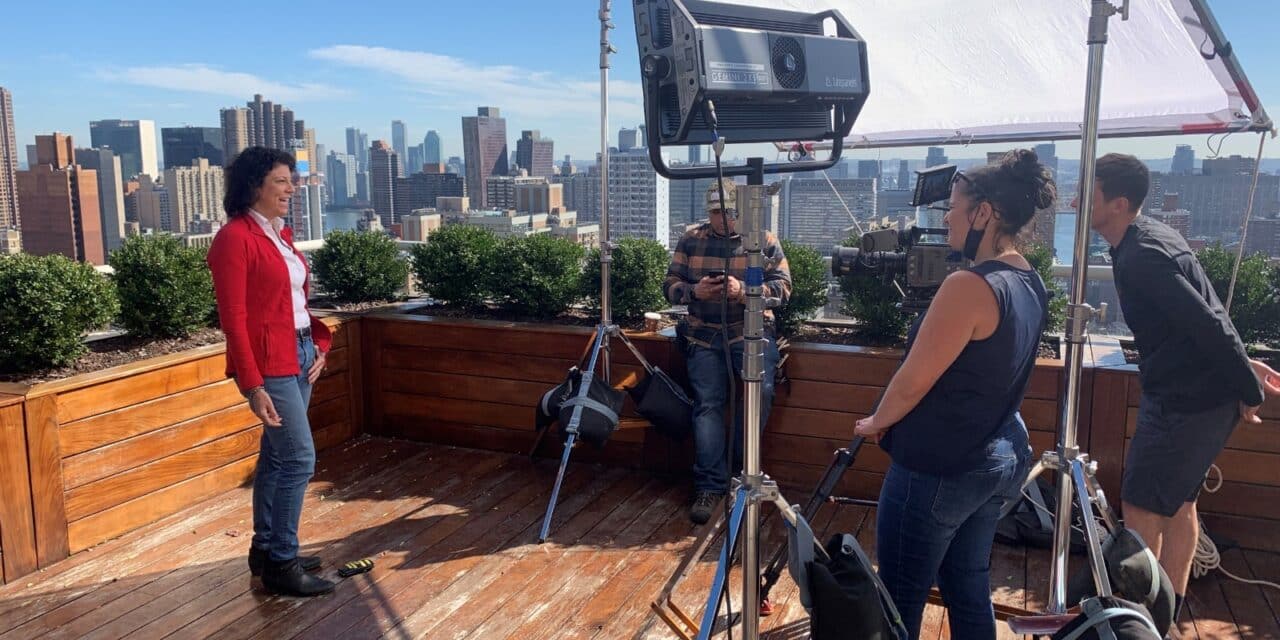 ROOFTOP PRESENCE: Erleen Hatfield, a structural engineer for sports venues, was in the spotlight as part of the Big Ten Network’s Trailblazers promotional videos. (Hatfield Group)

Erleen Hatfield, a University of Nebraska graduate, found herself in lofty company on the Big Ten Network during the 2022 college football season.

Hatfield, a structural engineer for multiple NFL stadiums, was part of BTN’s Trailblazers promotions that ran during commercial breaks on the network. The vignettes ran for 60 seconds.

Mark Cuban (Indiana) and Shad Khan (Illinois), owners of the Dallas Mavericks and Jacksonville Jaguars, respectively; Chicago Mayor Lori Lightfoot (Michigan); and NFL broadcaster Tony Dungy (Minnesota), a former Big Ten quarterback before playing and coaching in the NFL, are among the conference’s distinguished alumni featured in the Trailblazers promos.

They all point to the education they received on Big Ten campuses and how it helped shape their professional careers.

In Hatfield’s case, BTN left it up to Nebraska school officials to pick the appropriate person to be profiled and the chancellor’s office selected her as their representative, Hatfield said.

They contacted her to see if she would be interested in participating in the BTN programming piece. “I was happy to donate my time to the university,” she said.

Wearing a Cornhusker red blazer in her clip, Hatfield discusses her role as one of a select number of women in the engineering field that have helped design arenas and stadiums.

“I’m a trailblazer because I do things that other people think are impossible, like the Mercedes-Benz retractable roof stadium” in Atlanta, she says in the promo.

Hatfield has run her own company, Hatfield Group, for about five years now after previously working for Buro Happold and Thornton Tomasetti for a combined 20 years. 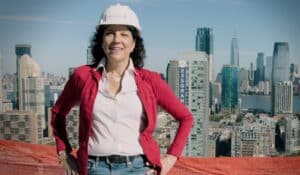 Hatfield Group is based in the Tribeca neighborhood of New York, where a BTN camera crew followed her around for a few days on her company’s rooftop, a few job sites and in her office.

At her two previous employers, Hatfield was part of the structural engineering team for the NFL’s Ford Field and Mercedes-Benz Stadium, plus Pinnacle Bank Arena, Nebraska’s basketball venue that opened in 2013.

Over the past five years, Hatfield Group has done a lot of work in New York on residential towers, laboratories and academic buildings.

On the sports side, the firm’s jobs include the Buffalo Bills’ new NFL stadium. Hatfield Group is part of a team conducting a peer review of the engineering design for the state of New York, which is providing $600 million in public money to help finance the $1.4 billion project. Meis Architects and The LiRo Group join Hatfield Group in forming the peer review as they fill the role of owner’s representative for the state. The 62,000-seat stadium is targeted to open for the 2026 season.

In Lincoln, Big Red faithful can expect the 315,000-square-foot practice facility to be cutting edge in many respects as the arm’s race for that piece of athletics expands in scope and cost. It will include social media hub rooms to meet the needs of players that have signed Name, Image and Likeness deals, a big LED screen inside the building and an atrium at the front entrance, Hatfield said.

The blueprints include a potential expansion in the future that would provide views into Memorial Stadium. Populous designed the building, which is scheduled to open next summer, pending any tweaks proposed by Matt Rhule, Nebraska’s new football coach hired in late November.

“It’s going to be a big deal for Nebraska,” she said.

Hatfield should know; she wears the school colors on her sleeve.