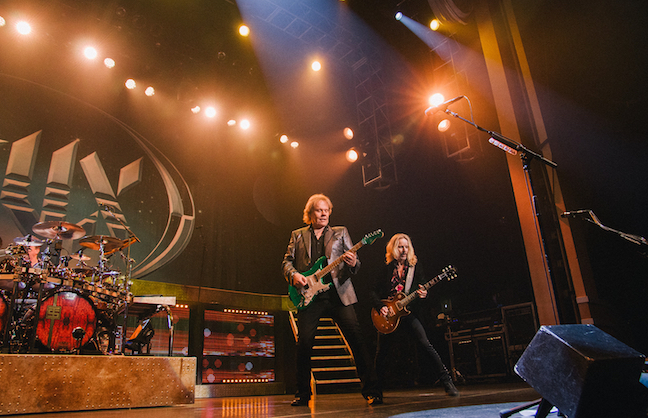 Styx opened the concert space in 1999 and has played the venue 11 times. (Courtesy City National Grove of Anaheim) The lead guitarist from the band Styx loves the eye contact with fans when performing at smaller venues like the City National Grove of Anaheim.  “At the Grove, it is very easy to interact with the crowd, and I think the crowd really likes that,” guitarist James Young of Styx said. “It’s a great setup for the fans, and there’s not a bad seat in the house.” Styx was the headliner when the indoor concert venue opened in 1999. The band was back in January at the Grove for the 11th time for its 20th anniversary season.  Over the last 20 years, the 1,700-seat venue has had more than $45 million in gross ticket sales and catered to 2.3 million fans, according to Los Angeles-based Nederlander Concerts, which manages the […]
To access this post, you must purchase Subscribe to VenuesNow – 1 Year, Subscribe to VenuesNow – 2 Years or Subscribe to VenuesNow – 3 Years. If you are already a member of VenuesNow, please login here: log in