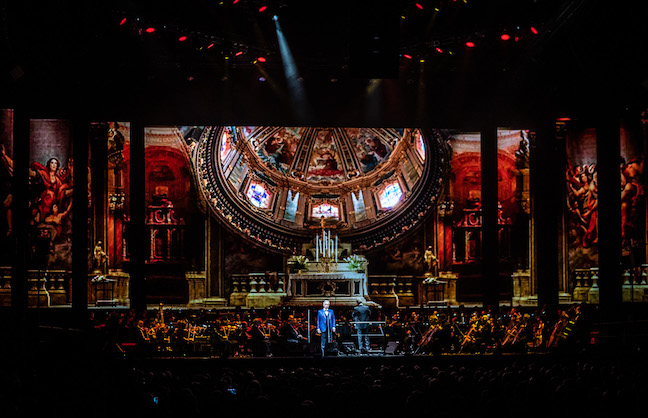 Andrea Bocelli performs at Pechanga Arena San Diego. (Courtesy Pechanga Arena) The Forum, Inglewood Rick Merrill, vice president of arena operations How did you do in 2018? It marked the 50th anniversary of the Forum, and it was a successful year. It was the Forum’s best year since reopening (in January 2014). This year looks to be as good or even better. Big shows We had several artists play multiple nights: The Eagles, Drake, Travis Scott, Fleetwood Mac, U2, Childish Gambino.  Changes Sponsorship: We transitioned from Coke to Pepsi and renewed our Toyota partnership and we’re working on new ideas with them. We welcomed Hilton to the family and did a summer mobile tour with Chase and Coolhaus (ice cream). We continue to encourage fans to arrive early with upgraded exterior space with big-screen TVs, improvement to sound and ambient lighting, photo ops, preshow games and festive flooring.  What went […]
To access this post, you must purchase Subscribe to VenuesNow – 1 Year, Subscribe to VenuesNow – 2 Years or Subscribe to VenuesNow – 3 Years. If you are already a member of VenuesNow, please login here: log in