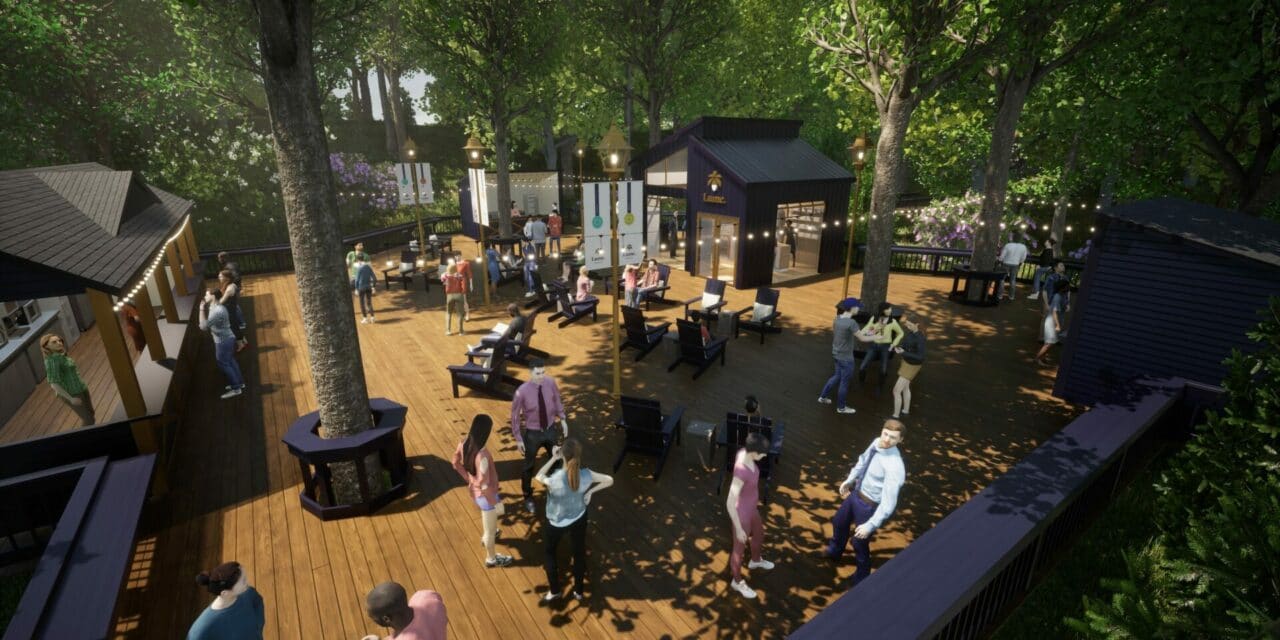 Merch and info, but no grass, will be available at Michigan amphitheater

Specific terms of the five-year deal were not announced, but Lume Chief Marketing Officer John Gregory called it a multimillion-dollar agreement and 313 Presents President Howard Handler referred to the value as “a very respectable commitment.”

“It’s a unique vertically integrated partnership,” Handler said. “They are a really interesting growing business. It is a first-of-a-kind partnership in our portfolio.”

As part of the activation, which includes signage and “satellite activations” throughout the venue, Lume, which has been active for just under two years, will have a 6,000-square-foot branded food and beverage area inside the shed’s west entrance called the Tree House, where Lume merchandise, but not cannabis product, will be available along with information about the company’s 18 off-site dispensaries. Lume aims to open 22 more dispensaries by year’s end.

The Tree House area, previously called the Pine Tap, will feature about 20 craft and other beers as well as food offerings from local restaurant Union Mac Shack. Levy is the concessionaire on site. 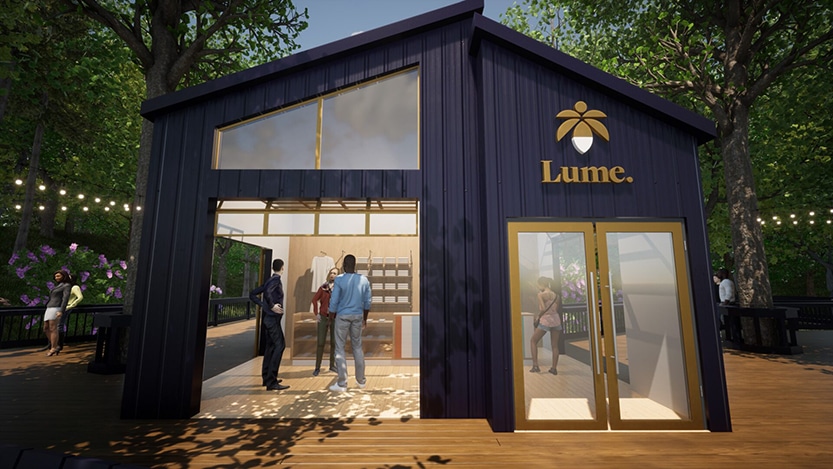 “Lume is going to use the Tree House space to give our patrons the opportunity to learn about their off-site recreational dispensaries,” Handler said.

The young, diverse guest profile and high degree of disposable income of the amphitheater clientele make sense for a company like Lume, Handler said.

“We’re just excited to have a new partner that really understands the power of DTE Energy Music Theatre,” he said. “They know this is a great platform and a way to reach a lot of really valuable customers.”

Cannabis consumption and purchase is not allowed on the premises and, according to Gregory, Lume won’t have a visible presence when the venue does family shows like Kidz Bop.

In addition to the amphitheater, which hosts an average of 50 shows each summer season, 313 Presents promotes and produces concerts, theatrical productions, sporting events and shows at five other venues across southeast Michigan: Little Caesars Arena (home of the NBA’s Detroit Pistons and the NHL’s Detroit Red Wings), the Fox Theatre, Comerica Park (home of MLB’s Detroit Tigers), Meadow Brook Amphitheatre (on the campus of Oakland University in Rochester Hills) and Michigan Lottery Amphitheatre in Sterling Heights.

The Lume partnership, brokered by Connect Partnership Group, coincides with the launch of Lume’s new brand campaign, “Life, Amplified,” which centers on “how cannabis can be safely enjoyed in live entertainment, health, fitness, wellness and other day-to-day settings,” according to a company statement.

Gregory, who said the deal was three months in the making, called it “the first of its kind” with 313 and even nationally. He noted that the partnership with 313, a joint venture between Olympia Entertainment and Palace Sports & Entertainment, stemmed from the relationships he built with Olympia’s sports executives when he was overseeing sports marketing at New Balance.

“I reached out on the sports side knowing that it was only a matter of time before the cannabis category opens up for those activities and forms of entertainment, and that’s when the concert venues came up,” he said. “Obviously, cannabis and music go very well together. They always have. It’s something that’s a core component of our marketing strategy where what we’re trying to do is take something that is historically seen as taboo or takes place in the shadows … it’s legal now in Michigan and we think it should be celebrated.”

The folks at 313 had an appetite for such a partnership and were progressive “in the sense that they recognized this was coming and they wanted to be early adopters, which we loved,” Gregory said.

“After a lot of negotiating, a lot of approvals all the way up through their entire board to (take on) something so new as this, we finally got it done,” he said, adding, “Music is going to be a driving force in our business strategy and our marketing strategy for a long time to come, and this is just the first, hopefully, of many similar partnerships that are in that mainstream lifestyle entertainment space.”

Gregory said Lume officials hope to expand the relationship with 313 and its parent companies.

Will there be a time when Lume’s cannabis products can be legally sold and consumed at the venue? Handler says that’s a tricky proposition, especially given that it’s a smoke-free environment, but Gregory says it’s the hope of company officials that sale and use will eventually be allowed.