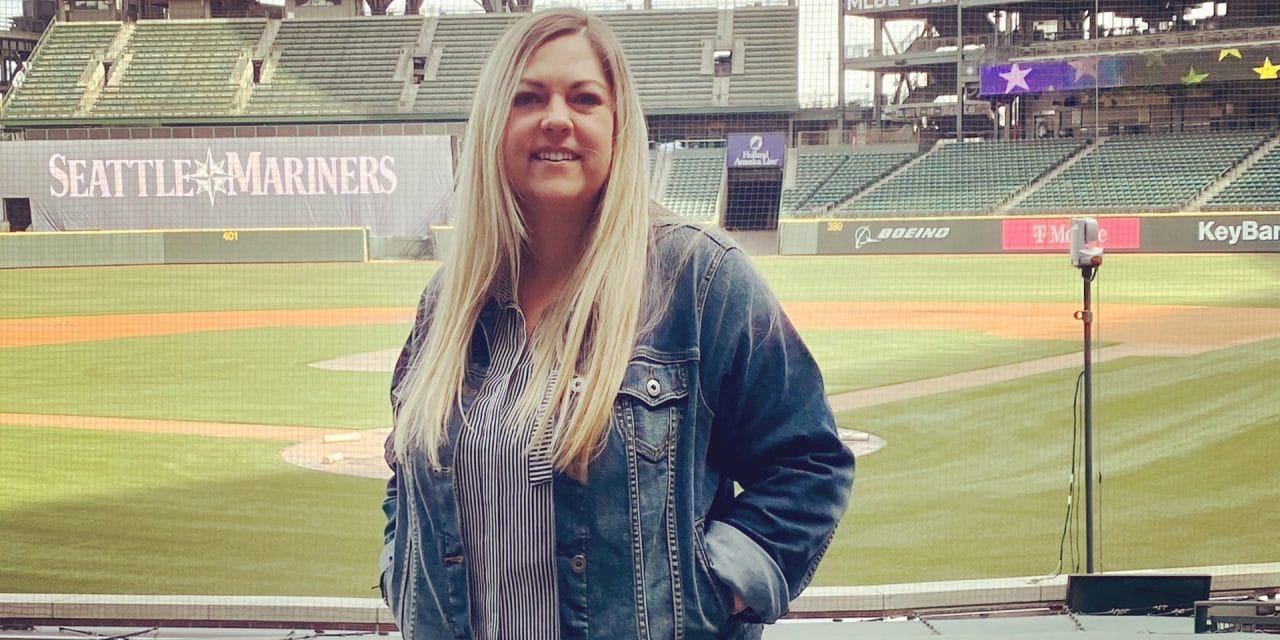 Low-price menu, cashless system among the changes at Seattle stadium

Fan-friendly pricing, new mobile ordering technology in premium spaces and an expanded lineup of local flavors are part of Centerplate’s operation for the coming baseball season at T-Mobile Park, home of the Seattle Mariners.

It’s all part of the game plan for Meagan Murray, Centerplate’s new general manager at the ballpark and the company’s first female GM at an MLB facility. Murray knows the stadium well, having worked there for eight years, most recently as director of operations.

Centerplate will be prepared with a new NCR point-of-sale system that was initially installed in 2020 but was not used during Major League Baseball’s shortened season with no fans in the stands.

Like other venues, Centerplate is going cashless as part of new health and safety protocols. All of its workers at fixed concession stands will be double masked and behind plexiglass. Suite attendants will wear face shields. All food service equipment will be sanitized with wipes and sprays after every transaction.

The premium areas will have new technology as well. Centerplate has installed its proprietary EZPlanIt ordering system tied to QR codes. Over the past year, the vendor has used it at a half-dozen accounts, including three NFL stadiums, Centerplate officials said.

The mobile system will first be implemented in the suites and the Diamond Club with the possibility to expand into the seating bowl as the season progresses and crowds increase, Murray said.

The codes will be applied to the armrests on club seats and on menu cards in the suites, she said. Fans receive text alerts to keep them updated on the status of their order and when it will be delivered. For those without smartphones, servers will have tablets to take orders.

To start the season, fans sitting in regular seats in the bowl won’t have mobile ordering capabilities and there won’t be hawkers roaming the aisles. Centerplate was waiting for those pieces of the concessions operation to be approved.

The same is true for The ‘Pen, the ballpark’s popular free-standing food hall-style space in the outfield, which could potentially be closed to start the season, she said.

A portion of that area hovers above the visiting bullpen with fans close to the players. Centerplate and team officials are still working through things operationally with social distancing. The home run porch that sits above The ‘Pen has a bar that will be open but fans will need to buy their drinks and move on to their seats, Murray said.

As fans return to the ballpark after a year’s absence, they’ll notice value pricing for basic concessions.

The “Rolling Roof Rollback” menu, themed after the stadium’s retractable roof design, features $4 hot dogs and nachos, $3 sodas and $5 craft beers at a building that prides itself on local brews.

“We’ve led the way on trends and wanted to provide options for our fans with affordable items,” Murray said.

Murray said Salt & Straw, which draws lines out the door at its small shop in town, could potentially incorporate Centerplate’s famous toasted grasshoppers into a frozen dish, along with creating a flavor unique to T-Mobile Park.

Local chef Ethan Stowell, who’s been working with Centerplate for years at the ballpark, is developing the ala carte menu for the new loge boxes in the Terrace Club with signature items from his Seattle restaurants.

Before she started with Centerplate, Murray spent about five and a half years in hotel catering with Aramark at Lake Powell Resorts in Arizona. At T-Mobile Park, she now has final say over all food-related decisions.

Centerplate sent out about 300 recall letters to all of the stadium cashiers, servers, hawkers and premium staff that lost their jobs last year. The return rate has been 95%, which is pretty strong, Murray said.

“We’ve been very lucky,” she said. “We have a loyal team working for us. We’ll open about half (48) of the stadium’s stands. We can ramp up and get going with the experience needed for these situations.”