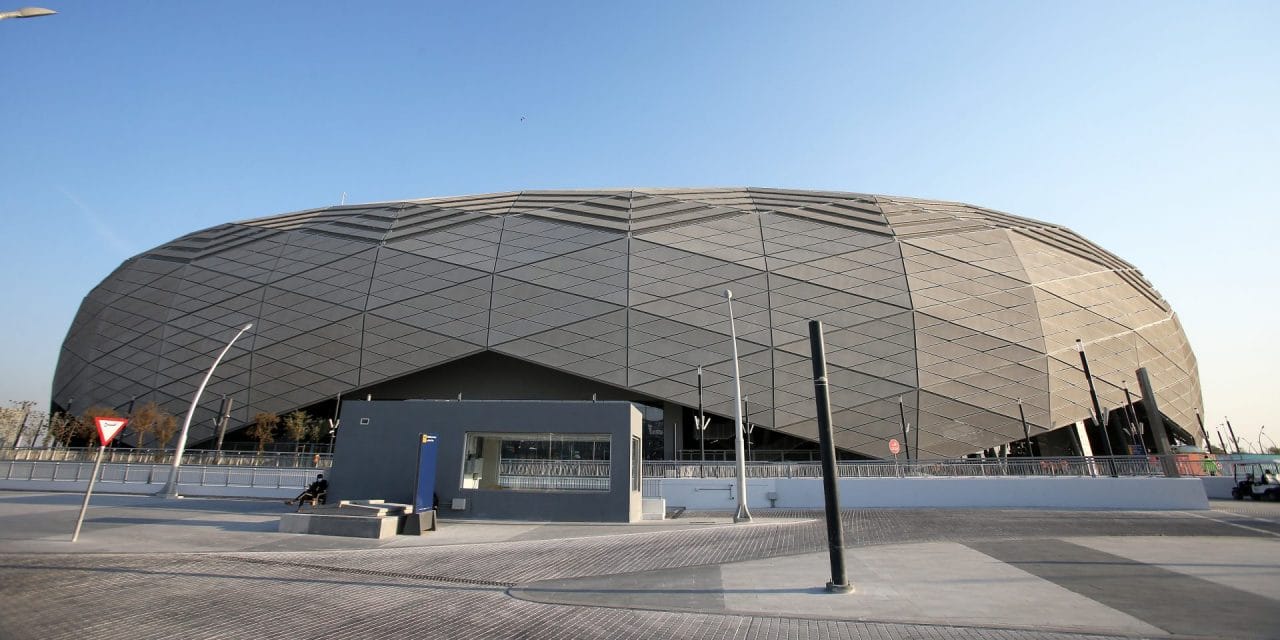 Hospitality package demand for the 2022 FIFA World Cup in Qatar is off to a strong start, which bodes well for Elevate Sports Ventures and Premier Partnerships, the companies that have joined forces to act as officially appointed sales agents in the U.S.

The U.S. market is expected to account for just under 10% of hospitality package demand, according to Mike Kelly, who as chief revenue officer for Match Hospitality oversees the global sales of the FIFA Official hospitality program.

Elevate and Premier were selected as the World Cup’s U.S. sales agents by Match, the global rights holder and the only company appointed by FIFA to exclusively promote and sell ofﬁcial commercial hospitality packages, including guaranteed ticket sales, to the quadrennial event. The two companies have joined with Overseas Leisure Group as a U.S. sub-agent to provide travel, guest management, hospitality services and other client services.

“We look to exclusive partners to represent us in key markets,” said Kelly. “That’s a process we kicked off in April-May last year (and) carried on through most of 2020.”

Match “received quite a few compelling bids,” he said, and chose the Elevate-Premier partnership on the basis of its ability to deliver a comprehensive sales program, geographic reach especially in key U.S. markets, strength in the soccer community and “the strength of the financial offer that was put together.”

“Putting that basket together we found that the proposal put forth by Elevate and Premier was clearly the most compelling to us and that’s why we selected them to represent us in the United States,” Kelly said.

Asked how the deal is structured, Kelly said it’s consistent with the rest of the markets globally.

“We set a sales target for the region. The sales target is backed by a certain amount of a guarantee and then we set thresholds of sales performance that happen over four distinct periods of time whereby the agent has to reach those targets in order to maintain exclusivity in the marketplace,” he said, noting that the ticket-inclusive packages cover the on-site stadium experience: tickets, catering, alcoholic beverages, gifts, dedicated entrances, “all of the elements that somebody gets when they arrive three hours before the game up until one hour after leaving the game.”

Each of the global agents bring in ancillary service parts, including accommodations, flights, destination management services in country and ground transportation, he said.

“That’s where Overseas Leisure comes to the table,” Kelly said. “They bring to the party those important services that help round out and make full travel packages for the event.”

Premier Partnerships President John Kristich said soccer is in the company’s DNA, and that was one of the hallmarks of the offer. He pointed out that Premier’s Chairman Alan Rothenberg’s involvement with one of the principals of Match dates back to the 1994 World Cup in the U.S.

“They planted the seeds for what Match really is today, so there was that continuity in the relationship,” Kristich said. “We’ve always respected the way they worked. When we saw the opportunity that was emerging around the ’22 commercial hospitality (program), we at Premier looked at it. We have a great relationship with Elevate. We’ve cooperated with them on other activities and we complement each other very well.”

Premier’s sales network and active presence in the soccer space combined with Elevate’s expertise “in the digital and consumer marketing space around premium hospitality” made for a “perfect fit,” he said.

Overseas Leisure rounds out the combination with “on the ground experiences in the travel and tourism and hospitality sector and what they can bring to us with their Middle East experience,” Kristich said, adding that he fully expects the companies to “over-achieve” and set new sales records, based on demand in the U.S. and the timing of the event at the end of 2022.

“We made a conscious effort to really meet the consumer where they’re at,” said Shawn Doss, Elevate Sports Ventures’ executive vice president of marketing and sales. “The old traditional way is, what’s the driveway-to-driveway experience, but we’ve talked about the mental driveway to start which is when they’re first even thinking about, ‘How do I get to the World Cup?’ We’re there to help them dream about what that journey can be. So, we’re there from the very first time they want to search for the ticket,” through making flight and hotel arrangements, attending matches and adding other elements with Overseas Leisure.

“They’re helping us have experiences within experiences,” Doss said. “So, you get there and watch your team play at an 11 a.m. kickoff and right after, two hours later, you can be doing dune bashing in the desert.”

There are also plans to have a full-sized pitch in the desert for guests to stage games, he said.

Overseas Leisure Group CEO Felix Brambilla said there is a wealth of opportunities for experiences outside of the games, from pro-am games on the desert pitch to traditional Arab meals and meet and greets with soccer luminariers.

“We are not going to miss the opportunity of the first-ever World Cup in the Middle East,” he said. “There is nothing we want to reduce about this. On the contrary, we want to emphasize that.”

Kelly said that since international sales were launched on Feb. 1, “the response from both the domestic and international market has been tremendous.”

“This whole process where we went through and secured agent agreements, not just in the United States but all around the world, we’ve been able to benchmark that against previous World Cups,” he said. “So, the outcome of that process this time gave us $260 million in sales targets for the international market, which blew away the performance we had in Russia and actually exceeded the performance we had in the 2014 (Cup) in Brazil, which up until now was the most commercially successful World Cup that we’ve ever had before. So, really excited about the uptick from the international market, particularly when you think about the fact that we did this tender process through the very heart of the pandemic.”

Kelly also said the two-month pre-sales period involving FIFA’s commercial partners and key stakeholders in Qatar saw $90 million in sales, “which beat our first-month sales record that we had set previously in Brazil by about 50%.”

“So, demand is really, really strong,” he said, explaining that the location and other aspects of the 2022 event are unique. “We like to call it a World Cup of firsts: the first time it’s happened in the Gulf region, the first time it’s ever happened in the time of year of November and December as opposed to our traditional summer. And I think most compelling, is that it’s the first time we’ve ever had a single venue FIFA World Cup. That means all of the stadiums are within a one-hour drive of center city Doha, and that opens up all kinds of logistical opportunities now.” (See list of stadiums below.)

Guests can stay in one hotel instead of moving around to follow their team and can see matches on successive days and even potentially two matches in the same day, as kickoffs start at 1 p.m. and the latest is at 10 p.m.

“You’re really able to condense a lot of activity in a shorter window of time which was never possible before in a World Cup environment,” Kelly said.

The U.S. represented the fourth biggest market globally for hospitality package sales for the 2018 Cup in Brazil, for which the U.S. National Team didn’t even qualify, Kelly said.

“This time around since we launched February 1 … the U.S. is presently is the second-best performing market we have only behind Mexico right now,” he said. “It’s one of our biggest and most strategic markets for sure.”

The hospitality packages come in five levels with prices ranging from $950 on the low end for a single match in group play to tens of thousands of dollars for the more elaborate offerings.

Asked if the growth of both men’s and women’s soccer in the U.S. over the last 30 years has led to such strong demand in the U.S. for the international product, Rothenberg, the former U.S. Soccer president who oversaw the launch of Major League Soccer in 1996 and the 1994 World Cup in the U.S. and is credited with helping grow the sport domestically said, “There’s no question about it.”

“It’s been a steady and dramatic rise in the involvement and interest in soccer over the last almost 30 years,” he said. “We have a whole generation of soccer knowledgeable people, of Americans who’ve grown up with the sport. Secondly, Americans love big events. In ’94, when people really didn’t know that much about soccer, they knew about big events and we had great success as much because people wanted to participate in an exciting big event.”

There’s “an absolute interest in international soccer” among many Americans, he said.

“We get a steady diet here of Premier League games and La Liga games and Bundesliga games, so we know Bayern-Munich and we know Barcelona, we know all the teams,” Rothenberg said. “And this of course this is the biggest international event there is, so we have a built-in audience for it. I am absolutely certain that we’re going to even beat Mike’s rosy projections for us. We’re going to come back and ask for more packages from him, because the inventory will run out.”

Al Rayyan Stadium (under construction)
Capacity: 40,000/14 miles from Doha city center
7 matches through round of 16

Ras Abu Aboud Stadium (under construction)
Capacity: 40,000/6 miles from Doha city center
7 matches through round of 16