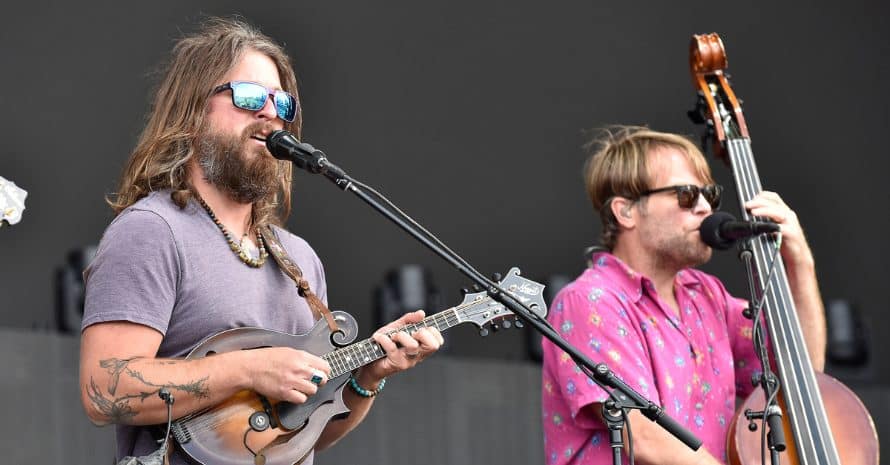 GREEN GRASS: Paul Hoffman, left, and Mike Devol, with Greensky Bluegrass, perform at BottleRock Napa Valley in May,. The band is a headliner at Queen City Jam Session. (Getty Images)

Gregg McCraw, owner and president of Maxx Music in Charlotte and a promoter for 28 years, is producing the inaugural three-day event in partnership with the brewery. NoDa Brewing is among the city’s oldest craft beer makers, founded in 2011.

Forty bands are booked across two outdoor stages, plus NoDa Brewing’s indoor tap room. Headliners are Oteil & Friends, The Infamous Stringdusters and Greensky Bluegrass. Two afterparties are scheduled with local talent down the street at the Neighborhood Theatre, a club operated by Maxx Music.

A few days before the event, there was a big pile of dirt and construction graders parked on site as officials prepare the lot to be festival-ready, according to videos shared among ticket holders. The property spans about four acres and extends to a future expansion of the brewery. Construction for that project will continue through the festival, McCraw said.

“As soon as they purchased that land, it became obvious that this is a good place to have a festival,” he said. “We had to change a few things because the timing on construction wasn’t what we thought it was going to be in the beginning. We still have some things to do where the two main stages sit, but we’re almost there.”

Maxx Music has worked with NoDa Brewing in the past on one-off shows. Separately, the promoter staged a dozen outdoor concerts last year in Huntersville, Raleigh and Asheville, North Carolina and Roanoke, Virginia, all of which were socially distanced setups during the pandemic.

“We got our feet wet last year and learned a lot,” McCraw said. “This event is obviously much bigger with a lot more bands.”

Four days out, McCraw declined to provide an update on ticket sales, but officials hope to draw 2,000 to 2,500 people a day, which he says would be successful for a first-year festival. The site can fit 5,000. Ticket prices run from $330 for a three-day VIP pass to $100 for single-day general admission.

“We’re like every other festival; we haven’t sold as many tickets as we would like to,” McCraw said. “I’ve talked to a lot of people. It’s been a tough one but everybody is seeing a surge right at the end. We hope to sell a bunch this week.”

As a partner, NoDa Brewing products will be sold at the festival with multiple food trucks set up on site. The festival is named for Jam Session, one of NoDa’s most popular beers. There will be free water available as well as Liquid Death for sale. The canned water brand is an event sponsor. Festival merchandise will be sold in the tap room.

McCraw estimated between 400 and 500 free parking spaces are available at surface lots that neighboring businesses will open up for the festival. As an urban event, McCraw encourages patrons to use light rail, which has a stop a few blocks from the site.

Many artists playing the main stages have indicated they will head over to the Neighborhood Theatre for the two afterparty shows, he said.  The music starts at 11 p.m. after the festival closes and will go on as long as people want to hang out, McCraw said. Festival patrons wearing wristbands get free admission.

“Our strategy was to have diversity,” McCraw said. “We didn’t want to be just a jamband, bluegrass or rock festival. The message we’re trying to send is this is Charlotte’s festival. It’s something we own and built as two independent companies. It represents who we are as a city with a diverse population. We want to have something for everyone.”

Queen City Jam Session comes after the old Center City Fest in uptown Charlotte staged its final event in the early 2000s. City Fest had a much bigger footprint with five stages full of headliners.

“What’s important is we have not had a festival for a long time,” McCraw said. “We didn’t wait for someone else to bring it into the city. My crew is dedicated to no sleep for three days.”