Christenson To Hang Up His Spurs 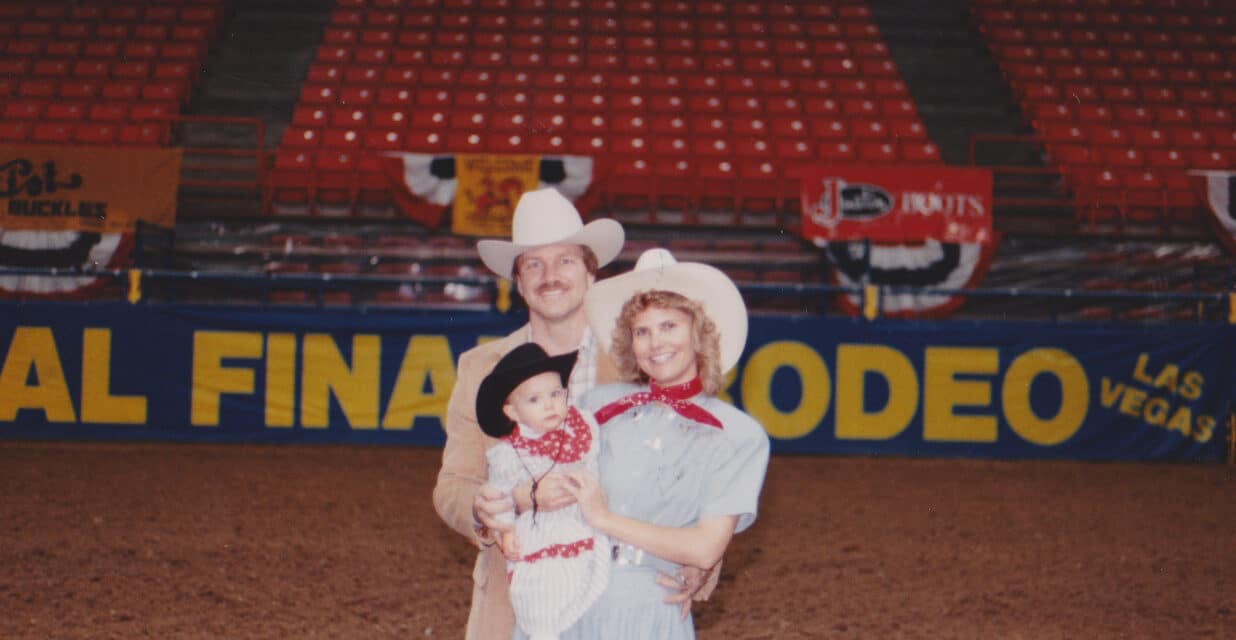 VEGAS BABY: Pat Christenson, seen here with his wife Vicki and daughter Nicole at the National Finals Rodeo in 1988, has been as instrumental as the Rat Pack in boosting Las Vegas as an event destination. (Courtesy Pat Christenson).

Pat Christenson, president of Las Vegas Events, has announced he’s retiring at the end of 2023 after more than 40 years in the venues and events business in one of the world’s most dynamic entertainment markets.

Christenson, whose work as assistant director and director of the Thomas & Mack Center and Sam Boyd Stadium on the campus of the University of Nevada Las Vegas, and later as president of Las Vegas Events, helped transform the city into a sports and entertainment mecca. Christenson will remain with LVE as a consultant through the end of next year.

Christenson told VenuesNow it’s time to give way to a new crop of events professionals. He’s looking to a third act, preferably in Vegas, but doesn’t see himself working full time as a consultant.

He and his wife Vicki have been married since 1985 and have two daughters and two grandchildren, one of whom lives nearby while the other is in Reno.

His replacement is expected to be hired by the start of the 2022 Wrangler National Finals Rodeo (Dec. 1-10), an event that Christenson helped turn into a shoulder season bonanza for the city. 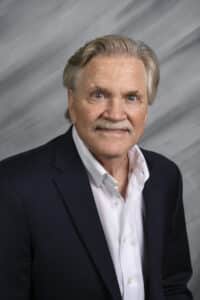 Christenson initially came to Las Vegas in 1980 at the behest of Dennis Finfrock, who preceded him as director of Thomas & Mack Center. (Finfrock died in 2009).

“For the first month, Dennis couldn’t get me a check,” Christenson recalled. “We had a booster that owned the Holiday Casino. Dennis had these stacks of pink, yellow and green cards that were good for a 99-cent breakfast, $1.99 lunch and $3.99 dinner. That was Vegas when I got there. It was a gambling town. Everything else was incidental.”

To this day, Christenson can’t eat at a Vegas buffet table.

“I’ve overdosed on them,” he said.

Over time, fine dining and live entertainment have supplanted the budget deals common in Vegas in those days.

“To look at what the city is now, it’s been quite a mutual trip,” he said.

Christenson said he looks back at his UNLV days as the first part of his career and LVE as act two.

“I want a third career, but I don’t have any plans,” he said. “I’ve taken those about as far as I can. I’d like to do different events. I want to be kind of semi-retired, at least.”

A 1976 graduate of the University of Wisconsin, where he was an NCAA wrestling champion at 167 pounds, Christenson came to UNLV as assistant wrestling coach and event coordinator. He was promoted in 1983 to assistant director of the new Thomas and Mack Center under Finfrock. At the same time, UNLV took over running Sam Boyd Stadium, then known as the Las Vegas Silver Bowl.

Christenson was promoted in 1991 to director of TMC and Sam Boyd Stadium and led renovations to both facilities totaling $40 million.

For a decade, the two venues were among the busiest in the college space. Christenson was instrumental in booking 175 events per year between the arena and the stadium.

Helping to bring The Eagles, Metallica, Dave Mathews Band, NSync and George Strait, Lollapalooza, three U2 tours and a five-year run of Grateful Dead shows to Vegas in the 1990s, Christenson was instrumental in developing the desert city into a sports entertainment hub on par with gambling.

Daren Libonati, executive vice president of Fuse Technologies, a curator of experiences tied to Las Vegas destinations, got his start in 1988 at Thomas & Mack Center under Christenson after serving an internship with the school’s facilities. Libonati, a former kicker with UNLV’s football team, spent about 19 years at his alma mater.

“The time and effort Pat has put into our sports and entertainment industry has been unmatched,” Libonati. “He took a liking to me at a young age and allowed me to run with more of a promoter mindset in a state institution and make (UNLV venues) competitive in a highly competitive environment. That’s the sign of a leader.”

In 2011, Christenson accepted the position of president of Las Vegas Events, where he and his team have been responsible for attracting and growing signature events. To that end, the National Finals Rodeo has become an event that takes over the city every December during a period that had previously been a slow season for Vegas visitation.

All told, the non-gaming economic impact from those events jumped from $109 million in 2001 to $535 million annually between 2015 and 2019, according to Las Vegas Events data.

“It isn’t about getting there, it’s the trip,” Christenson said. “I look back on the 40-plus years I spent in Vegas and what a trip. What a trip.”